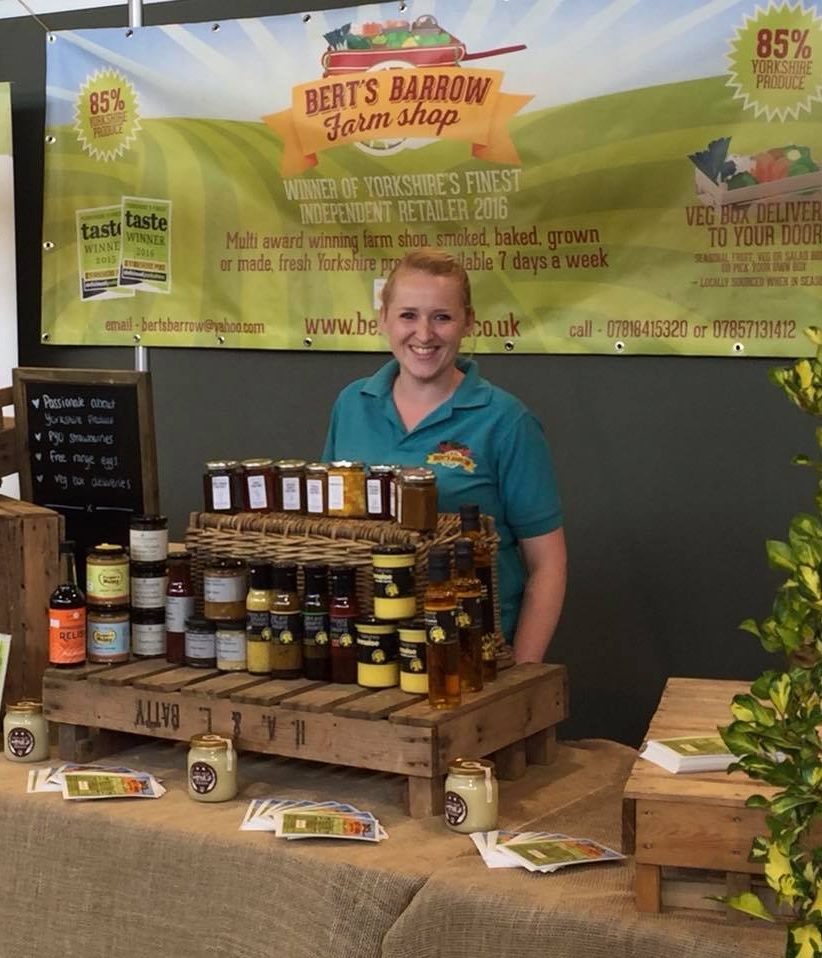 The team at a family run farm shop are celebrating after being shortlisted for a prestigious award.

Charlotte De Ville who works for Bert’s Barrow in Hillam near Selby, has been shortlisted for The Rural Business Awards North’s Rural Employee of the Year award.
Run by husband and wife team Charlotte and Jason Thompson, Bert’s was originally started as a barrow and an honesty box at the side of the road by Jason’s father some before being grown and developed in an award winning business in 2014.
Charlotte said: “We are absolutely delighted that our fabulous Charlotte has been shortlisted for the award. She’s a star and has been with us for the last 3 years so we’re really pleased for her!
“The Northern region is the biggest area covered by the awards and includes business from the whole of Scotland to as far south as Cheshire, and from the east to the west coasts, so to be included in the shortlist is an achievement in itself.”
Bert’s Barrow are also celebrating having recently also been announced as finalists in this year’s White Rose Awards in the Taste of Yorkshire category.

The nominations round off a busy period for the business having recently developed their barn to host weddings and regular events including Meet the Producer and Pop-Up Wood Fired Pizza and Beer nights.

The overall winners of this year’s Rural Business Awards will be announced at a ceremony in London this October.

For more information visit www.bertsbarrow.co.uk or find them on Facebook