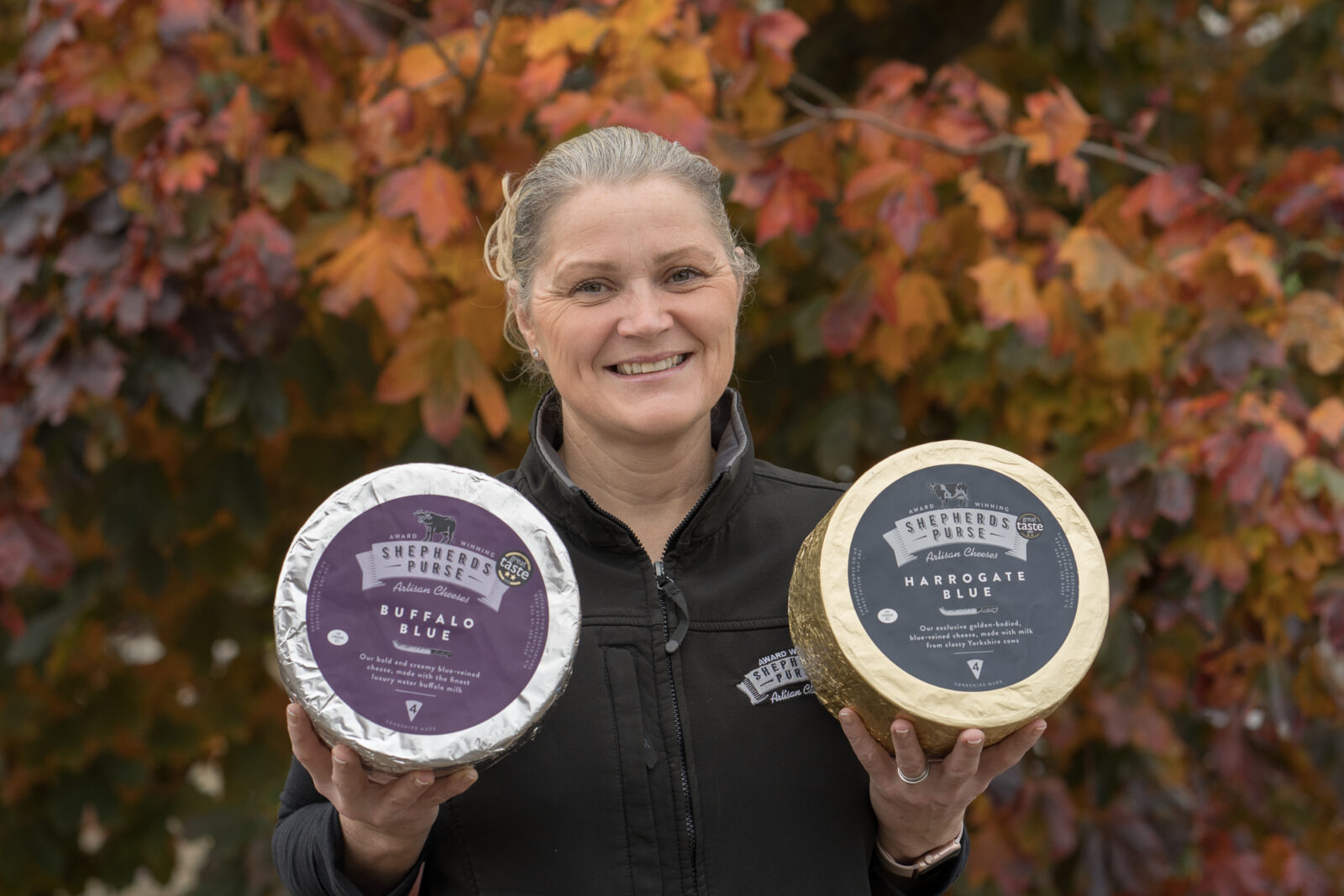 The team at a North Yorkshire based artisan cheesemakers are celebrating after receiving two prestigious accolades at the 2021 World Cheese Awards.

Shepherds Purse, who produce a range of award-winning cheeses using locally sourced cow, sheep and water buffalo milk at their family farm near Thirsk, were awarded two Super Gold medals in one of the world’s most respected fine food competitions held in Oviedo, Spain.

Organised by The Guild of Fine Foods, The World Cheese Awards receive over 4,000 entries from cheese producers across six continents each year, all judged by 250 experts in a single day.  The highest accolade at the event is the Super Gold award, whereby judging teams nominate one exceptional cheese from each table.

The winning cheeses in Shepherds Purse’s entry included Mrs Bell’s Blue and Northern Blue which each took home a Bronze medal, and Harrogate Blue and Buffalo Blue that achieved the distinguished rank of Super Gold. One of only two cheese producers in the world to have two products in the top ranks.

2021 is not the first time the family-run cheesemaker has seen success in the annual competition, having previously won eight medals ranging from Silver to Super Gold over the last six years.

Founded by Judy Bell in 1989, Shepherds Purse have been awarded over 300 prestigious industry titles along the way and is now run by Judy’s two daughters Caroline Bell and Katie Matten who took over in 2012.

Speaking on the latest additions to their many accolades, director, Caroline said: “It is incredible that we’ve received two super golds for Harrogate Blue and Buffalo Blue, even one of these is very special so to get two is just incredible.

“These are huge results on a global stage where we were up against many other outstanding cheesemakers, so it’s an honour to be recognised for the care we put into crafting each individual cheese to achieve our award-winning flavours every time.”

Director, Katie added: “It’s a privilege to once again see a variety of our cheeses rank so high in the biggest cheese-only competition in the world. Cheese making is incredibly rewarding and incredibly difficult, especially when you are focussed, as we are, on delivering world-class cheese in every batch, so to have our team’s hard work recognised and enjoyed on the world stage is a huge boost.”

Shepherds Purses Cheeses are available to buy nationwide in farm shops, independent retailers and selected supermarkets as well as online at www.shepherdspurse.co.uk