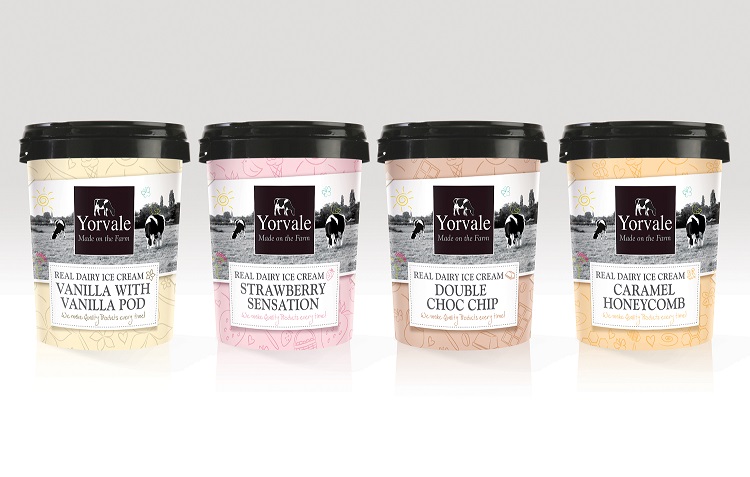 An award-winning ice cream producer is celebrating after gaining a contract with one of the region’s most grand and historic stately homes.

Castle Howard, near Malton, now stocks 120ml tubs of Yorvale’s popular ice cream flavours in the Fitzroy Café as well as a selection of flavours, available from the Boathouse café and the coffee shop.

Company director Lesley Buxton, who runs the business with husband Ian, said this latest addition to their Yorkshire market is excellent for the business.

“Castle Howard is a magnificent stately home and it makes us proud to know our ice cream sits alongside some of the region’s best food and produce.”

Jane Nordli, Castle Howard’s head of catering said: “We chose Yorvale ice cream because we’re impressed by the taste, and although we only started stocking it in May, we’ve had nothing but positive feedback so far.”

It’s not just in Yorkshire that fans of the dairy ice cream can get hold of the popular, real dairy ice cream – the company also supplies to a number of outlets in London, proving they can compete with the best of the larger ice cream producers.

Yorvale has also attracted listings at other historical venues, museums, parks and attractions in the capital including the Natural History Museum, the British Museum, the Victoria and Albert Museum, Westminster Abbey, the Cutty Sark, Regent’s Park and the Serpentine Lido in Hyde Park. In addition, the University of Oxford’s Ashmolean Museum is another of Yorvale’s stockists outside of Yorkshire.

Yorvale has been producing ice cream from its farm based business for 26 years. Its ice cream is also available nationwide via selected wholesalers and from independent retailers, visitor attractions and supermarkets throughout Yorkshire.