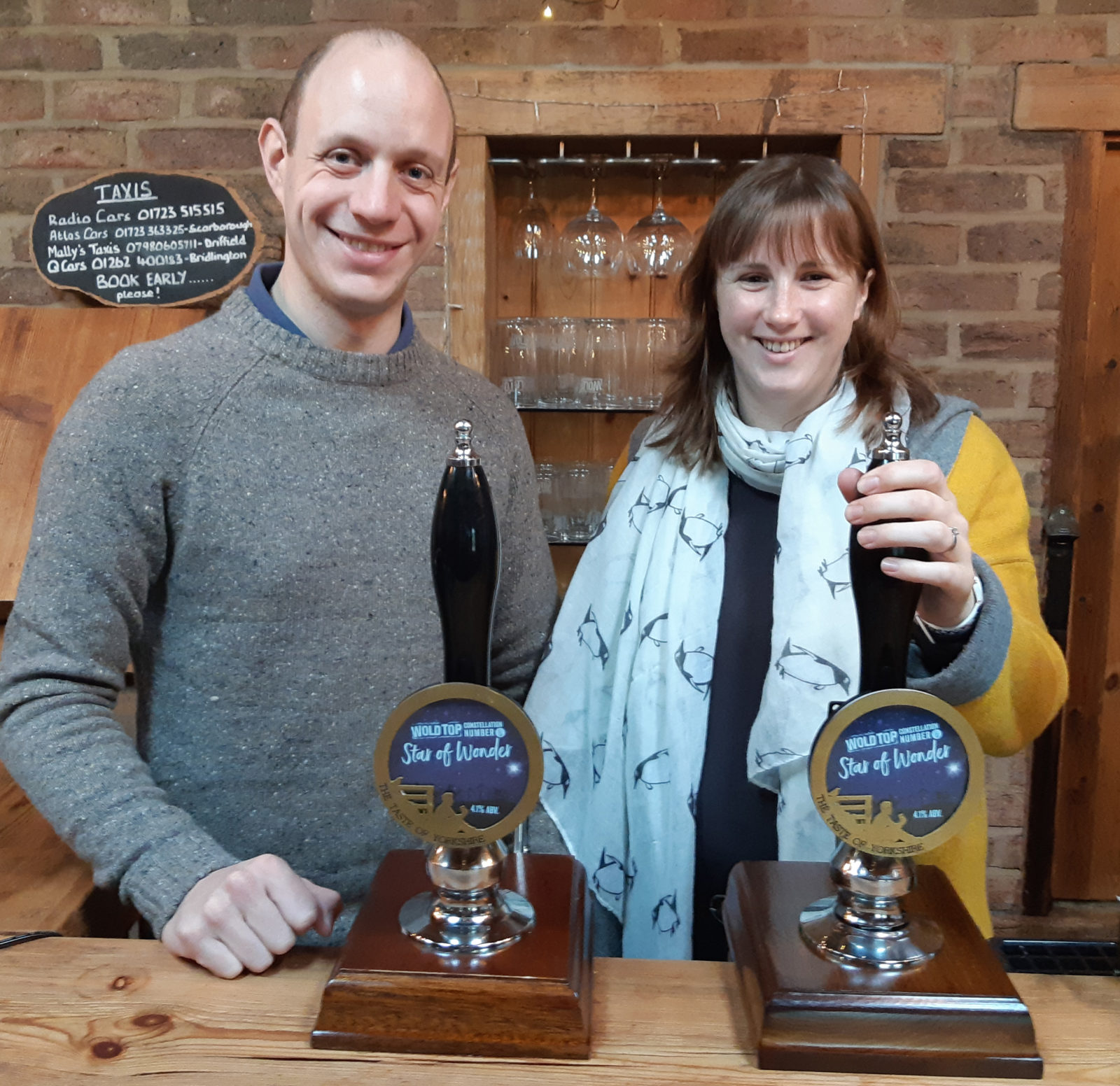 The team at a Yorkshire Coast brewery is hoping that drinkers will raise a glass to its Christmas brew as it launches a new festive beer.

Star of Wonder is the sixth and final limited edition beer in Wold Top Brewery’s Constellation Series and will be available throughout December.

A dark and complex malt forward brew, Star of Wonder, 4.1% ABV, is ideal for relaxing with around the fire over the festive period.

Brewery Manager Alex Balchin said: “It’s the perfect time of year for a dark, warming beer and although we’re passionate about creating great beers all year round, we wanted to release a special beer for Christmas and the New Year.

“With subtle hints of coffee and deep malty notes, this style of beer harks back to a time when brewers would typically produce a rich, strong and warming beer for wintertime.”

Wold Top’s perennial favourite, Shepherd’s Watch beer will also be available in bottles and in a limited supply of casks throughout December.