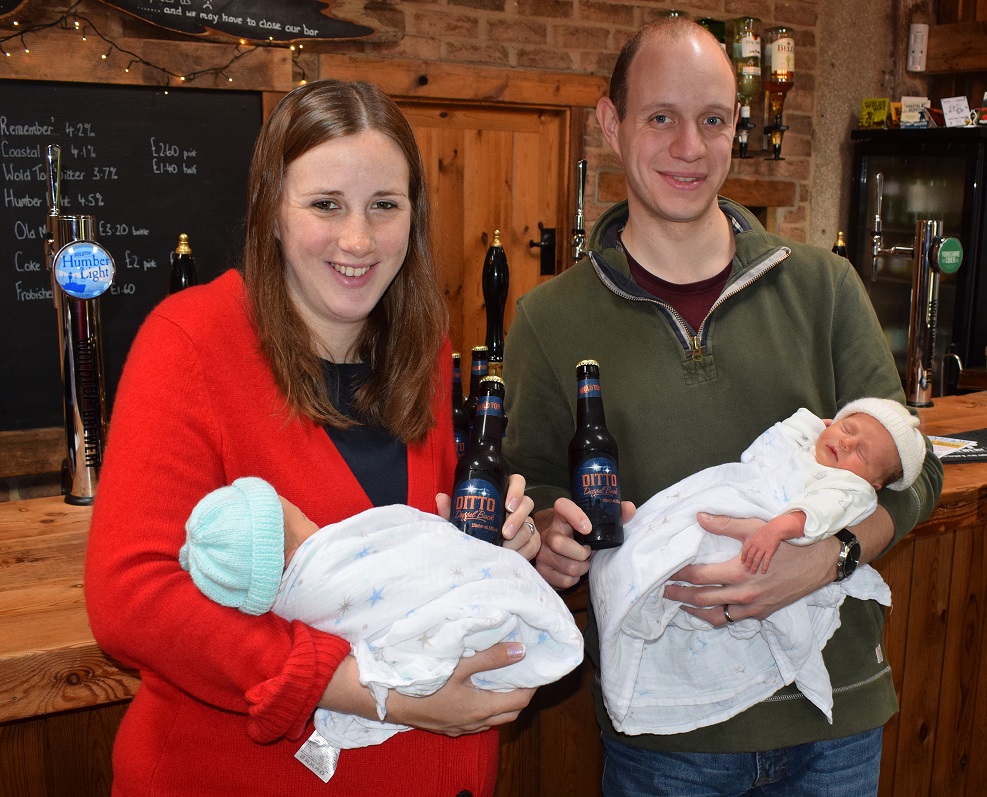 Two new arrivals into a Yorkshire Wolds brewing family are being celebrated with a limited-edition beer.

The birth of identical twins Elizabeth and Matilda Balchin marks the fifth generation of the Mellor family, owners of Wold Top Brewery, and to mark the occasion, the Wold Newton based business has launched a new Doppelbock-style beer called Ditto (7% ABV).

The twins are the daughters of Kate Balchin (née Mellor), export and accounts manager and husband, Alex Balchin, brewery and bottling manager.

Tom said: “The twins and mum are doing really well, and we’ll be toasting them with this special edition beer! We’re delighted to welcome the next generation of the family, and we’re overjoyed for Kate and Alex. It’s a real pleasure to brew and name this beer in Elizabeth and Matilda’s honour.”

Ditto is a rich, dark, malty beer with a lightly hopped edge brewed from a blend of Munich and crystal malts.

Doppelbock, translated as double bock, is typically darker than standard bock beer (a dark, malty, lightly hopped ale), and generally has a very full-bodied flavour and higher level of alcohol.

Ditto is limited to 3,000 330ml bottles and is available directly from the brewery, online at www.woldtopbrewery.co.uk and from selected independent retailers and farm shops.