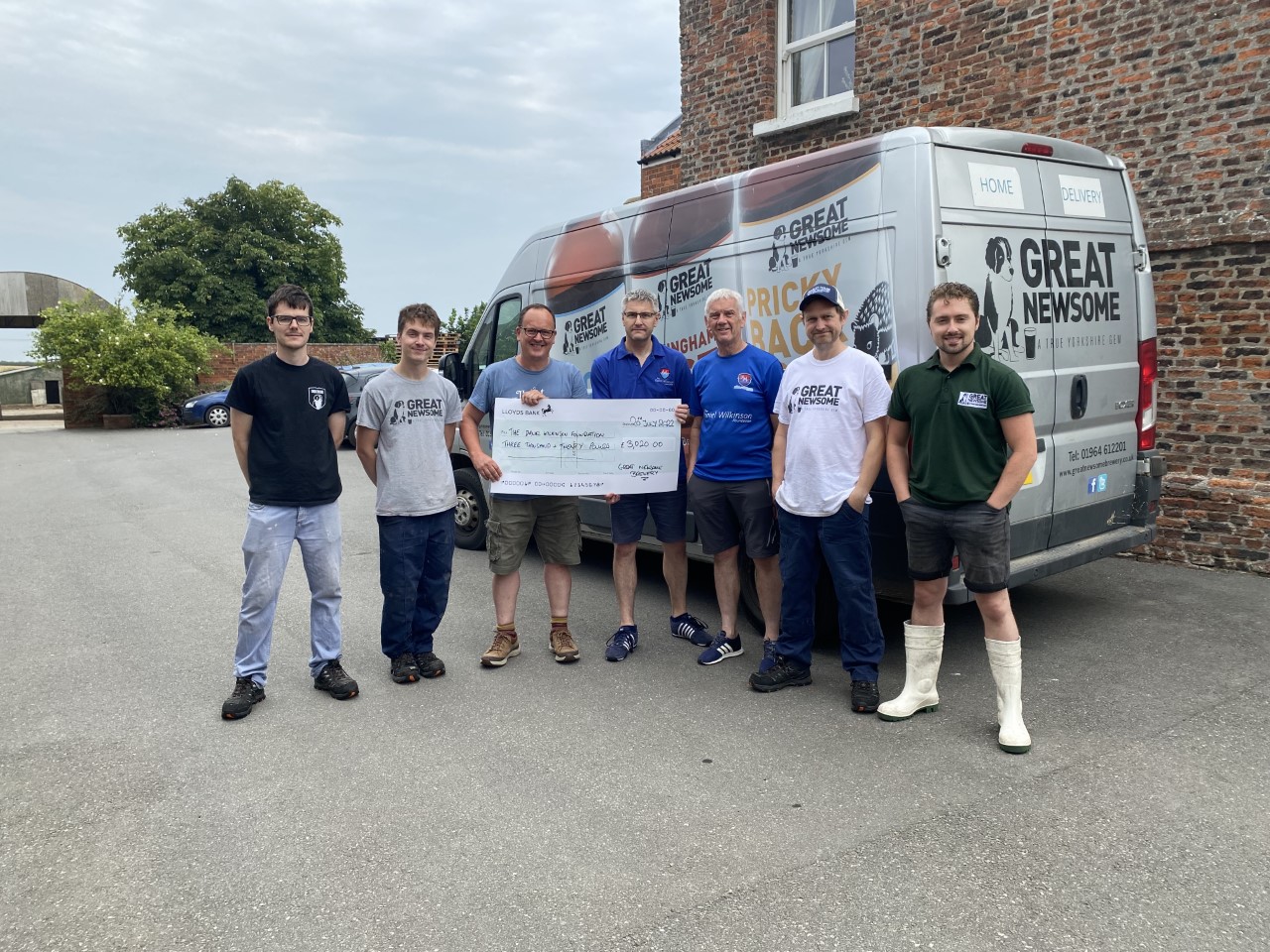 The event run by the team at Great Newsome Brewery in South Frodingham, welcomed over 800 people to the 2-day spectacular amongst the Holderness countryside along with local bands, food trucks and of course, craft beer.

Now in its 6th year, Festivale raised a total of £3,020 in much-needed funds for the Yorkshire-based Daniel Wilkinson Foundation, a charity that provides CPR training, defibrillators and heart screenings to grassroots sports teams.

Founded by Barry and Gill Wilkinson following the tragic death of their son, Daniel, due to a rare heart condition known as ARV, they, along with Daniel’s cousin, Phil, collected the cheque last week from members of the Great Newsome Brewery team.

Since its first year, Festivale has raised over £13,000 for local charities and is set to continue next year with the 2023 event confirmed as 16 – 17th June.

Matthew Hodgson, Director at Great Newsome Brewery said: “It was great to be back for our first Festivale since Covid, and we hope everyone enjoyed themselves as much as we did!

“We love being able to hold such a fantastic event, but also raise much needed funds for local organisations such as the Daniel Wilkinson foundation alongside it.  We are delighted to be able to present this cheque which will hopefully make a big difference in helping the team with their important work.”

Brewing beer at the family farm in East Yorkshire since 2007, Great Newsome’s award-winning range is sold throughout Yorkshire, and the UK as well as European markets, with names inspired by local places, history, nature and dialect such as Pricky Back Otchan, Sleck Dust and Frothingham Best, which won a World Gold and European Gold in the World Beer Award.

For more information and to buy their range online visit www.greatnewsomebrewery.co.uk