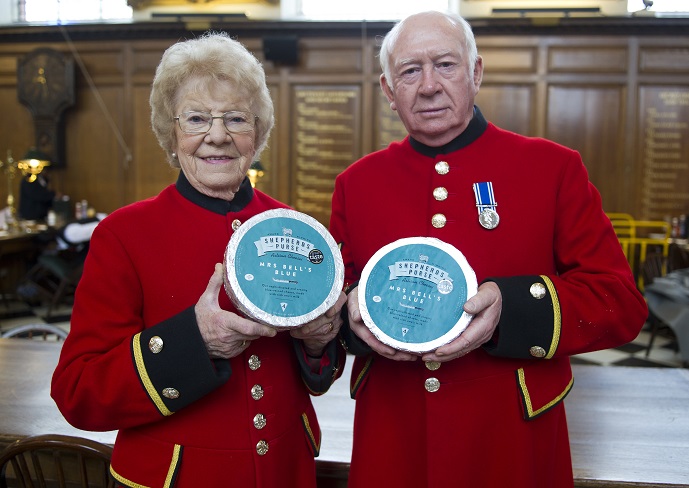 The Chelsea Pensioners enjoyed a taste of Yorkshire earlier this month at the Royal Hospital Chelsea in London. 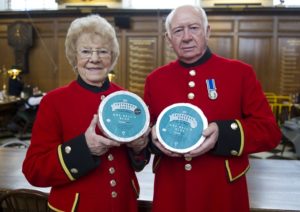 A 3kg Shepherd’s Purse cheese took center stage at the annual ceremony of the Christmas Cheeses, a tradition that dates back over 300 years and celebrates the role of cheese in feeding the armed forces.

The centuries old tradition began in 1692 when the Royal Hospital asked a local cheese monger to provide the Pensioners with cheese as a Christmas treat and since then Cheesemakers across the UK have continued the tradition.

This year the Chelsea Pensioners were joined by The Military Wives Choir who were the guests of honor at this year’s Ceremony and delighted guests with their rendition of Christmas classics Winter Wonderland and Jingle Bells.

Ash Amirahmadi, chairman of The Dairy Council who have organized the event for the last 50 years, said: “the Ceremony of the Christmas Cheeses is one of the dairy industry’s most treasured events. It is a delight to be kicking off the festive season with such a joyful and colourful occasion.

“Cheesemakers from across the country have once again done us proud by donating an outstanding 246kg of fine quality British cheese. Dairy products represent a very important part of the veterans’ diet and it has been great to celebrate this with the Chelsea Pensioners and the Military Wives Choir today.”

Judy Bell, Chairman of Shepherd’s Purse Cheeses said: “We love supporting this event each year and celebrating the tradition of the Ceremony of the Christmas Cheeses.  It’s a great way to kick of the festive season and support the fantastic work of The Royal Hospital in supporting veterans.”