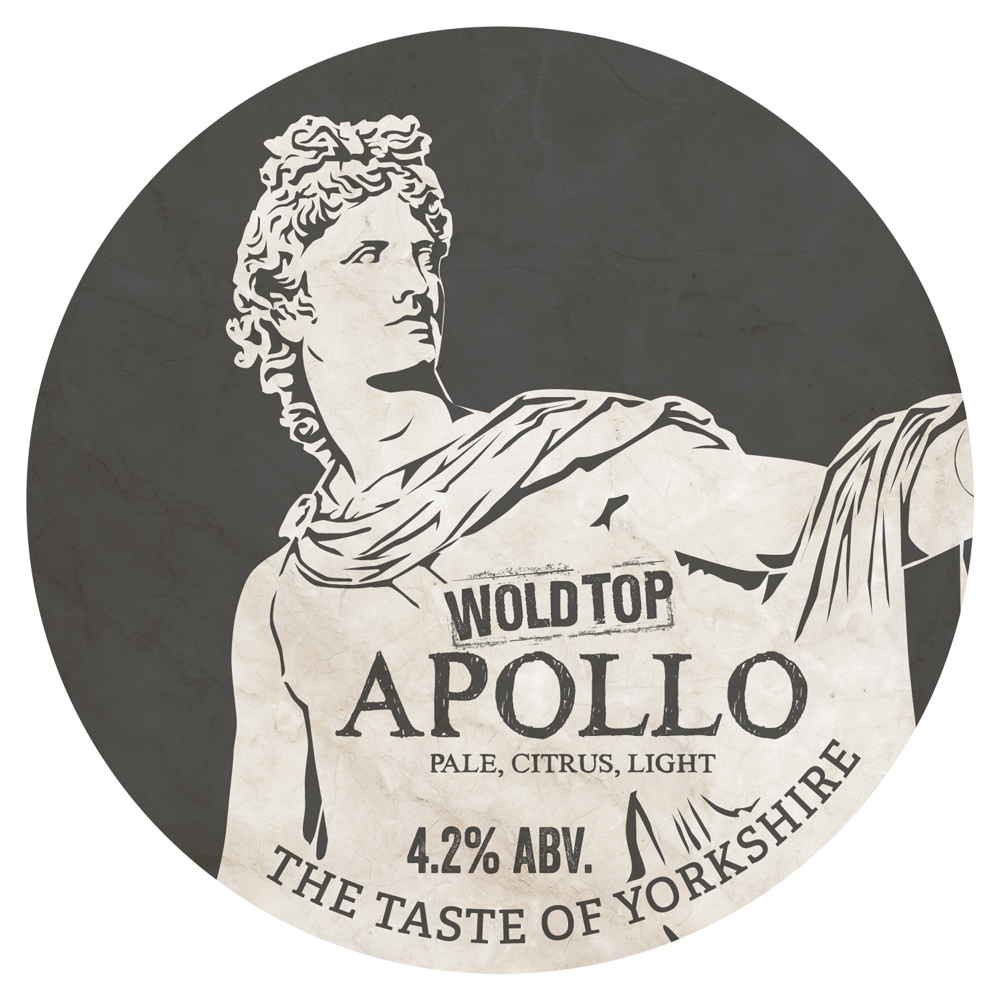 A Yorkshire coast brewery has turned to Greek mythology to inspire six new beers that have been brewed exclusively for pubs, hotels and restaurants throughout Yorkshire.

The third of the six Wold Top Brewery cask beers is inspired by the God of the sun, Apollo’s light blonde hair and will be available from mid-June. It’s described as a very pale beer with big hop notes of grapefruit, lychees and citrus and an ABV of 4.2%.

It will be preceded at the start of May with another limited edition seasonal cask beer, multi-award winning Scarborough Fair IPA, which is also widely available in bottles. Esteemed beer writer Roger Protz selected the gluten free beer as one of his top ten IPAs in the Good Beer Guide 2018, where he described the 6% triple hopped beer as having the ‘strength of a Victorian original’ whilst applauding the ‘refreshing’ beer for its ‘big punch of hops balancing lightly toasted malt from barley grown on the brewer’s farm’.

Brewing manager, Alex Balchin is very pleased with the reaction to the 10 limited edition beers that have been released so far this year: “The combination of tried and tested beers combined with brand new brews has definitely piqued the interest of the local publicans who are always looking for something new and different to put on the bar. We’re very grateful for their support in making them a success.”