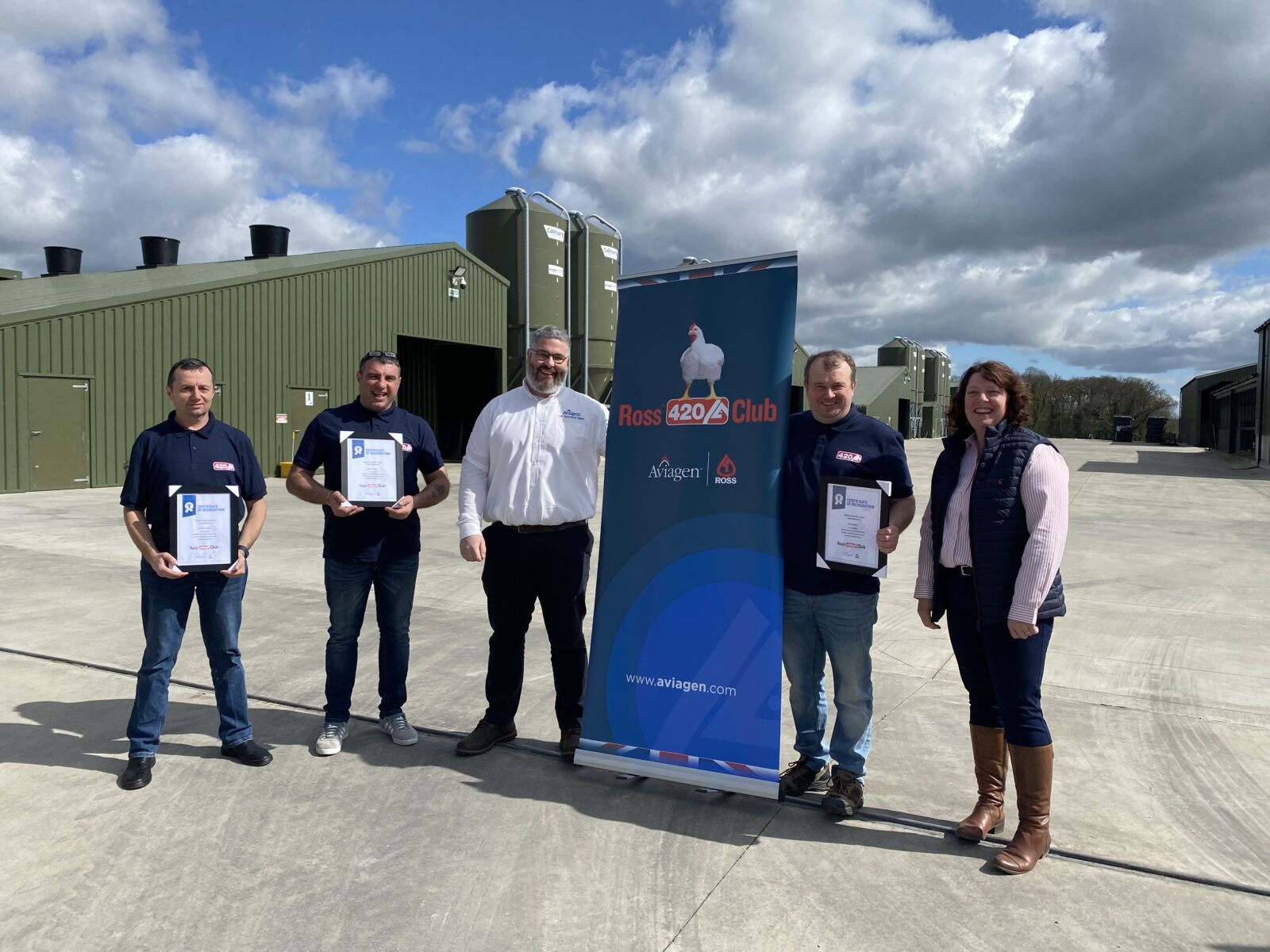 The team at Middleton on the Wolds based Soanes Poultry are celebrating after three of its employees joined an exclusive club placing them in the top 1% of the UK’s poultry industry.

An internationally recognised measure of recording flock results, EPEF takes into account the feed conversion ratio of the birds (i.e. how much they have grown in comparison to what they have eaten), and overall weight compared to age and other factors.

Aviagen has been a preferred global poultry breeding company since 1923 with a mission to help its customers, chicken meat producers around the world, supply sustainable, affordable and nutritious protein to their growing communities.

Aviagen’s UK Technical Service Manager, Kieron Daniels said: “Aspiring to be part of the 420 Club is what inspires growers to work so hard to achieve their scores.

“It’s great to welcome Graham, Gabriel and Andrew to the Club. Membership has grown from just three to over 650 members in the last 13 years, and the high-scoring individuals in the 420 Club represent an exclusive top 1% of the UK poultry industry.”

Clive Soanes Broilers is the growing arm of Soanes Poultry and is a family-owned business that was founded by Tom Soanes in 1947.

Claire Wright, MD at Clive Soanes Broilers added: “We’re delighted that three of our farming team have become members of the Ross 420 Club. It’s a great achievement by Graham, Gabriel and Andrew that puts them up there alongside other distinguished growers in the 420 Club’s elite of British growers.

“The team have worked incredibly hard, paying attention to every detail of rearing to achieve this level of performance and high levels of animal welfare.”