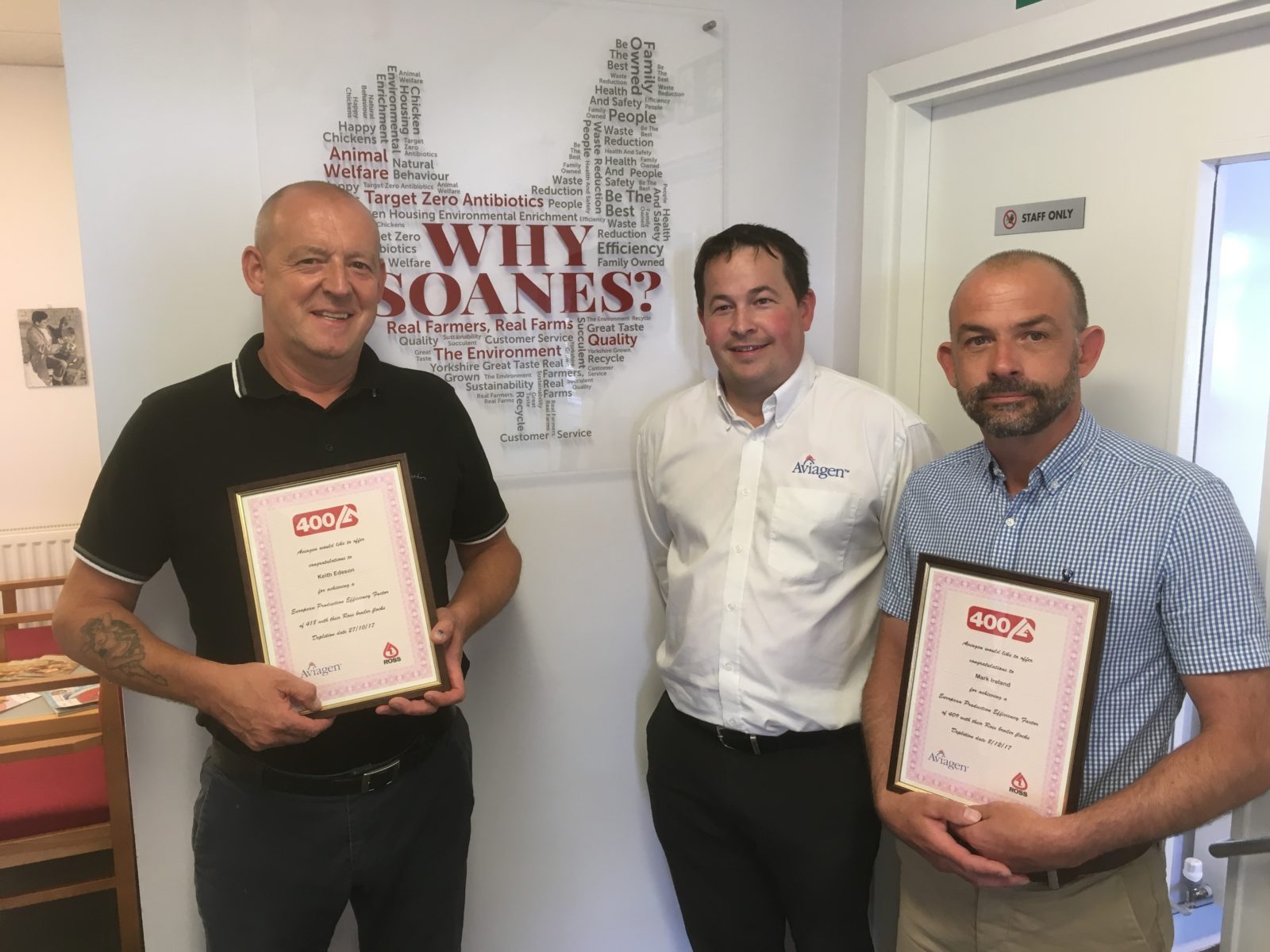 The team at an award winning Middleton on the Wolds chicken business is celebrating after two of its employees joined an exclusive club that places them in the top 1% of the UK poultry industry.

The EPEF measures production efficiency by taking into account a number of influences on performance, such as nutrition, feed efficiency, husbandry, and production management.

Of the achievement, Stuart Thomson, Aviagen UK Head of Sales and Technical, said: “Aspiring to be part of the Ross 400 Club is what inspires growers to work so hard to achieve their scores.

“It’s great to welcome Mark and Keith to the Club. Membership has grown from just three to 350 members in the last nine years, and the high-scoring individuals in the 400 Club represent an exclusive top 1% of the UK poultry industry.”

Soanes Poultry’s General Manager, Nigel Upson, added: “We’re delighted that two of our farming team have become members of the Ross 400 Club. It’s a great achievement by Mark and Keith that puts them up there alongside other distinguished growers in the Ross 400 Club’s elite of British growers.

“Our lads have worked incredibly hard, paying attention to every detail of rearing to achieve this level of performance and coupled it with huge focus on welfare of the birds.”

Nigel also added that Ross 400 Club membership was the perfect complement to the company’s three 2018 Great Taste awards from the Guild of Fine Foods and ‘Supreme Champion’ award for its chicken fillets at the Deliciouslyorkshire Taste Awards, 2017.