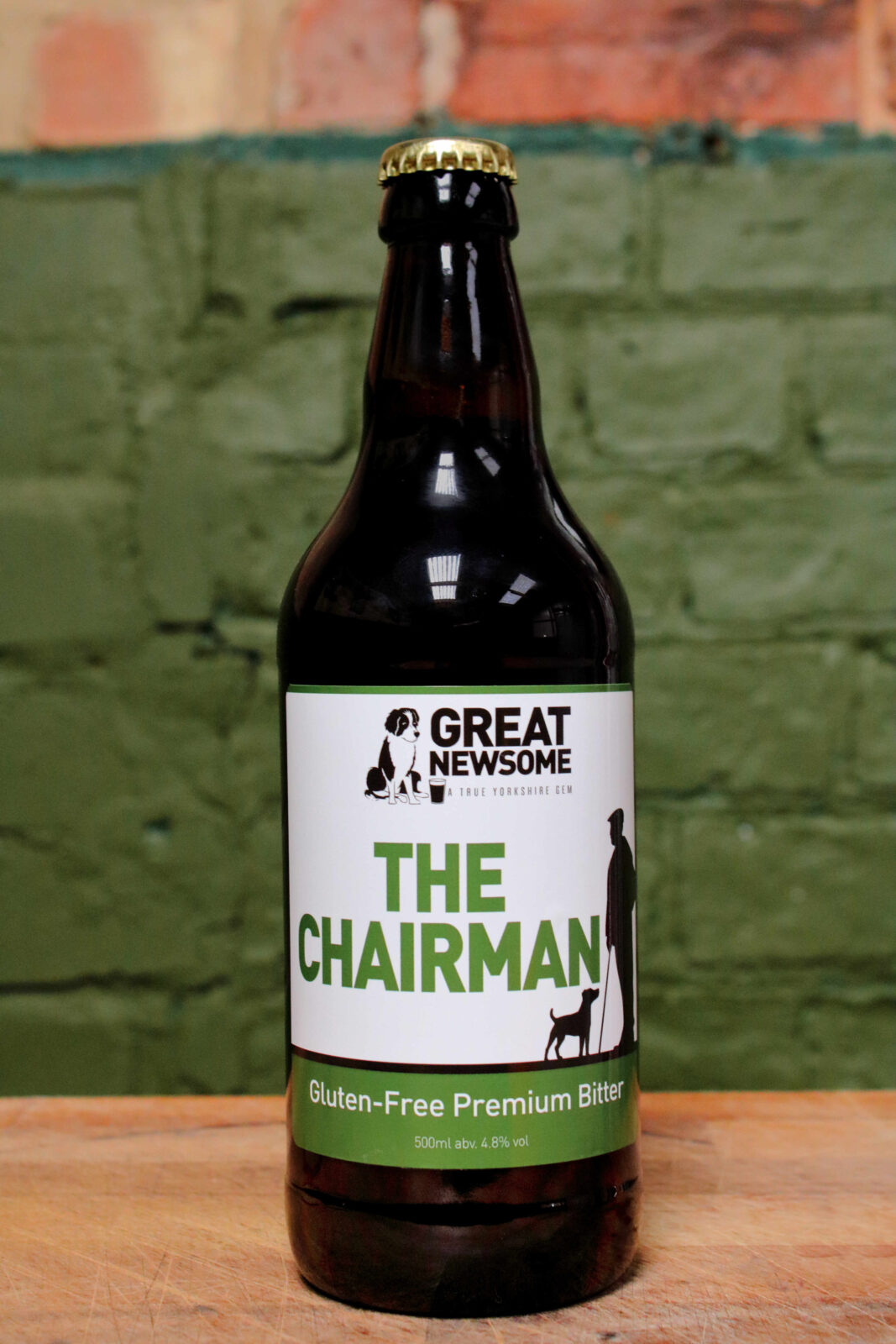 Great Newsome Brewery based at South Frodingham near Hull have released The Chairman, a gluten free 4.8%, copper-coloured premium bitter made using a four-malt-mix.

Brewery Director Matthew Hodgson said: “For us, brewing gluten-free beer was something of an inevitability. Our customers have been requesting it for a while now, so we decided it was time we had a crack at making some.

“Our mission from day 1 has been to show people that craft beer can be something accessible and easy to get into. If we can do something that allows more people to try our beer — like doorstep deliveries, open days and mini kegs — then you can be sure we’ll give it a go and gluten-free beers are all part of that.  We use an enzyme to remove the gluten during the brewing process which means that the beer tastes exactlythe same, just without the gluten.”

Great Newsome previously brewed The Chairman annually as a cask-exclusive premium bitter.  However, Covid-19 forced them to reconsider their typical beer calendar and the team decided to try something different.

Matthew continues, “The pandemic made us to focus almost entirely on bottled beer. The Chairman was previously only available in pubs but as people really enjoyed it we decided to bottle it and add it to our doorstep deliveries during lockdown and it’s been a great success.

“I can’t really express how thankful we all are for the support we’ve received throughout this time. I’m glad people are excited for The Chairman, because we’ve put a lot of work into getting our first gluten-free beer just spot-on!”

The beer is a tribute to Cec Hodgson — an important figure in the Hodgson family’s history. After Cec became the chairman of a local agricultural services firm, the nickname stuck with him throughout the rest of his life.

“He was always a real character, larger than life,” says Matthew. “It’s always nice when someone asks us about the beer, because it just lets us keep his memory alive in some small way. You really don’t meet many people like Cec.”

For more information and to buy online visit www.greatnewsomebrewery.co.uk