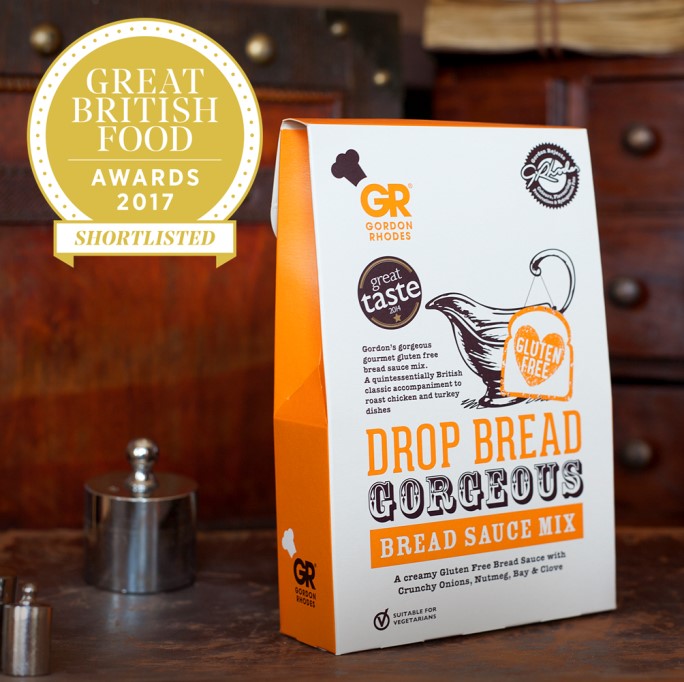 A West Yorkshire based company famed for their delicious slow-cooker sauce mixes, wicked hot rubs and gluten free dinner accompaniments, are celebrating after being shortlisted in The Great British Food Awards 2017.

Gordon Rhodes, based in Bradford have been recognised for their Gluten Free Drop Bread Gorgeous Bread Sauce Mix which has been shortlisted in the Gluten Free Category where they will be up against some of the best gluten free products available from artisan producers across the UK.

Communications Manager Claudia Bennewitz said: “We’re thrilled to have been shortlisted for such a prestigious award.  The Awards attract entries from some fantastic artisan producers and are an amazing opportunity to celebrate what’s made here and to encourage people to support small, local producers”

First launched in 2014 to celebrate the country’s finest home-grown ingredients, as well as the hard-working folk who produce and cook with them, the Great British Food Awards have fast become a highlight in the fine food producers’ calendar. The winners of the 2017 awards will be announced later in the summer.