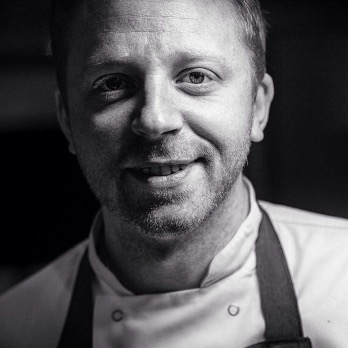 Harewood Food & Drink Project return with their flagship fine-dining event, Dining Room at the Hovels, this summer, with the first in a series of guest chef slots announced.

Nick Edgar, former Head Chef at Raymond Blanc’s two Michelin starred Le Manoir aux Quat’Saisons before moving to The Samling, where he attained one Michelin star and was voted Cumbria Life Chef of the Year in 2017, will be cooking over three nights at The Hovels on the 21st, 22nd and 23rd July.

Nick, who is currently the Executive Chef at Hambledon Vineyard in Hambledon, Hampshire has designed a bespoke menu for the event and will work alongside the Harewood Food & Drink Project’s chef and front of house team to create the truly unique experience.

With an optional drinks pairing available to purchase on the night which will include Hambledon Vineyard’s own award winning sparkling wines, the menu will feature produce sourced directly from the Harewood Estate throughout, including meat from Harewood’s livestock, fruits and vegetables from the Walled Garden and wild foods foraged from around the Estate.

Nick will be the first of a series of high-profile guest chefs that will be collaborating with the Harewood Food & Drink Project over the course of this year, with more names and dates to be announced shortly.

The Harewood Food & Drink Project was set-up in 2016 to celebrate the heritage of food and drink production on the historic Yorkshire Estate. Receiving widespread acclaim for their innovative use of their produce, the team have run a series of sell out “Dining at the Hovels” events over recent years welcoming guests to intimate and unusual settings.

Managing Director, Eddy Lascelles said: “We’re so excited to be back doing what we love, bringing people together to enjoy incredible food and drink in a relaxed environment.

“When we set up HFDP we wanted to create menus which were built around produce sourced from the estate. To be working with a chef with the pedigree and passion of Nick is something myself and the team here are incredibly excited about.  As soon as Nick and I started speaking about our ideas for the event it was just a no brainer.

“We’re blessed with access to exceptional quality produce and I can’t wait to welcome our guests back, I know they’re going to love the menu that Nick’s put together.  He is the first in our guest chefs series this year and I couldn’t have hoped for a better chef to kick the series off.”

Tickets are priced at £90 each for the full tasting menu and are available to purchase online at www.exploretock.com/harewood