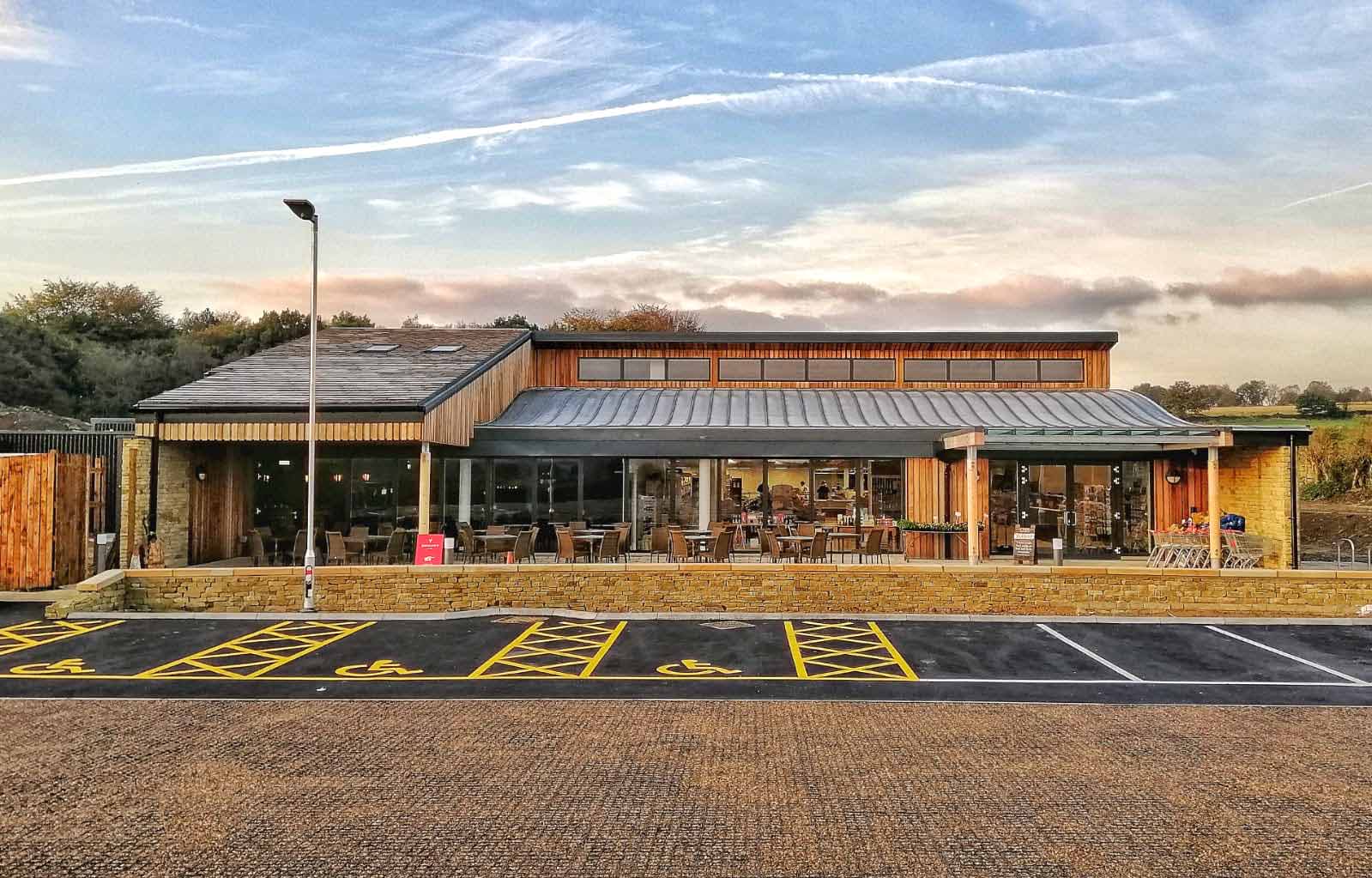 A West Yorkshire farm shop are celebrating after winning a design award for their building which was previously devastated by a fire.

Established in 2012, the prestigious awards are presented each year to the very best developments within the Huddersfield area that have been completed over the previous two of years.

The shop, which dates back to the 1960s and is thought to be the oldest farm shop in the UK was destroyed by a fire in July 2010 caused by an electrical fault and had to be relocated into temporary accommodation on the same site while planning permission was sought and the new building constructed.

Partner and a fourth-generation family member Simon Hirst said: “We’re delighted to of received this award and it’s come at the end of a long road since the fire.  The old farm shop was houses in what was originally a poultry shed so it had its limitations. What we have now is a palace by comparison and we are so proud of it.”

Although the business can trace its roots back to the 1920’s the original farm shop itself was set up by Simon’s grandad, Charlie Hinchliffe in 1970 after people kept calling at his poultry farm to buy fresh eggs. The business has since grown to include an inhouse butchery, restaurant and event catering as well as venturing into online sales and home deliveries.

Simon continues: “At the moment the shop has a large marquee at the front where people can sit out and dine under heaters but that will be replaced with a permanent roof in the coming months but still open so people can admire the view. Covid has got people used to dining outside and I think that’s something that will stay. We make it really comfortable with powerful overhead heaters so people can sit out in all weathers.”

The new farm shop’s design gives the impression that it’s constructed from dry stone walls and could still expand further if needed with planning in place for a gastro pub on the site too.