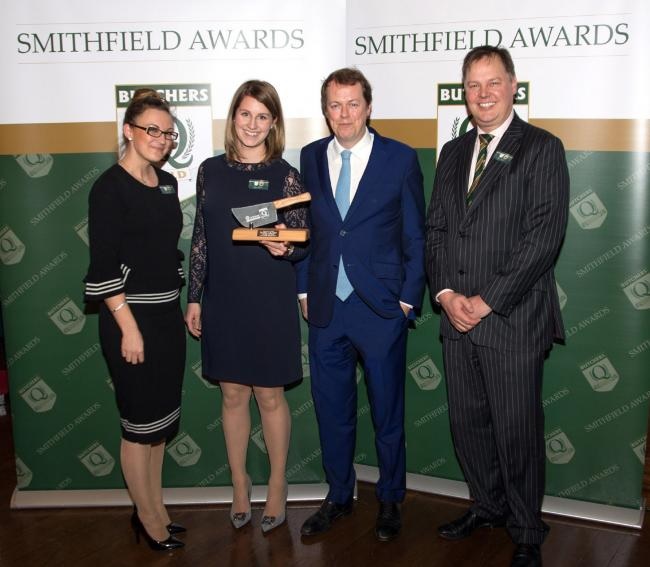 An Ilkley based butchers are celebrating after being honoured at the prestigious Butchers Q Guild Smithfield Awards.

Family run Lishman’s were awarded a sought after Diamond Award (category winner) for their Marmalade Glazed Ham in the Ready to Eat Meat and Roasts category after being awarded maximum marks by the judges.  They were also awarded 7 gold medals for their other entries including their Farmers Bacon, Chicken Balti Chef’s Pie and Pepperoni.

The high profile awards, which are held aloft as the Guild’s annual ‘Oscars’ take place each year to recognise and independently judge the products from the organisations 121 independent butchers members.

This year’ awards attracted a record entry of almost 600 individual products, a major increase on the previous year, from 61 butchers from the Scottish Highlands down to the south coast.

The winners were announced at a ceremony in Ironmongers Hall in London earlier this month, with the event itself hosted by food writer and critic Tom Parker Bowles.

Lishman’s Butchers was established over 30 years ago and is famed for its pork products, pies and home-made salami. Owner David said: “We continue to source the majority of our meat from established Yorkshire farms in support of our regional farmers who share our commitment to husbandry, welfare and outstanding quality. Ultimately, we know, trust and respect the farmers we buy from.

“None of our latest Smithfield accolades would have been possible without the continued hard work and dedication to high quality produce from the whole team at Lishman’s.  We’re delighted to have had our products recognised in this way.”