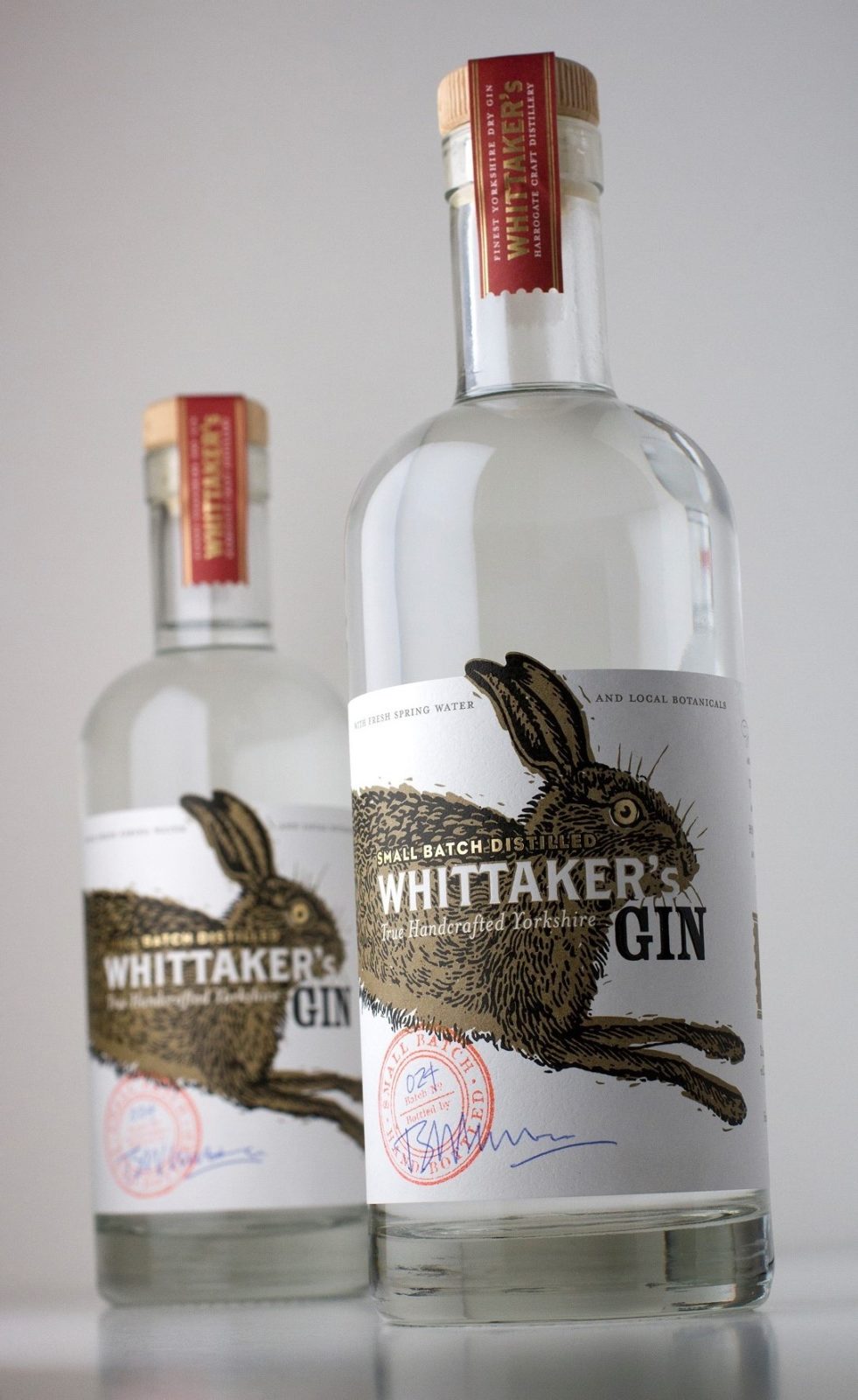 A new artisan gin, handcrafted in the heart of the Yorkshire Dales has won a global design award for their distinctive label. 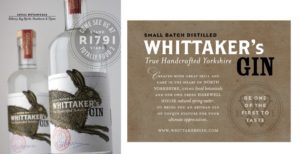 Designed by Nidderdale based design company dare! the label created for Whittaker’s Gin, which is produced by husband and wife team Toby and Jane Whittaker in Dacre Banks, has been awarded a bronze medal in the 2015 Harpers Global Design Awards.

Based on an original engraving by Northumberland farmer’s son Thomas Bewick in the 18th century, who spent his life perfecting the art of wood engraving, the hare image is quintessentially English and reflects both the flavours in the gin and its surroundings.

Jane Whittaker said: “We live at Harewell Farm and the surrounding fields are known for their hare population.  The image seemed to fit the bill perfectly with what we wanted to convey and the fact that it was drawn by a northern artist who was also a farmer’s son was even better.”

Simon Tame from multi-award winning design agency dare! said: “There has been an explosion in the number of gins coming to market over the past year or so and we knew that the package would have to work very hard to stand-out in an increasingly crowded sector. Unlike a lot of gin brands we didn’t have a large budget to explore unique bottles and expensive finishing so the arresting image of the hare provided the Whittaker’s brand with the strong shelf stand-out it required. We’re delighted with the success Whittaker’s Gin has had so far and delighted to have won the award which are organised by the top trade magazine for the wine and spirit business and attracts entries from all over the world.”

The artisan gin, which is rooted to its Yorkshire Dales landscape through a signature blend of local botanical including bog myrtle and hawthorne was launched at the CLA Game Fair in July 2015.  Having already gained a legion of loyal fans, the husband and wife team have recently produced their 1000th bottle.

With an already impressive list of stockists including Rudding Park, The Star at Harome, Hotel Du Vin and Fodder in Harrogate, Whittakers have also been invited to feature as Fortnum and Masons ‘Spirit of the Month’ in November, and the team will be heading down to the world famous London store to run tastings for customers ahead of the busy festive season.