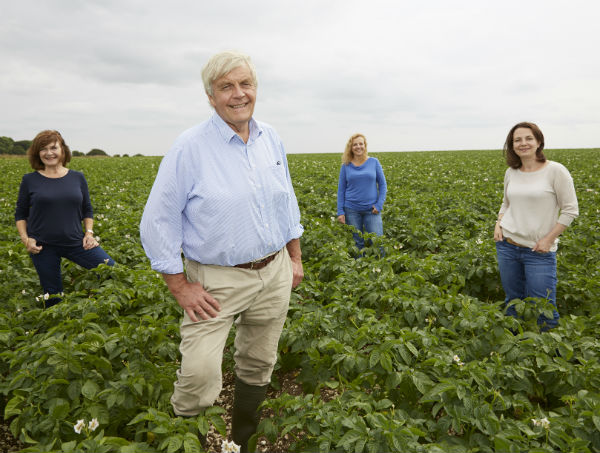 Rooted in the Yorkshire landscape…

You could say the Bannister family are a fixture in the Yorkshire Wolds, having farmed in the region for several generations. 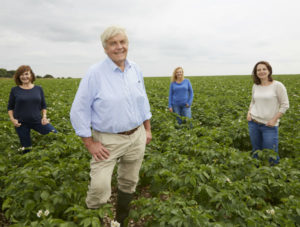 With a production facility based at the foot of the Yorkshire Wolds in Carnaby and still farming up on the Wolds, the family’s roots have weathered many a storm including the recent recession to not just survive but grow and expand the Yorkshire brand in some very testing times.

After taking over the reins of the farming business in the 1970s, Robert and Hilary Bannister knew that diversification would secure the farm’s future long term. The family began washing and selling their own potatoes direct to London restaurants, as well as at the capital’s larger food markets such as Spitalfields and Covent Garden, all the while building a reputation for their quality Yorkshire produce.

With the upsurge in convenience food and the needs of consumers changing, the family’s next venture came in 1985 when they founded Farmhouse Potato Bakers Ltd. Focussing on producing top quality frozen baked potatoes for the restaurant and catering industries throughout the country, the East Yorkshire-based business has become one of the most innovative potato companies in the UK.

With the business growing it was time for the next generation to get involved. At its heart, Bannisters’ Farm is a family business in the true sense of the word. Daughters Zoe (Commercial Director) and Marie (Sales and Marketing Director) have joined the firm, helping to move the business forward into new directions. 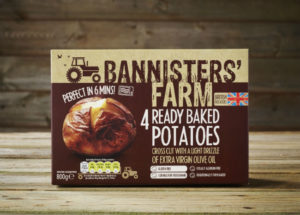 In 2007 the family launched the Bannisters’ Farm brand supplying their now extensive range to supermarkets across the UK including Tesco, Morrisons, Booths, Asda and Waitrose amongst others.

With their bestselling product still the classic Ready Baked Potatoes, the range has now expanded to include filled potato skins and jackets as well as a children’s product, Littl’uns 6 Small Baked Potatoes, whilst still producing a line of specialist products specifically for the catering industry.

You might think that launching a new brand in the thick of a recession would be doomed to failure but for Bannisters’ Farm it was good timing. With the downturn leading to growth in the frozen food sector and “eating in” becoming the new “eating out”, combined with an ongoing spotlight on farming, food production and provenance, the brand has grown rapidly. The sisters also believe that sticking to their Yorkshire farming roots has stood them in good stead.

“Our aim is simple and hasn’t changed from the outset: to produce the tastiest baked spuds in the UK,” say the Bannister sisters. “Farming and our Yorkshire roots are still a big feature in the business and you can tell from our branding that we are proud of our heritage.

Being a member of deliciouslyorkshire is also important to us and we benefit from being part of an organisation that champions local producers.”

With the product range growing and the Bannisters’ Farm brand now a fixture in supermarket freezer cabinets across the country, the business has won its fair share of awards from The Grocer Food and Drink Awards, British Frozen Food Federation, Excellence in Food Awards, as well as an award for innovation in 2014 from the Red Ribbon
Awards – celebrating Britain’s finest family-run businesses.

Plans for the future…

2015 marks 30 years since the start of Farmhouse Potato Bakers Ltd – a huge milestone by anyone’s standards. So what next for Bannisters’ Farm?

“To continue on our mission to produce the tastiest baked spuds in the UK!” 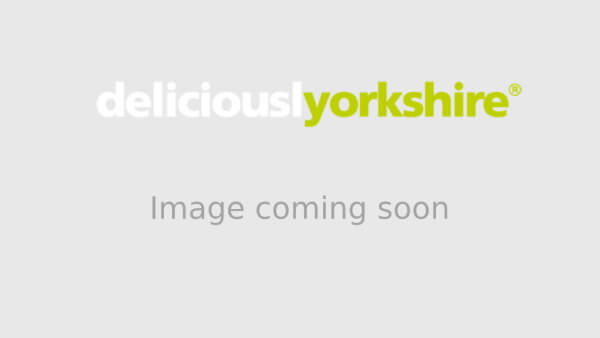