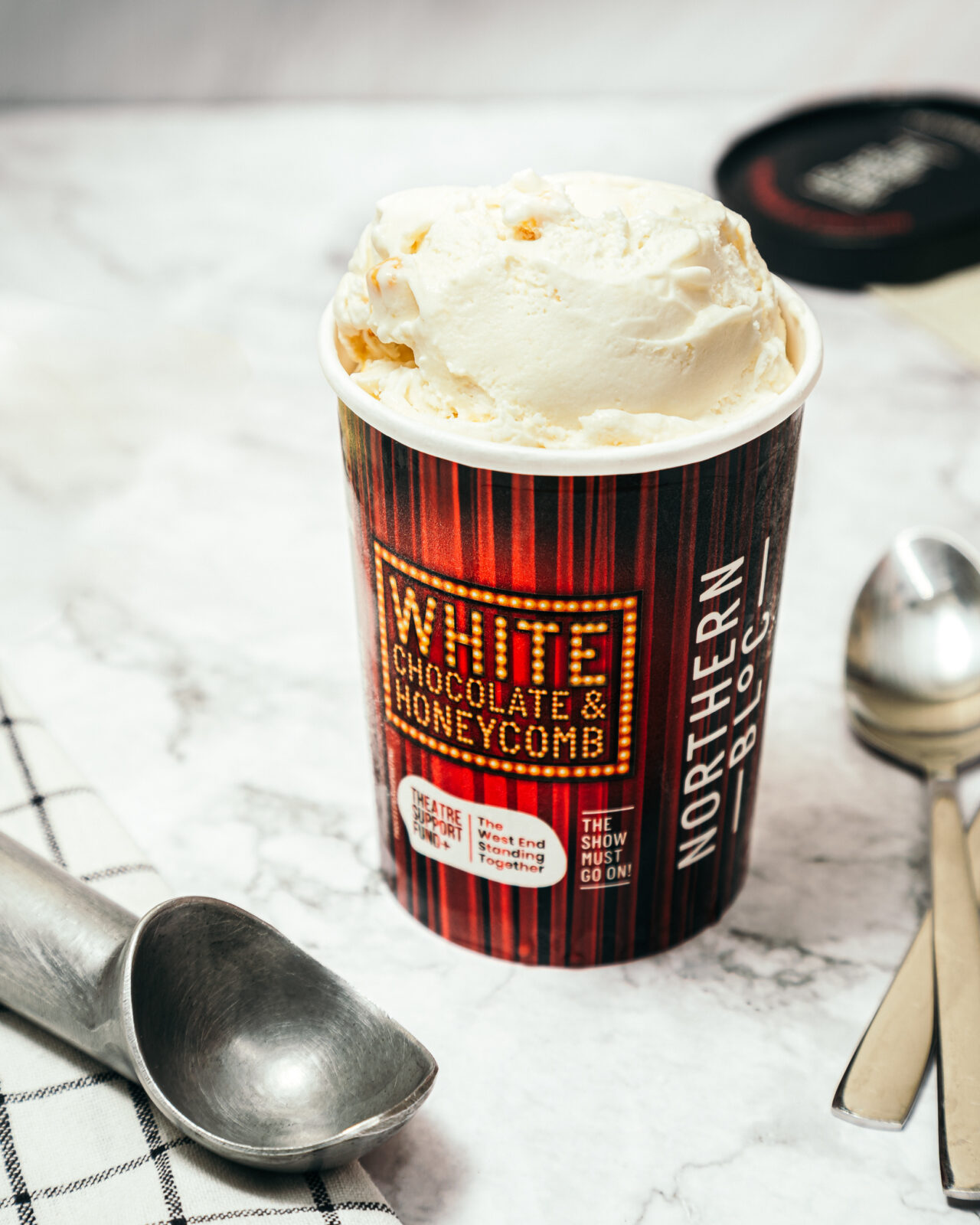 An enterprising ice cream company have launched a new product exclusively with Waitrose to help raise funds for the struggling theatre industry.

The Show Must Go On a new vegan white chocolate ice cream has been created by Leeds based Northern Bloc with profits from its sales raising funds for the Theatre Support Fund​+ organisation.

With the start of pantomime season here and theatres unfortunately still closed because of the pandemic, the cult ice cream brand launched the limited edition new line with the aim of specifically supporting the arts industry, after being supported by local theatres themselves when the company was in its infancy.

Laced with crunchy honeycomb pieces and autumnal caramelised flavours, the all-natural ice cream will be available in 500ml sharing tubs and cost £5.

Theatre Support Fund+ was founded earlier in the year by two West End employees and has been raising money to support charities responding to Covid-19 and the struggles of theatre employees throughout the pandemic.  Initially raising funds in the spring by selling The Show Must Go On! t-shirts featuring artwork from 16 of the West End’s most popular musicals, they continue to support charities including; Acting for Others and The Fleabag Support Fund who help the freelance workforce of the theatres, many of whom are entitled to no government support.

The new ice cream will be packaged in Northern Blocs new 100% recyclable, plastic free packaging, which was launched by the team earlier this year and saw them became the first ice cream brand in the UK to replace the coating on its paper tubs with a sustainable alternative to plastic made from sugar cane.

The Show Must Go On! joins Northern Bloc Vegan Peanut Chip and Vegan Salted Caramel and Almond Swirl in Waitrose.  For more information on Northern Bloc visit their website www.northern-bloc.com and to donate to the Theatre Support Fund+ visit www.theatresupportfund.co.uk