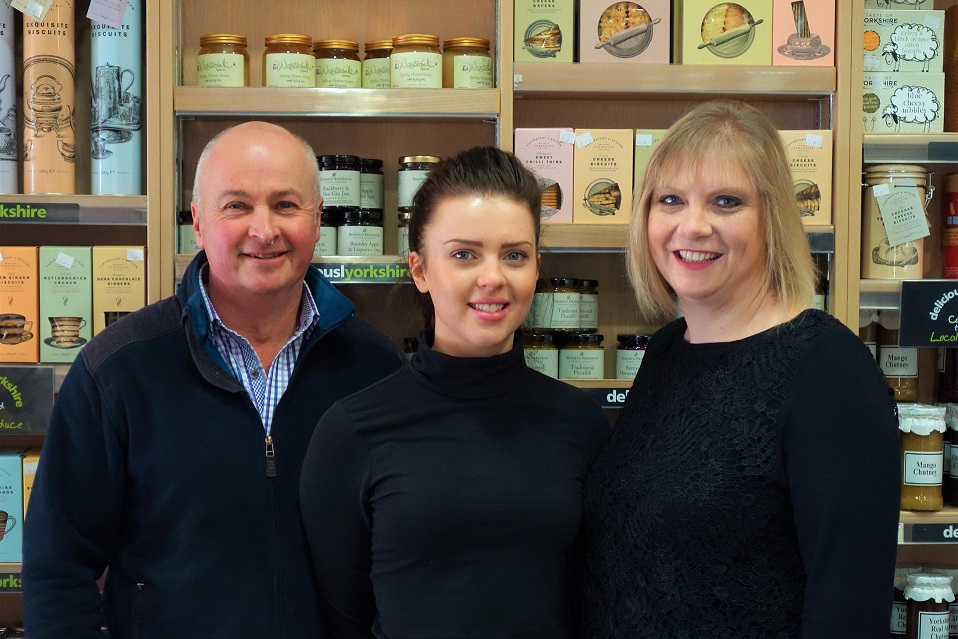 A North York Moors farm shop is celebrating after being shortlisted for two prestigious business awards.

Cedarbarn Farm Shop & Cafe’s run by Mandy and Karl Avison near Pickering have also been chosen from hundreds of entrants to be named Regional Finalist in the ‘Best of British’ category in the Red Ribbon Awards, while daughter and 21-year-old café supervisor Chloe – who hit the headlines when she used her gap year to set up a pop-up vintage afternoon tea business at the café in 2013 – has been nominated in the ‘One to Watch’ category. 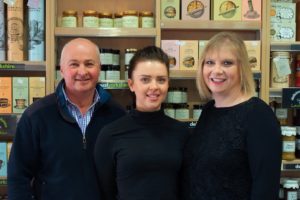 The awards, which are now in their 7th year, have become the most sought-after accolade for British, independently-owned businesses, with previous nominees including Shepherd Neame, Michel Roux Jr at Le Gavroche and East End Foods.

Amalia Brightley-Gillott, director of the Red Ribbon Awards, run by Family Business Place, said: “This year we’ve seen more nominations than ever before and I’m always astounded by how many exciting, innovative businesses are out there, driven by the country’s most entrepreneurial business leaders. There are more than three million family firms and they employ 1 in 3 people in this country and these awards are about recognising the real engine room of Britain’s economy.”

The nominations come at an exciting time for Cedarbarn, which is transforming its visitor offering with the addition of a 600-metre train track and miniature Victorian railway station opening in July, with passengers being able to alight from carriages on the ‘Strawberry Express’ to enjoy a spot of produce picking along their journey!

“We’re absolutely thrilled to have been nominated for these two awards – particularly as they recognise the thing most precious to us: our family,” says Mandy. “With these awards and the miniature railway in the pipeline (or should that be tunnel?), it’s certainly going to be an exciting year for our whole team.”

Cedarbarn will represent Yorkshire at the National Red Ribbon Awards ceremony at Wembley Stadium on July 15, where 10 companies will be crowned winners.