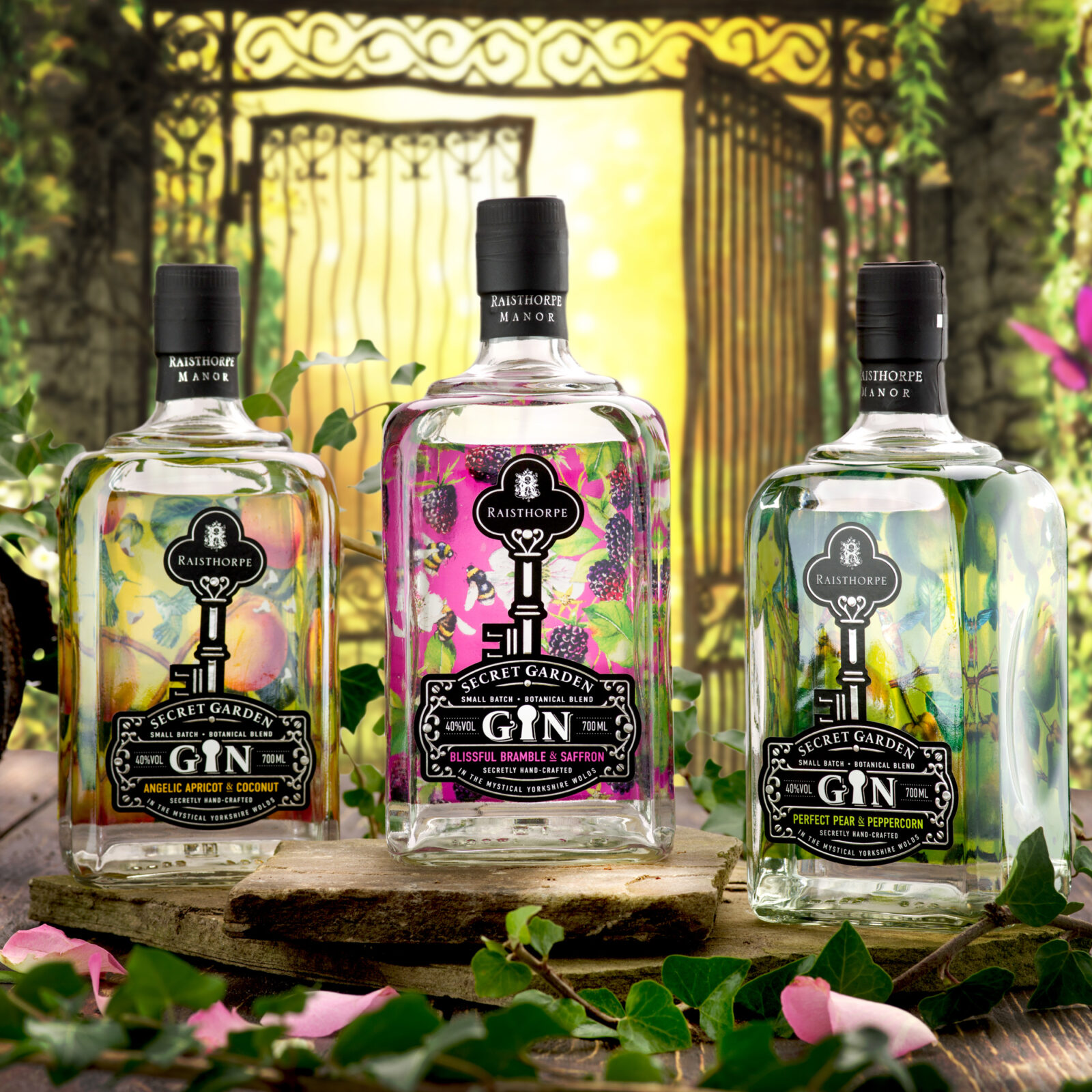 Thixendale based Raisthorpe Distillery have launched a new line of products just in time for the festive season.

The family run company have added a trio of new Secret Garden Gins to their award-winning range inspired by the new film which partly filmed in the region.

Each bottle in the new line is beautifully designed with images of hummingbirds, flowers or bees and can be lit up by the flick of a switch on its base to showcase the decoration.

Production of the handcrafted gins started as the new adaptation of The Secret Garden, which was filmed locally at Helmsley Walled Garden, Duncombe Park and Fountains Abbey hit cinema screens.

The new flavour include Angelic Apricot and Coconut, Blissful Bramble and Saffron and Perfect Pear and Peppercorn and have been made with Raisthorpe’s finest 40% proof gin and designed to be paired with their range of Yorkshire Tonics.

Raisthorpe founder Julia Medforth said: “We’re inviting customers to unlock the mysteries of our very own Secret Garden and try some different flavour combinations in each of the gins. All three blend fruits and spices including saffron and cardamom to deliver a warming gin for this time of year.

“The gins are available to order from our online shop which makes them perfect for sending to family and friends this Christmas as an extra special gift.”

The gins are the latest addition to Raisthorpe’s range of award-winning gins, vodkas and whiskies and follow the company’s success at this year’s Great Taste Awards which saw them awarded two Gold Stars for their Damson Gin and a 1-star for both their Damson and Sloe Ports and Apple and Elderflower flavour Yorkshire Tonic.

The new range is available in 700ml bottles from independent retailers throughout the region and online at www.raisthorpemanor.com