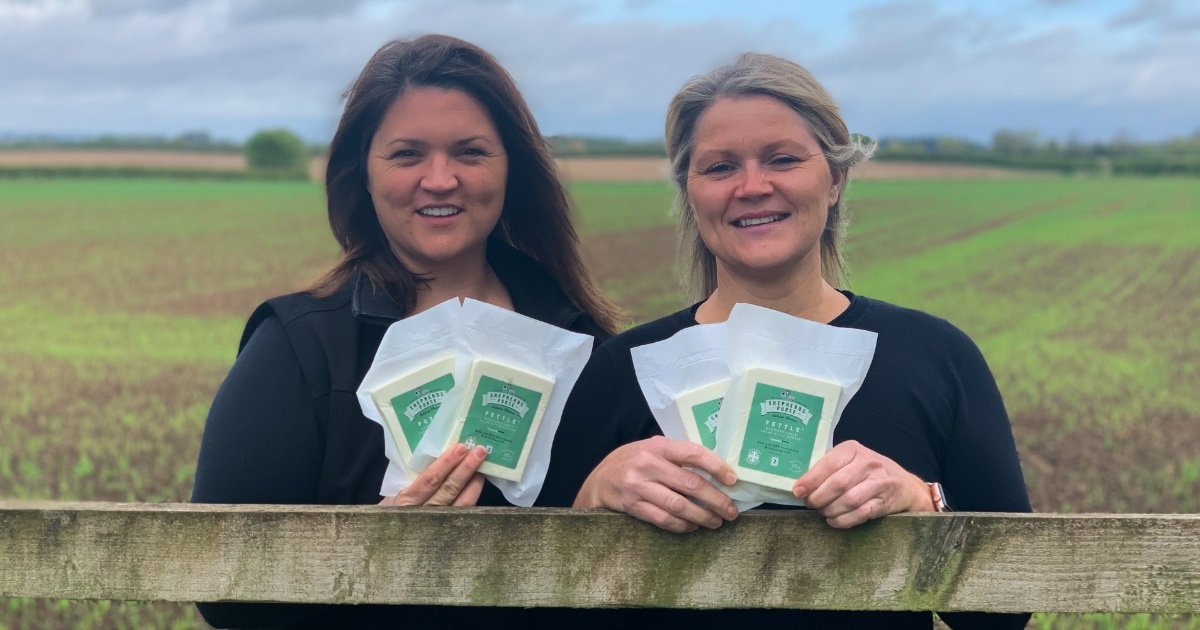 The team at a Thirsk based artisan cheese producers are celebrating after winning several prestigious industry awards.

Shepherds Purse Cheeses took home both the Gold and Silver awards in the Ewes Milk Soft Cheese class for Mrs Bells Blue and their Yorkshire Fettle as well as being awarded a Silver for their Buffalo Blue in Best Buffalo Milk SoftCheese category at the 2021 The Virtual Cheese Awards.

The family run company were also crowned Cheese Heroes of the Year for their work during the Covid-19 pandemicwhich helped to support and sustain their suppliers by bringing forward the launch of their new Yorkshire Fettle last spring in order to give a lifeline to their sheep milk producers.

Director Caroline Bell, who runs Shepherds Purse along with sister Katie said: “We’re so delighted to of won these awards and particularly Cheese Hero of the Year which we were nominated for by our peers.

“The last 12 months have been a really tough time for food businesses and suppliers alike, so we’re grateful that we were able to help sustain our sheep milk suppliers through a very difficult period and the award is a huge thank you to both our team and our suppliers who were able to make it happen.

“The response to our new Fettle from customers has been phenomenal.  We’ve used sheep milk in our range since the business started in 1989 as an alternative for customers with cow’s milk allergies but the lockdown hit our suppliers hard with hospitality businesses shutting, so bringing forward the Fettle launch and encouraging customers to give it a try seemed like a great way to help.”

Launched in 2020 during the Covid-19 pandemic, The Virtual Cheese Awards aim to create a sustainable, inclusive and transparent awards event that supports and celebrates British and Irish cheesemakers, from the grassroots up.

Attracting hundreds of entries from across the country, the awards highlight some fantastic British cheeses and the people who make them with all the profits from the event donated to support cheesemakers and farming charities.

Unique in their nature due their virtual format, both producers and consumers had the opportunity to watch the judging live and get instant feedback.

Caroline continues: “All awards are special but it’s great to be nominated and recognized for the work we’ve done to help our industry as well as being recognized for our cheeses too.”

Shepherds Purse range of award-winning cheeses are available to buy online, in selected supermarkets and at independent retailers throughout the region and beyond.  For more information visit www.shepherdspurse.co.uk