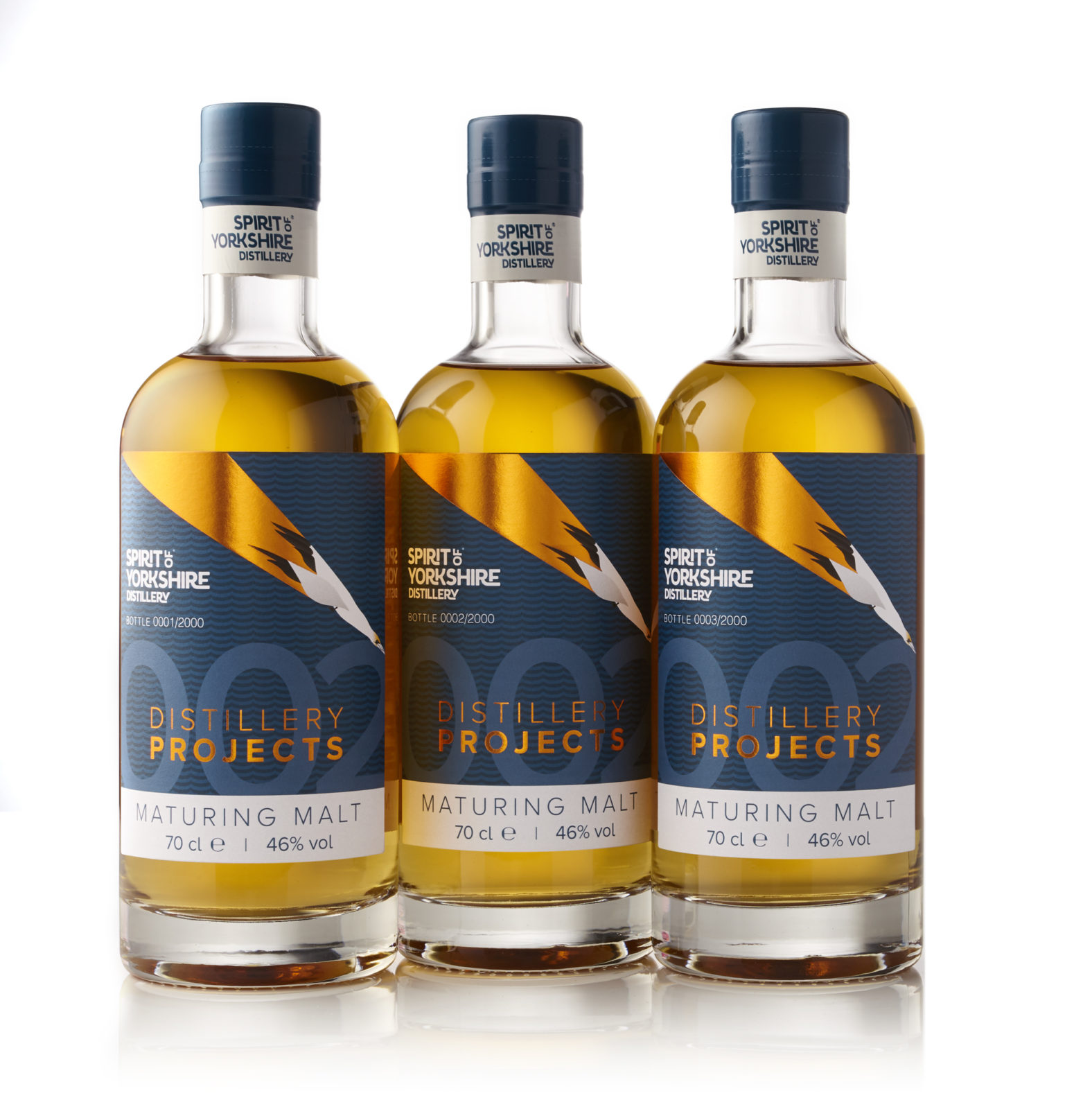 The team at Hunmanby based business, Spirit of Yorkshire are celebrating after its Maturing Malt has reached the national final of the delicious. magazine awards.

Spirit of Yorkshire’s Distillery Projects 002 Maturing Malt won through the regional judging that took place at The Dales Festival of Food and Drink recently and has reached the national final of the Drinks Category that will be held in Borough Market in October.

Distillery Projects 002 is a limited edition Maturing Malt and offers a taste of the maturing casks at the North Yorkshire distillery. The second of a series of four collectible spirits, it’s described as being ‘light, fresh and fruity, with notes of honeycomb, hot cross buns, barley sugar, gingerbread, orange sponge cake, black pepper, pear drops and white chocolate.’

Spirit of Yorkshire’s co-founder and director, David Thompson said: “We have broken with whisky making tradition and challenged convention by bringing our Maturing Malt to market, so it’s incredibly rewarding that the judges valued it so highly in taste tests, especially given the calibre of the competition that included established spirits brands.”

The aim of the delicious. awards, run in association with home appliance company Fisher & Paykel, is to search out and champion local food heroes – small-scale, artisan producers from throughout the UK.

The winners will be announced at a ceremony in October.  For more information and to buy online visit www.spiritofyorkshire.com