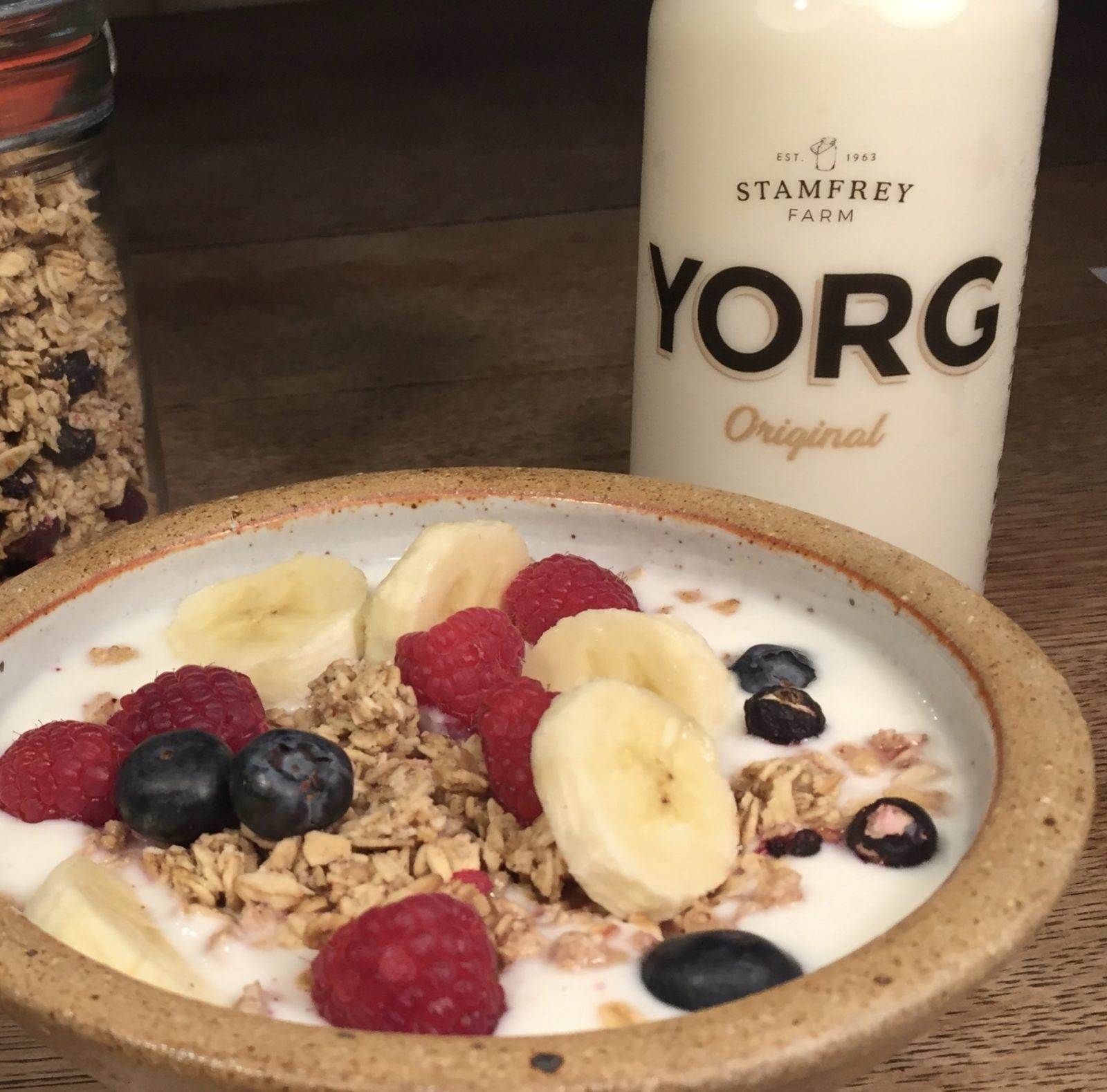 A North Yorkshire farming family have launched their new range of yoghurt with a difference, made with milk from their organic dairy herd.

Stamfrey Farm Organics, run by the Gaudie family on their farm in West Rounton near Northallerton have launched YORG, a new type of drinkable Yoghurt to sit alongside their already award-winning clotted cream.

YORG, which is made on farm using only organic ingredients, contains over 1 million gut friendly bacteria per gram, and taps into a new awareness of the benefits of pro biotics on health.

Great with granola, in a smoothie, with fruit or on its own as a drink, there is increasing evidence that having a healthy balance of good bacteria in your gut will help the body to function efficiently including; boosting the immune system and aiding with digestive function

Farmer Sam Gaudie said: “YORG began its journey as an experiment in the farm kitchen as we were looking for a way to use our skimmed milk which is a by-product of our clotted cream process.  It quickly became a fridge essential for family and friends so we decided to put it into production.

“We’d recently seen a significant increase in the awareness of the benefits of gut friendly bacteria and after sending our yoghurt for testing in the laboratory at the Biorenewables Development Centre in York, the count of these bacteria came back at 1 million per gram which is fantastic.”

As well as the gut friendly bacteria, YORG is also protein and calcium rich, low in fat and contains 25% less sugar than other leading drinkable yoghurts.  Traceability is also high in the priority list for the Gaudies who are able to trace which field the cows were in before being milked for each individual batch of yoghurt.

For more information on where to buy visit www.YorgDairy.com