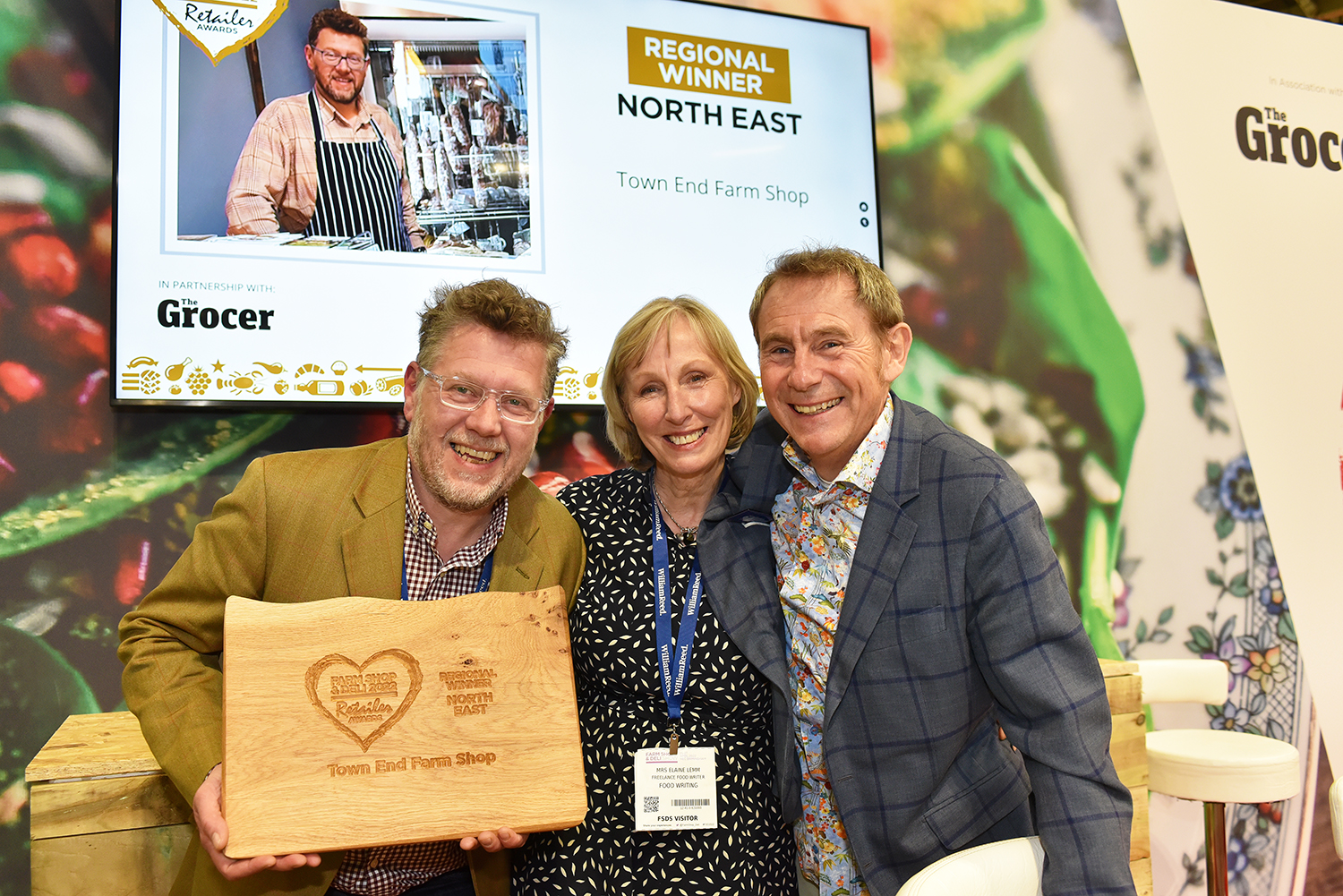 The team at a farm shop in the heart of the Yorkshire Dales are celebrating after being named regional winners in the Specialist Retailer category at the Farm Shop and Deli Show.

Town End Farm Shop based at Malhamdale near Skipton were awarded the prestigious honour as part of the annual event which saw them face some stiff opposition to take the Yorkshire and North East title.

Owner Chris Wildman who runs Town End Farm Shop & Wildman Charcuterie along with his team said: “Receiving this prestigious accolade really took my breath away.  We’re so chuffed for the whole team and for the tremendous work everyone has put in over the last couple of years.  It’s such a fantastic achievement as we were up against some really amazing businesses from across Yorkshire and the North East.”

As part of the 2022 event, The Farm Shop & Deli Retailer Awards recognised specialist retailers who strive to create a better world through sustainable initiatives alongside supporting their customers, communities and suppliers.

The nomination and entry campaign began in January this year, encouraging consumers and suppliers to nominate worthy contenders in their region as well as inviting specialist retailers to enter.

The awards judging panel, made up from experts from throughout the food industry then set to work whittling down over 100 entries from across the UK down to 51 finalists which were announced in early April.  The eventual nine regional winners were then revealed as part of the prestigious Farm Shop and Deli Show event at the NEC in Birmingham last week in front of a packed audience.

Nigel Barden, Chair of Judges for the Awards said: “We’ve had some fabulous entries this year, many reflecting how resourceful retailers have been throughout the food and drink sector as they faced another very different and challenging year.

“Our judges had a difficult task as there were some remarkable entries, particularly with their being a particular emphasis this year on recycling, waste and sustainability elements. It’s really heartening to see how much these talented, resourceful and diligent entrants care about their businesses and it was a privilege to read about them and celebrate them at the winners announcement.”

“Town End Farm Shop’s entry included so many highly commendable aspects.  It’s a small, yet super dynamic business and Chris certainly does have his finger on the button, quietly just getting on with the job in hand.  We found his list of eco-credentials not just extensive but also in areas that the panel had certainly not thought of before, which was a real standout for me.”

“Chris’ entry which contained so much evidence of what we love to see – supporting other businesses, making charcuterie on site, innovative and sustainable solutions to challenges, investment in staff, community support and lots of local producers being name-checked. A very clear and worthy winner all round”

For more information on Town End Farm Shop as well as to book onto their regular in-house butchery courses visit www.townendfarmshop.co.uk