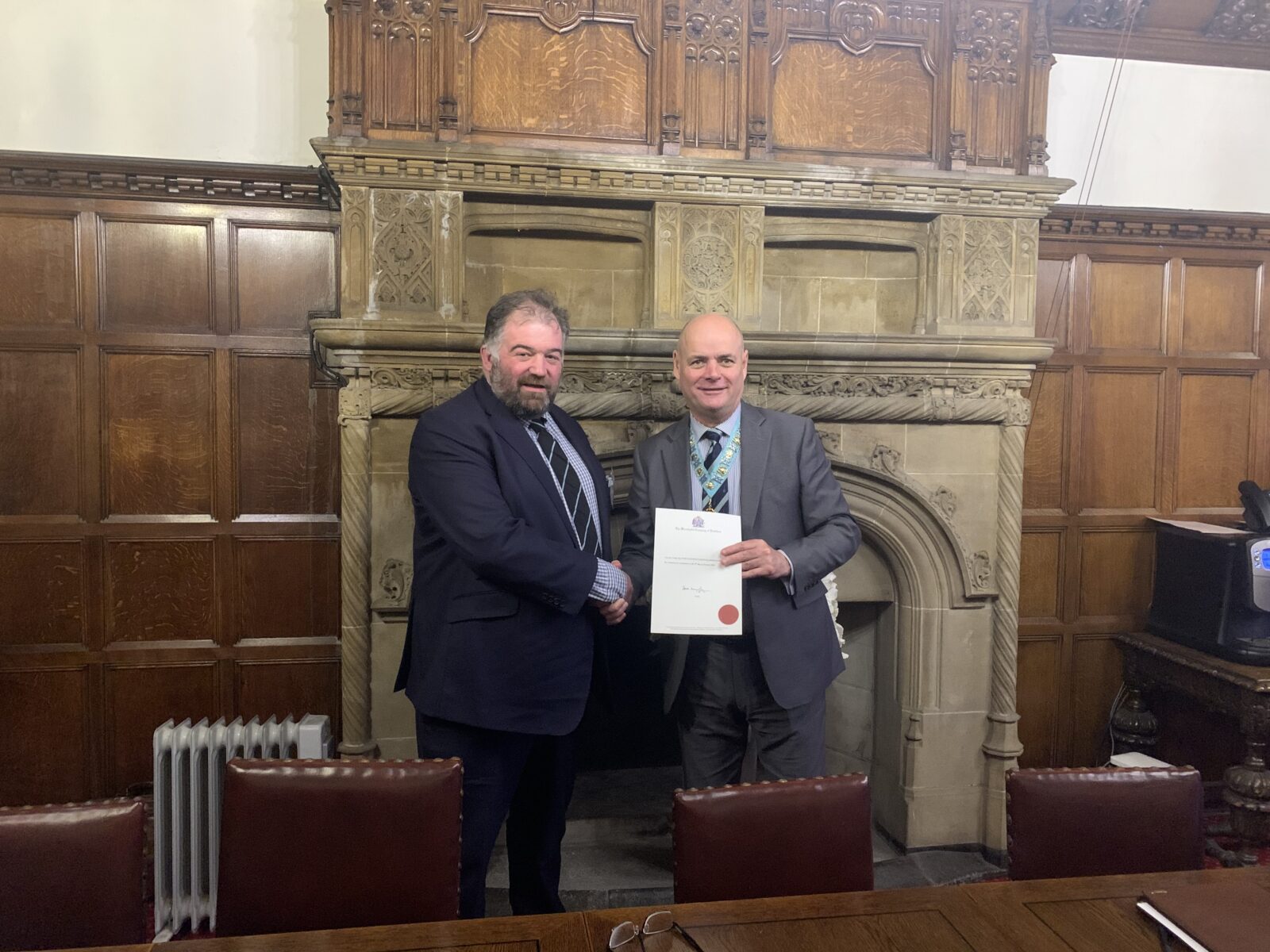 The founder of artisan spirit company Whittaker’s Gin has become a Liveryman of The Worshipful Company of Distillers.

Toby Whittaker, who runs the distillery along with wife Jane from their farm in Dacre Banks was welcomed into the prestigious fellowship after attending several ceremonies both in person and online due to the corona virus.

The group, which can trace its roots back to 1638, acts as a hub to support spirits education and vocational training across the industry as well as supporting charitable causes and to grow a community within the Livery.

The process of joining the fellowship includes attending three ceremonies, the first of which took place at The Sanctuary in the City of London in January where toby received the Freedom of The Company.

The remaining two events however were conducted virtually due to the lockdown which meant that he became the first ever distiller to be awarded the Freedom of the City of London, a vital part of the process, in an online ceremony.

The last stage saw the admissions ceremony itself to become an actual Liveryman take place virtually earlier this month.

Toby said: “It’s a great privilege to be part of such a historic and prestigious organisation.  The lockdown has meant that the process has had to be modified but it’s a great honour to be included and I’m looking forward to getting involved with their work and their charitable causes.

The Whittaker’s team have gone from strength to strength since the company was founded in 2015 and now produce a range of award-winning gins from their base in the Yorkshire Dales.  2018 saw the start of Whittaker’s Whisky, using converted farm buildings which have been developed into a new distillery, tasting room and coffee shop and plan to produce upwards of 15,000 bottles of Yorkshire whisky a year.

Whittaker’s gin is available online at www.whittakersgin.co.uk and at independent retailers nationwide.