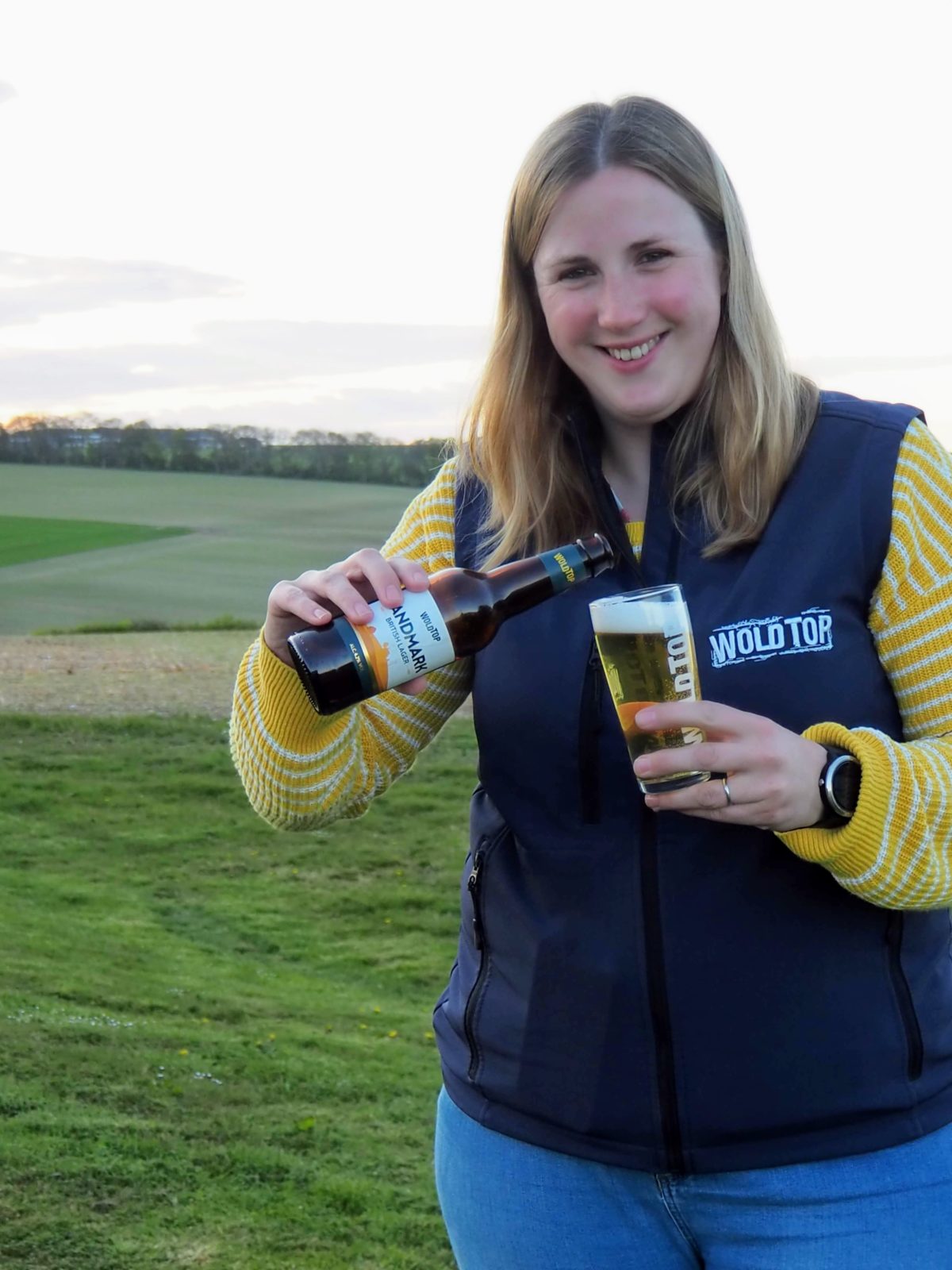 A Yorkshire Wolds based brewery have added a bottled lager to its range in response to overwhelming customer demand.

Further to the successful launch of its keg version last year, the team at Wold Newton based Wold Top Brewery have launched Landmark Lager (4.2% ABV) in a 330ml bottle.

The lager, the first that the farm-based brewery has produced, is made from home grown and locally malted barley, water from the farm’s borehole and British and European hops and was brewed in response to feedback from Wold Top’s annual questionnaire.

Founded in 2003 Wold Top Brewery is located on the Mellor family farm at Hunmanby Grange, near Filey and produce a range of award-winning cask, keg and bottled beers that are available both throughout Yorkshire and nationwide.

Brewery Manager Alex Balchin said: “For those customers who have asked us to produce a British lager and more gluten free beers we’re delighted to have combined both in our first finely crafted British lager. Notes of honey, herbs and lemon, together with lightly toasted malts, make this a cool, crisp and refreshing brew that is perfect for barbecues during the summer.”

The limited-edition dark beer has been matured for 11 months in casks used at Yorkshire’s first single malt whisky distillery.

Alex Balchin continues: “Swell has been brewed specifically for barrel-aging with the recipe developed to hold the flavours from the casks without being overwhelmed. It’s rich, fruity and full of flavour. With an ABV of 12%, it’s a beer to be savoured.

“When in the cask, the beer picks up flavours from the spirit that’s been in there before, as well as some of the ‘woody’ flavours from the cask itself. In our case, we’re using ex maturing malt casks which had also held bourbon and sherry and wine, so this means the beer is picking up lots of the whisky and wood flavours, making it taste really different.

Limited to just 6,000 330ml bottles, Swell along with Landmark Lager are available to buy online at www.woldtopbrewery.co.uk and from independent local retailers throughout the region.