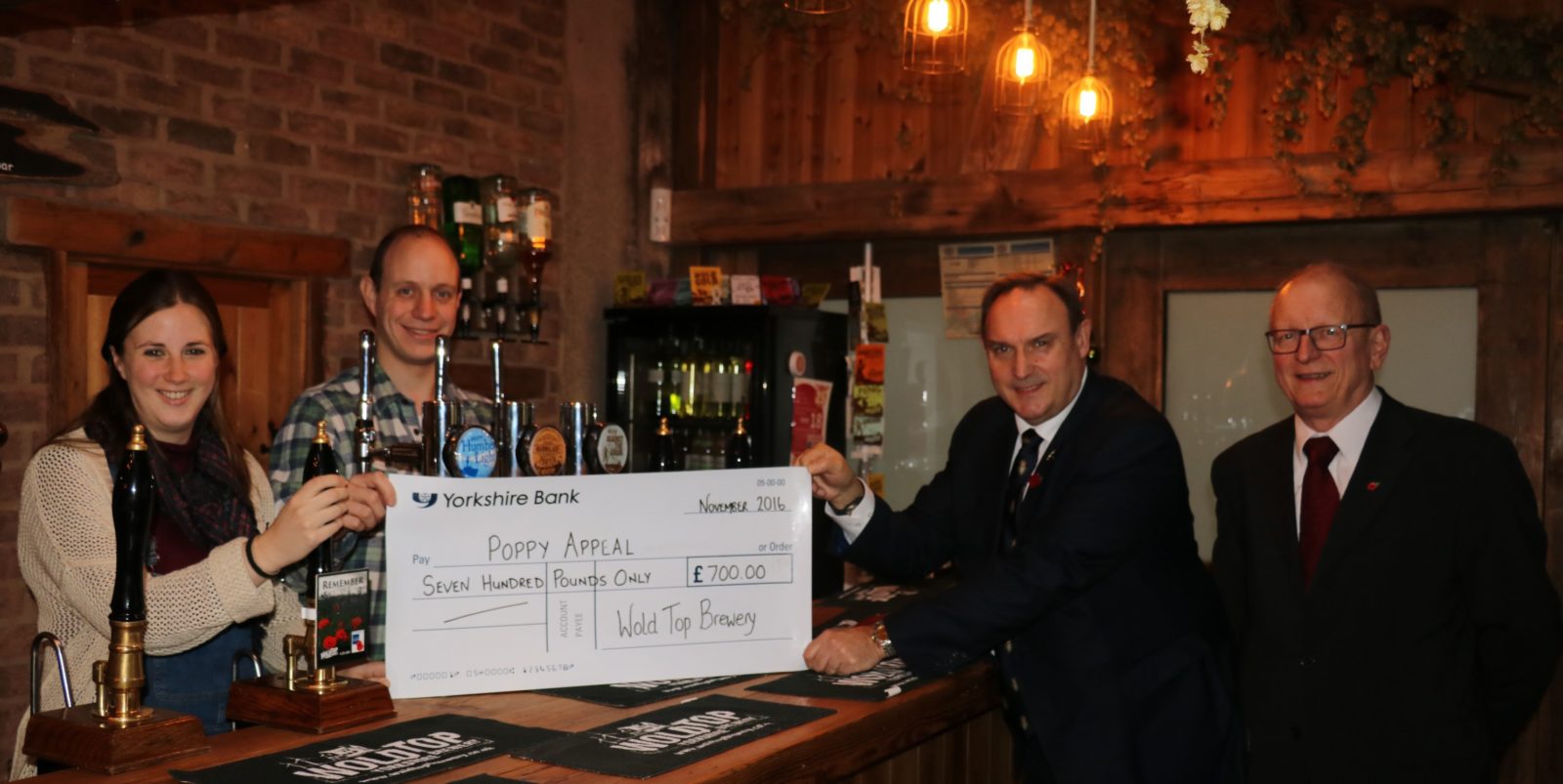 During the period known as Remembrancetide (1st to 13th November) Wold Newton based Wold Top Brewery donated £10 from the sale of each cask of its light beer, Remember, that was available in selected pubs throughout North and East Yorkshire.

Stewart Lythe, Community Fundraiser for the North and East Yorkshire Poppy Appeal, said: “We’d like to thank Wold Top Brewery for supporting and raising awareness of the Poppy Appeal.  We hope to have raised a record amount during the 2016 Poppy Appeal so that we can continue to support all generations of the Armed Forces and their families and Wold Top’s generous contribution is very gratefully received.”