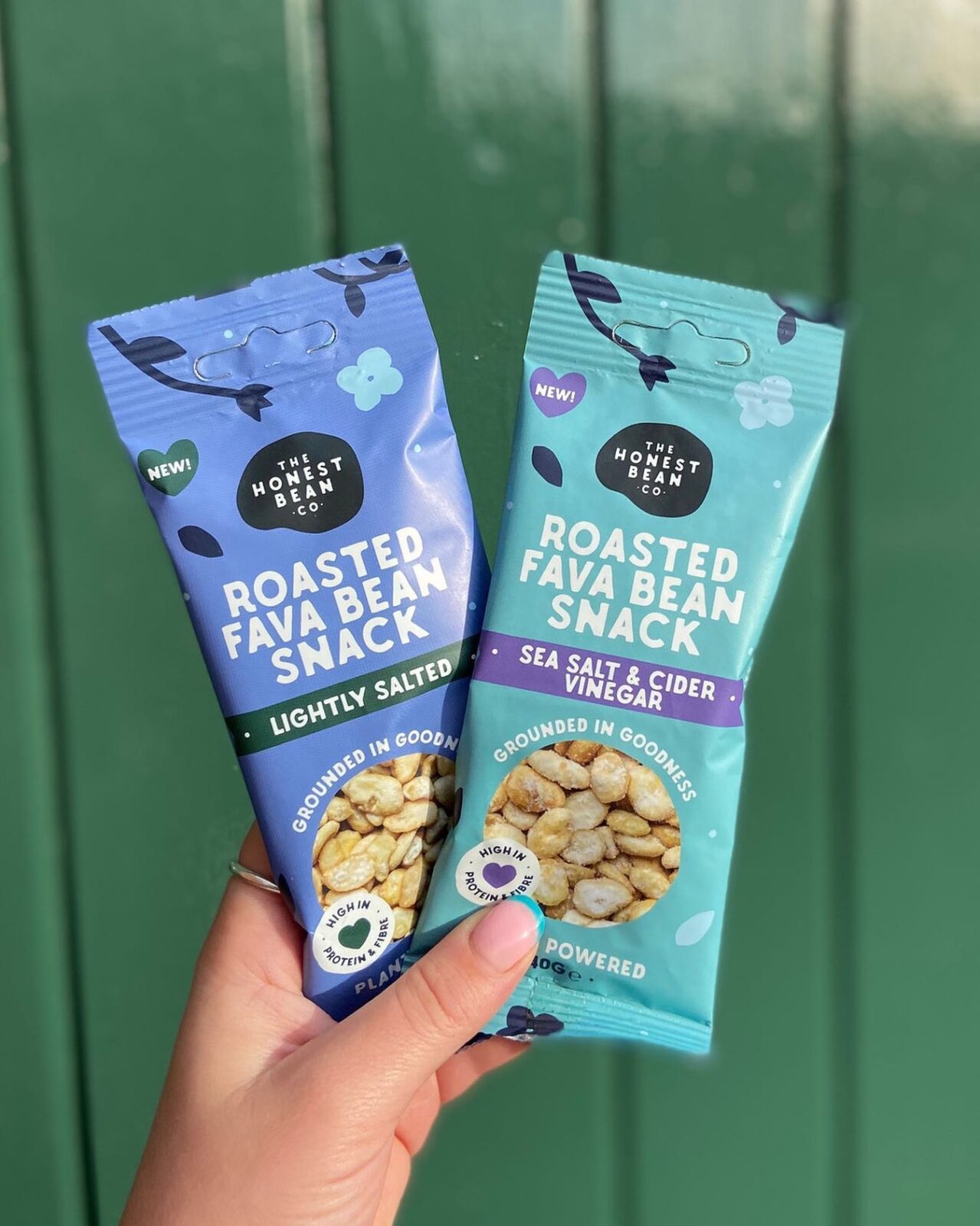 A family run business who produce a range of snacks using British grown fava beans are celebrating after getting their products list in two major stores.

The Honest Bean Co, based at Thixendale on the edge of the Yorkshire Wolds will now have their range of products, which includes Roasted Fava Bean Pouches and Humous stocked at Co-op stores throughout Yorkshire as well as in all 28 Booths supermarkets across the North of England.

Founded in 2018 by siblings Adam Palmer and Zoe Oates on their family farm, the company is on a mission to create sustainable plant-based products.

The Great Taste award-winning fava bean snacks, which come in two sizes and four flavours, were originally launched in March this year and can already be found in a number of shops including farm shops and independent throughout the region as well in Selfridges stores and the Eurostar lounges at St Pancras station.

One of the UK’s oldest domesticated food crops, fava beans belong to the pea and bean family and have been grown and eaten since the iron age. Prized for their nitrogen fixing properties and great for soil health, the UK export thousands of tonnes each year, whilst simultaneously importing chickpeas to create products such as humous.  The Honest Bean Co is on a mission is to try and change that, in an effort to get more people eating British grains and pulses.

Founder Adam Palmer said, “We’re hugely excited to be launching with the Co-op and Booths this November. Not only will it help us continue our mission to get more people eating British fava beans, but it’s in partnership with retailers that we know are also passionate about sustainability and local sourcing which is very close to our hearts.”

The products will be available to buy from Co-op and Booths store from this month. For more information on The Honest Bean Co’s range and to buy online visit www.honestbean.co.uk