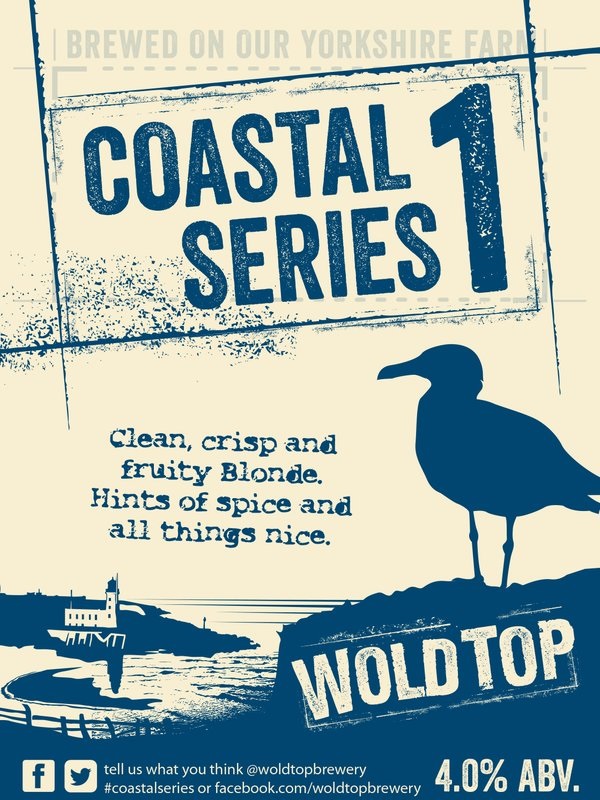 A Yorkshire coast brewery has turned to the beach for inspiration for a new range of beers.

Wold Top Brewery has launched the first in a series of five limited edition ‘Coastal Series’ beers that reflect the East Yorkshire coastline just three miles from its farm based location. 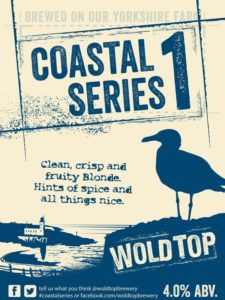 Available in cask only from pubs and restaurants throughout Yorkshire, Coastal Series 1 is a 4% ABV clean, crisp, blonde beer with a fruity flavour and hints of spice.

Wold Top Brewery’s Kate Balchin explained the rationale for the new range: “The Coastal Series is the first of a series of cask ales that we plan to introduce every year to offer our customers new and different beers that complement our all year round range.”

Coastal Series 1 has been available since the beginning of May and will be followed by Coastal Series 2, a 3.9% ABV chestnut coloured easy drinking bitter, in June.