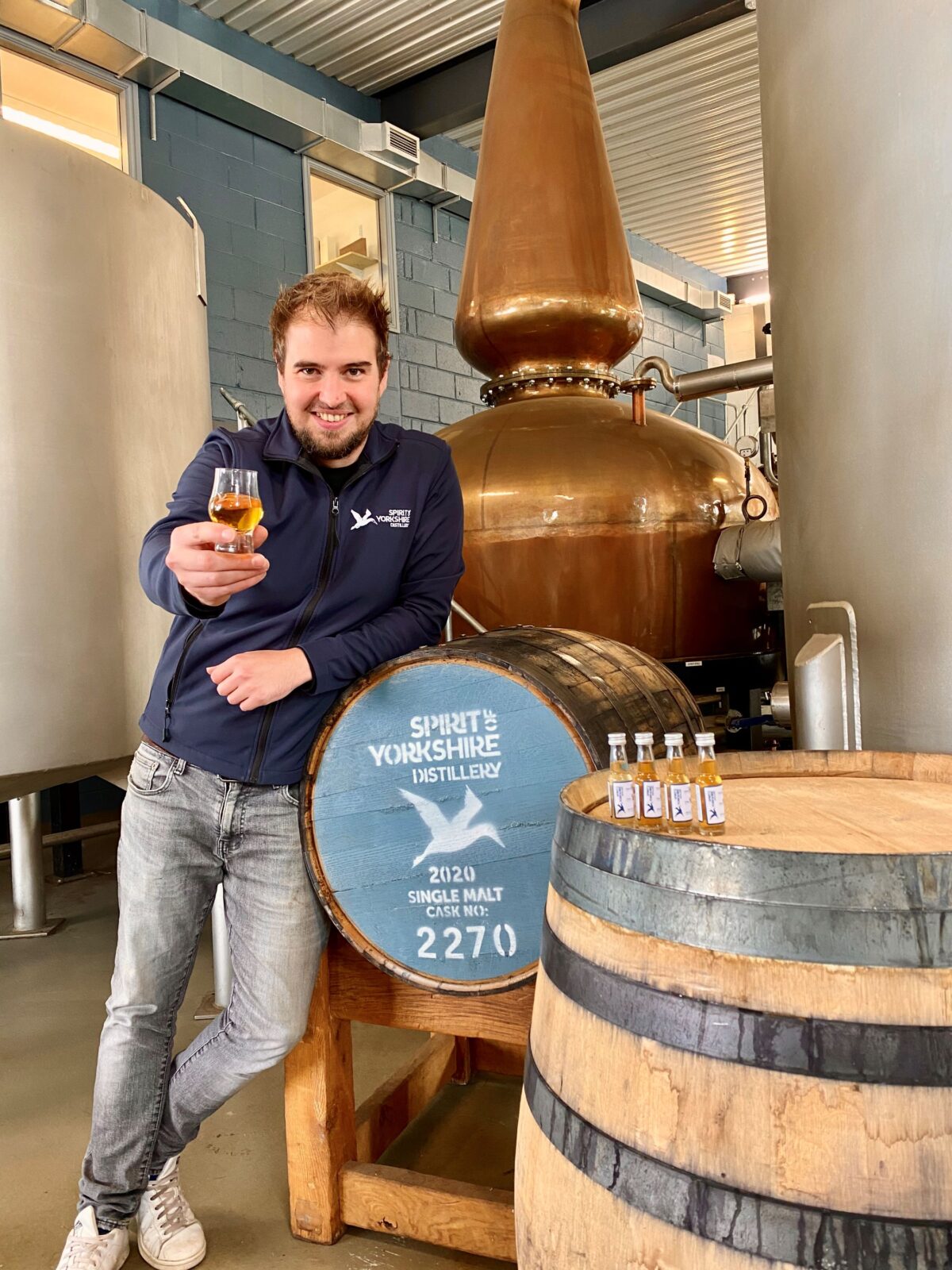 Spirit of Yorkshire’s first whisky, Filey Bay First Release was awarded 95 out of 100 and a Liquid Gold Award by world renowned whisky expert Jim Murray in the 2021 Whisky Bible that has just been published.

Filey Bay Moscatel Finish, the first ‘finished’ whisky also won a Liquid Gold Award with a score of 94.5 in the 18th edition of the world’s leading whisky guide that reviewed 4,700 whiskies from over 30 countries.

Murray said: ‘For a first-ever bottling, Filey Bay First Release is right up there with the very best I have encountered whilst with Filey Bay Moscatel Finish it’s so rare to find a whisky, especially such a young one, where the fruit is weaved so finely into the malty cloth. This is rare elegance: an exhibition of control and restrain.’

Spirit of Yorkshire was launched in 2016 as a collaboration between farmer and brewer, Tom Mellor from Wold Top Brewery and business partner, David Thompson. The distillery uses barley and water sourced from the distillery farm and boasts some of the most impressive distilling equipment in the country, including two of the largest Forsyth pot stills operating in the UK outside of Scotland.

Co-founder, David Thompson said: “We’re delighted with the comments.  To achieve such high scores and two Liquid Gold Awards for our first whiskies is fantastic.

“Jim Murray’s Whisky Bible is one of the world’s most influential books on whisky, so we’re immensely proud that all three whiskies that were reviewed scored between 93 and 95 out of 100, with Filey Bay Second Release narrowly missing out. To have such great support for our young spirit is amazing and bodes well as we head towards our flagship whisky.”

The award-winning distillery team will also be hosting their second virtual tasting session this month after the sell-out success their first virtual event earlier in the summer.

Taking place on 15th October between 7 – 9pm, the team will deliver a tutored tasting featuring a selection of winter warmers from future releases and previously unseen cask samples via Zoom, as well as answering questions and giving an insight into the distillery’s field to bottle process.

David continues: “Our first virtual tasting in July sold out very quickly and we had some great feedback, so we’ve increased the virtual capacity for the October event which is aimed at both whisky tasting experts and novices alike.”

The ‘Winter Warmer’ tasting packs cost £30 and are available online from www.spiritofyorkshire.com or from the distillery shop.