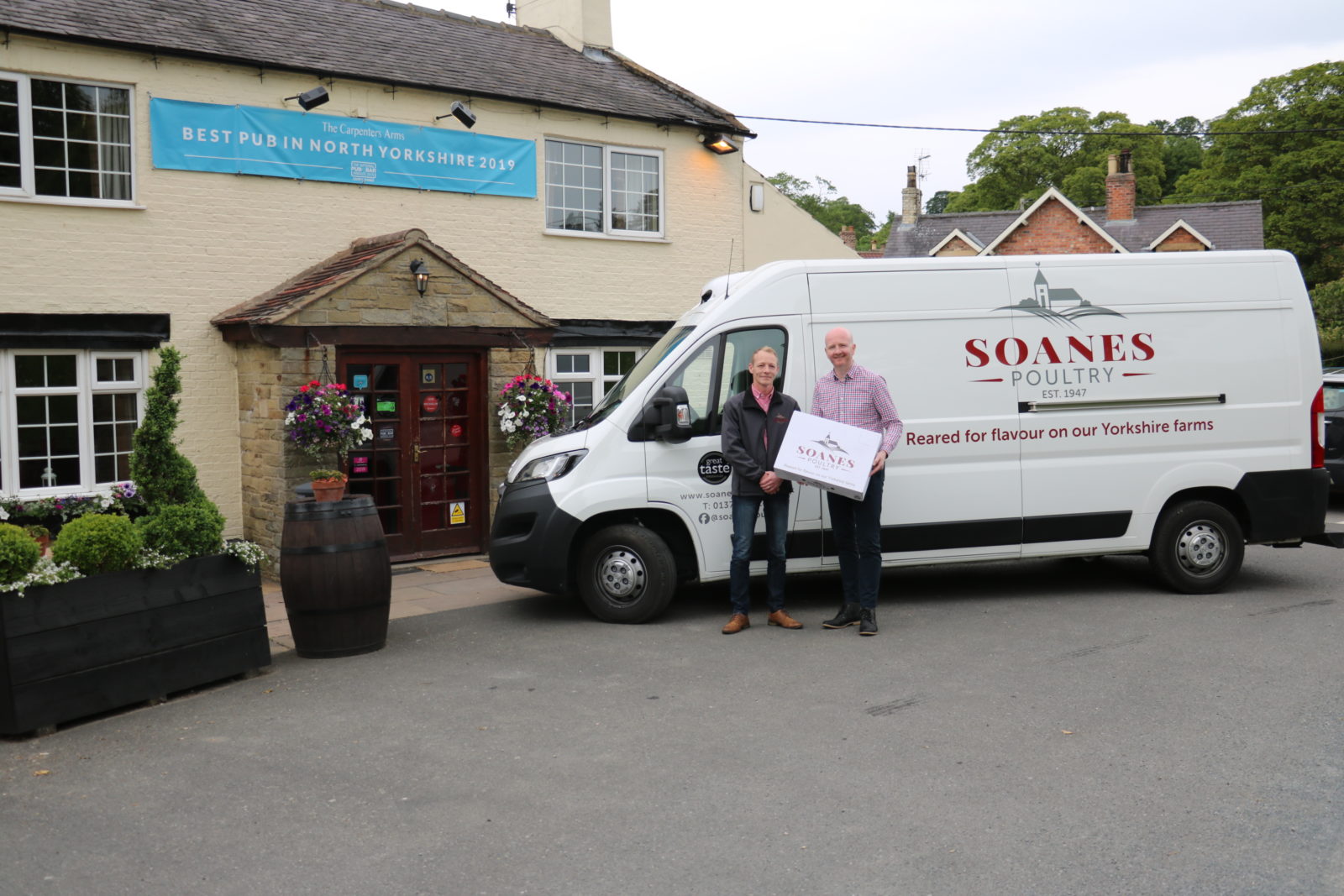 The team at Soanes Poultry are celebrating after winning new business from a celebrated group of Yorkshire inns and hotels.

East Yorkshire based Soanes has partnered with Provenance Inns and Hotels for direct delivery of its award winning chicken to the group’s seven sites that include the National Pub and Bar award winning Carpenters Arms at Felixkirk and The Punch Bowl at Marton-cum-Grafton.

The Middleton on the Wolds poultry business will supply a range of its Great Taste award winning whole and portioned chicken that will go into dishes including Chicken and Yorkshire Chorizo Terrine; Roast Chicken Breast with Bombay mix, Saag Aloo, Spiced Mango and Cauliflower and a modern twist on a Chicken Kiev.

Soanes Poultry’s Sales Manager, Richard Cross said: “As the name suggests, Provenance Inns and Hotels prides itself on serving customers distinctive, seasonal and local produce and, as a 72 year old family farming business and Yorkshire’s leading chicken producer, there is a great fit.

“We’re looking forward to tasting all of the recipes that head chef Jason Wardill and his team of 50 have created for the sites.”

Mr Wardill said: “We came across Soanes Poultry when we were looking for a supplier of exceptionally tasty chicken who shared our own passions for farming, horticulture and locally sourced food.

“We were ideally looking for a family farmer who produced high quality chicken with known provenance, so when learned that Soanes not only rear their own chicken, but they grow the cereals to feed them, we knew that they were the perfect supplier.

“We’re pleased with how the chicken is working in the kitchen and are looking forward to our customers’ reactions when we launch the new summer menus this week.”

The team at Provenance Inns and Hotels aim is to bring customers distinctive, seasonal and local produce, in a warm and inviting atmosphere. Its seven sites are: The Black Bull, Moulton; The Carpenters Arms, Felixkirk; The Cleveland Tontine, Staddlebridge; The Crown and Cushion, Welburn; The Oak Tree, Helperby; The Punch Bowl, Marton-cum-Grafton and The West Park Hotel, Harrogate.

Soanes Poultry, who employ over 100 people, have been rearing and preparing chicken since 1947.  For more information about their award winning range visit www.soanespoultry.co.uk