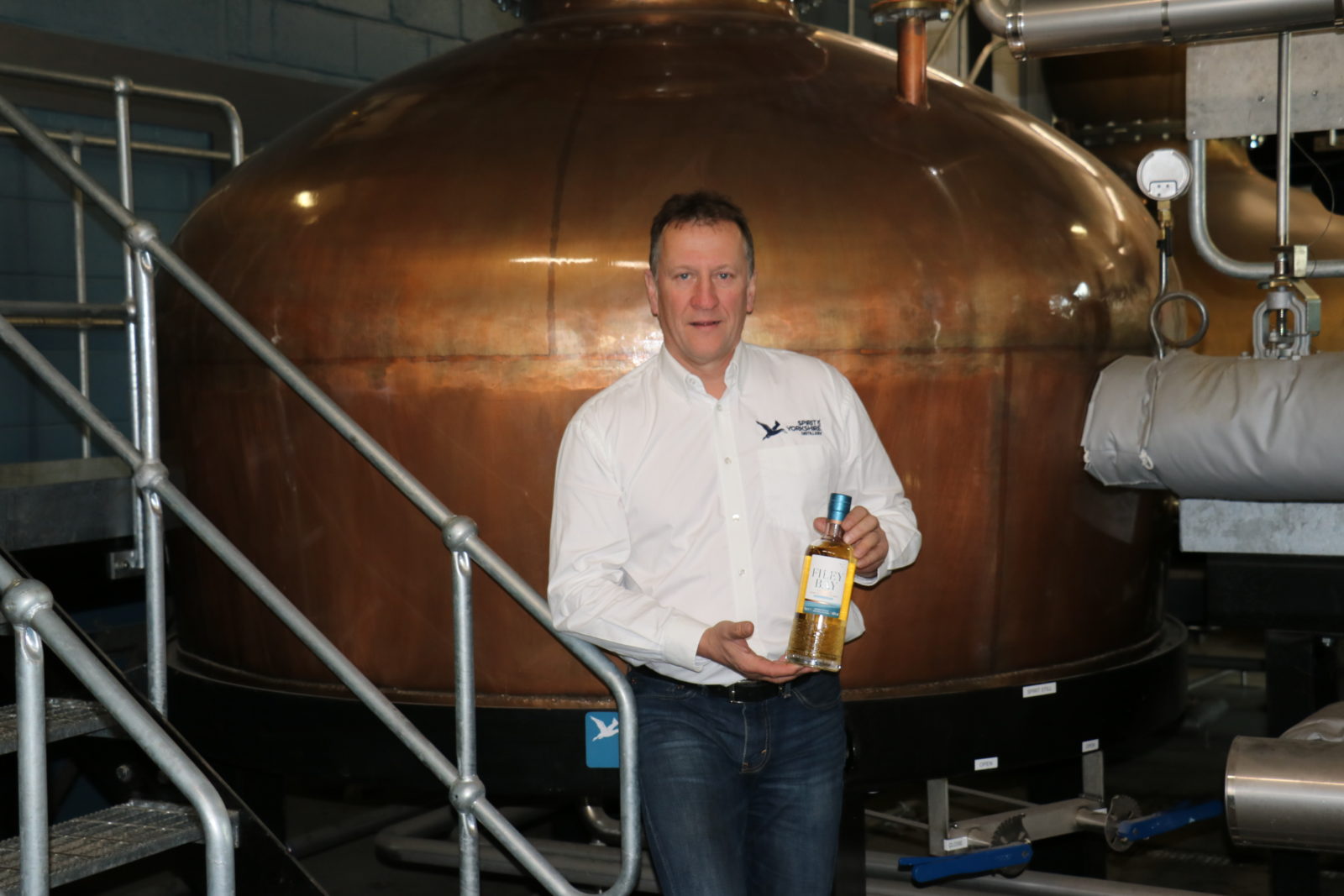 Following the success of the launch of Yorkshire’s first single malt whisky, Filey Bay First Release, the team at Spirit of Yorkshire have launched the Second Release.

Filey Bay Second Release is the next step of the Hunmanby distillery’s journey to its Flagship single malt bottling and has been created by marrying a selection of bourbon casks together with one sherry cask. The result is a light and fruity spirit with flavours of citrus, vanilla ice cream, caramel, biscuit and honey.

Spirit of Yorkshire’s Whisky Director, Joe Clark said: “It was great to spend the time in the warehouse and discover how well our spirit is maturing. It means that we’ve been able to launch our Second Release a little earlier than planned, which was fortunate as our First Release has sold quicker than expected!

“Filey Bay Second Release is a true evolution of our First Release. The ‘inputs’ are very similar, leading to a house style that is light and fruity – this is something that we’ve worked hard and purposefully to create.

“The difference comes from that extra maturation time. There’s a little more depth to this Second Release and for me that not only makes it a delicious whisky, but it’s also an incredibly exciting indicator as to what’s to come in the warehouse.”

Filey Bay Second Release is limited to 6,000 70cl bottles that retail for £55. It is available from the distillery shop, online at www.spiritofyorkshire.com, in all Booths stores, Harvey Nichols and from selected premium retailers throughout the UK.

Co-Founder and Director, David Thompson said: “Working closely with the late Dr. Jim Swan, we have always aimed to create a Flagship whisky that is light and fruity, the definition of our house style that can be enjoyed around the world. Our First Release and Second Release bottlings are the steps to our Flagship, as new casks mature, and the character of our spirit emerges.”

Launched in 2016, Spirit of Yorkshire is a collaboration between farmer and brewer, Tom Mellor from Wold Top Brewery and business partner, David Thompson. The distillery is a true field to bottle setup, with barley and water sourced from the distillery farm, and boasts some of the most impressive distilling equipment in the country, including two of the largest Forsyth pot stills operating in the UK outside of Scotland.

Hour long tours of the distillery take place at 11am, 1pm and 3pm Monday to Saturday and 11am and 1pm on Sunday. They cost £12.50 and include three tasters (or a ‘Drivers’ Drams’ pack to take away) and a branded nosing glass.