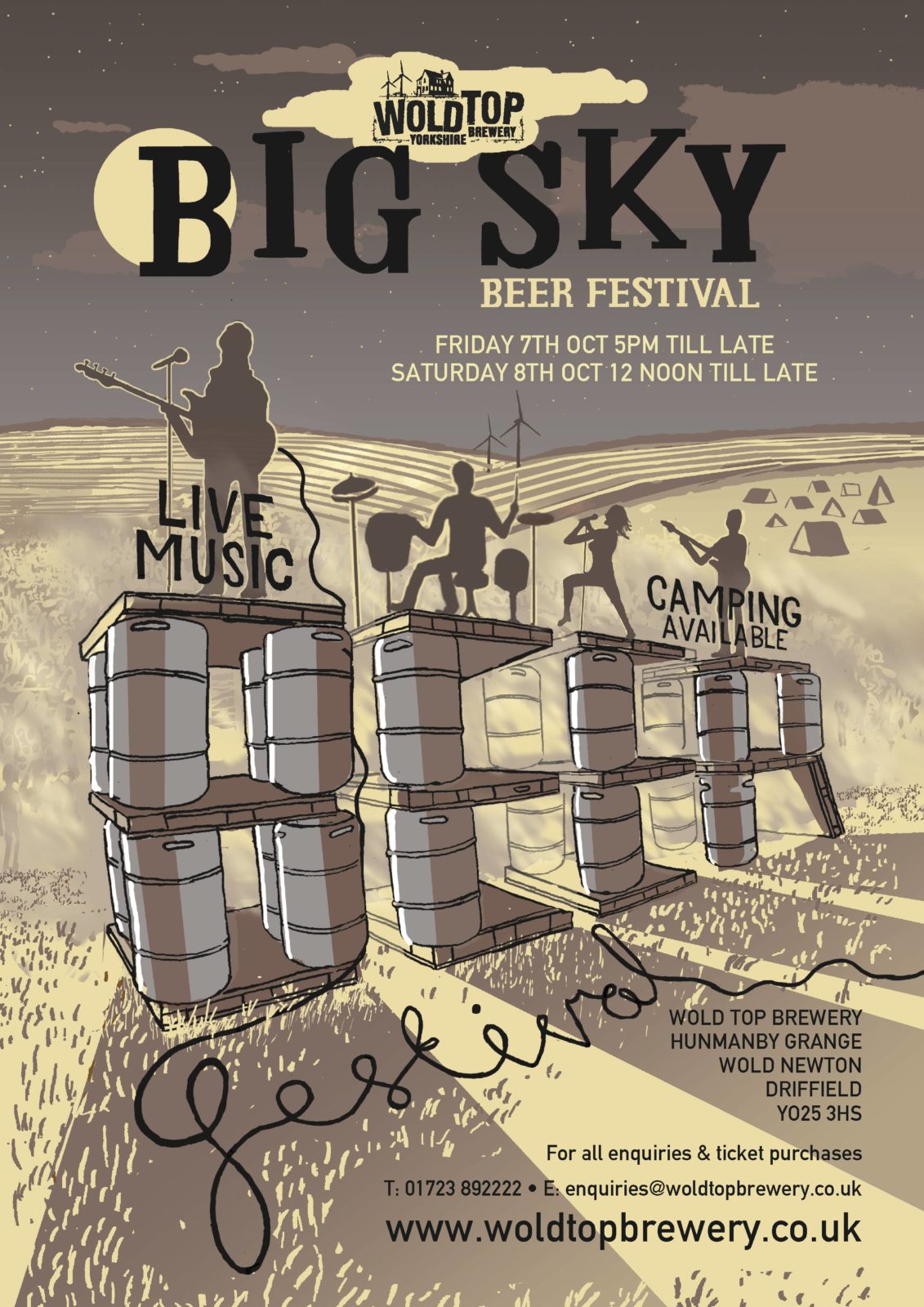 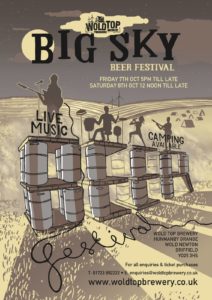 Wold Top Brewery is to host its first ever beer festival when it opens its gates for a two-day event next month.

The idea of a Wold Top beer festival has long been discussed amongst the brewery team of 18, but the date for the Big Sky Beer Festival has been fixed for October 7 and 8 and promises to be a weekend filled with fine ales, great food and good music.

Visitors can expect around 20 different ales comprising of beers from the brewery itself alongside other guest ales with a range to suit all drinkers.  Revellers will also be able to camp in the grounds of the brewery, set on the Mellor family’s 600-acre farm in Wold Newton, near Driffield.

With a long history of producing beer for other festivals, Wold Top’s own event is a natural progression said Anne Duerden, who manages Muddy Souls Events from the brewery’s farm based home, Hunmanby Grange.

“This festival has been on the cards for a while now and we think, where better to host an event of this kind than at a brewery?  Many staff members are keen festival-goers themselves and we’re hoping to make it memorable. We’re planning plenty of quality real ales that people may not have tried before, tasty food, a fabulous atmosphere, and great music to top it all off. It’s going to be a great couple of nights and we’re looking forward to welcoming visitors old and new to share our first festival with us.”

East Yorkshire party band Loose Coverz will be playing live on Friday night before six-piece ensemble from York, The Supermodels take to the stage on Saturday. Food will be provided by BBQ company Big Keg Little Keg.

Gill Mellor, director at Wold Top Brewery, said: “We thought it was about time we held a festival of our own to showcase some of the beers we love, as well as offering something a little different for everyone to try.  It’ll be wonderful to make the most of the brewery’s beautiful location as we’re right on the top of a hill with full views of the Yorkshire Wolds so visitors will be able to take in some great views over the course of the event.”

Entry for Friday night costs £3, Saturday entry costs £5 and weekend tickets are on sale for £6 with all tickets including a free souvenir glass. Campers can purchase a pitch for £10 for two nights and doors open at 5pm on Friday and at 12pm on Saturday. For further information and to buy tickets, contact Anne Duerden on 01723 892222 / anneduerden@woldtopbrewery.co.uk.