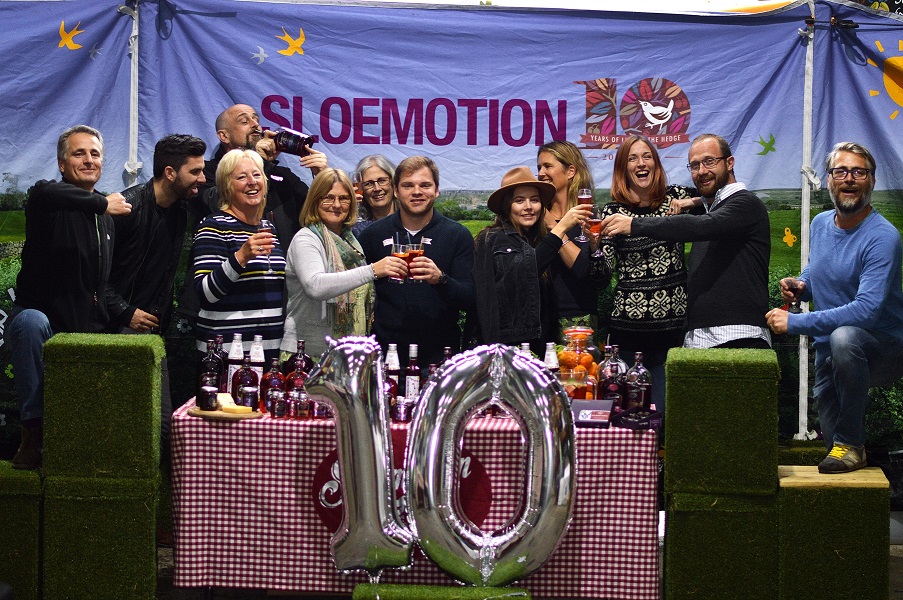 There’s a definite buzz in the hedgerows surrounding one North Yorkshire drinks producer as they celebrate 10 years in businesses.

The result was a huge amount of sloes being produced and the idea of making sloe gin, something the family had always done at home, and developing it into a business was born. 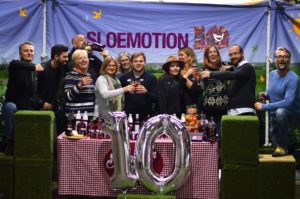 Jonathan (Joff) and his wife Claire decided to take on the embryonic business in 2006 and have, with some essential investor backing over the last 10 years, continually grown the company which now produces a number of lines including a range of nine hedgerow fruit liqueurs and their popular Yorkshire Fruit Cup No.7.

With Joff’s background in ecology, the ethos of Sloemotion is one of respect for the countryside. His passion for wildlife conservation and the environment is ever at the heart of each decision made at Sloemotion.

Nothing goes to waste through the production of their tipples as once the drinks have been produced, the alcohol infused fruit is then used to make sloe gin chocolate truffles and sloe and damson chutney which are sold at over 500 farm shops, delis and food halls throughout the country, including Booths, Waitrose and Majestic Wines.

In September 2007 Joff’s brother Julian joined Sloemotion as Director of Production and Finance and with his talent base from his past life as a mechanical engineer, his eye for precision and detail has been invaluable to the business.  Last year, Claire officially re-joined the team as well to work on sales and communication projects.

A truly local company, the businesses expansion has meant they now employ some 15 local people including four from Barton-le-Willows, the village where the businesses is based and owners Joff and Claire moved to live ‘over the hedge’ from their Green Farm HQ, with their two children, Harry and Isobel and white terrier, Patch.

From small beginnings the business has thrived and a decade on, with several prestigious awards under their belt, the company still adhear to the ethos that great taste and quality ingredients are what makes the brand stand out from the rest.

As ever, Sloemotion are planning and developing ideas and new recipes all the time, including a number of exciting new products which will be launched over the next few months.  Having been named as finalists in the ‘Producer and Maker’ category at the prestigious White Rose Awards 2016 this year, they are also celebrating their Damson Gin being nominated as Yorkshire Life Drink Product of the Year which all indicates to more exciting times ahead for the innovative team as they continue with ‘life on the hedge’!