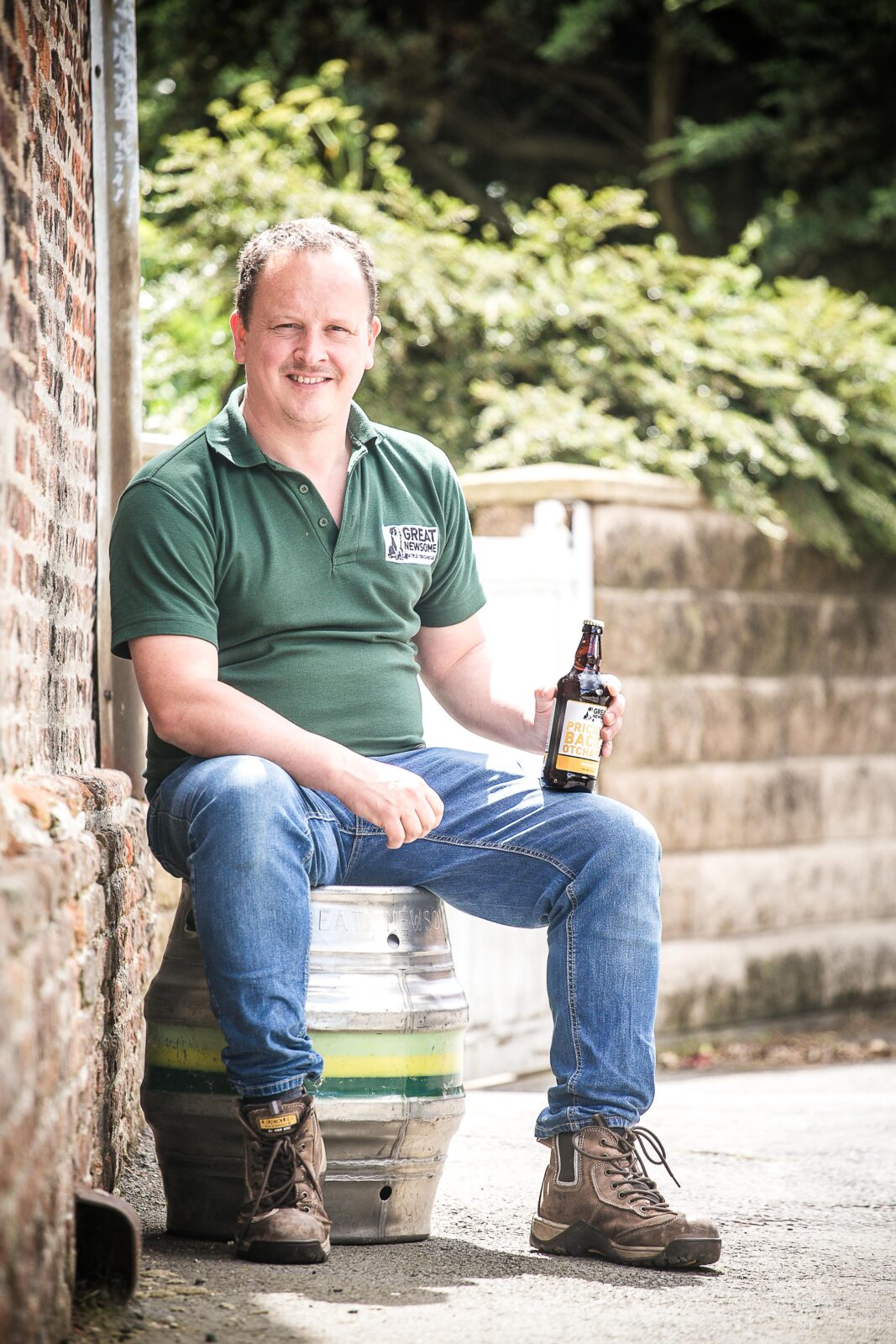 While many of the UK’s larger breweries closed alongside the pubs, most microbreweries stayed open. As the nation slowly reopens, East Yorkshire’s Great Newsome Brewery reflects on the past few months.

Lockdown has been especially tough on small businesses. Making a colossal investment beforehand doesn’t exactly help, but that was the situation Great Newsome found itself in.

“We’d upgraded to brand-new equipment back in February, and it had twice the brewing capacity of our original,” says Matthew Hodgson, director of the brewery. “It was a big venture for us, and we’d only had about a month to use it before lockdown!”

The family business relied on pubs and exports for 85% of its business. Additionally, many shops stocking the brewery’s bottles had shut overnight. It would have to find a way to survive, and fast.

“If we’d taken the easy way out and closed until the pubs re-opened, we’d need to rebuild our entire customer base from scratch,” Matthew adds. “This simply wasn’t an option for us; we had to stay open, and it had to work.

“The furlough scheme was a real life-saver for us; we formed a skeleton crew and tried to work out how we could actually get our beer to people”

They quickly decided that their best (and only) chance would be delivering directly to their customers’ doorsteps. Bottle sales would need to increase massively, all while having minimal staff and grappling with the pandemic’s massive uncertainty. Still, they took a chance.

“The days became much longer, because we had to package everything by hand with a very small staff,” explains Matthew. “It was the toughest, scariest period we’ve had in our 13 years of brewing. But we just accepted the situation for what it was and cracked on.”

As time pressed on and word spread, Great Newsome was slowly able to bring its brewers, draymen, and salesforce back into work. The brewery focussed on optimising their website and, compared to the same period in 2019, online sales during lockdown actually increased by 13,000%.

“The biggest lesson we’ve learnt is the importance of staying in touch with our customers,” Matthew says. “Something new we’ve been doing is livestreaming beer tastings and Q&As. So, whenever we bring out a new beer, it’s now accompanied by a couple of us going on camera and chatting about it. They’re a lot of fun to do, and it’s been a great opportunity to talk to our customers again”.

“We’re obviously excited that the pubs and bars are finally re-opening, and we’re getting behind them 100%. For those that are choosing not to go out: we’re certainly not abandoning you. I can see us doing home deliveries for a long time to come.”