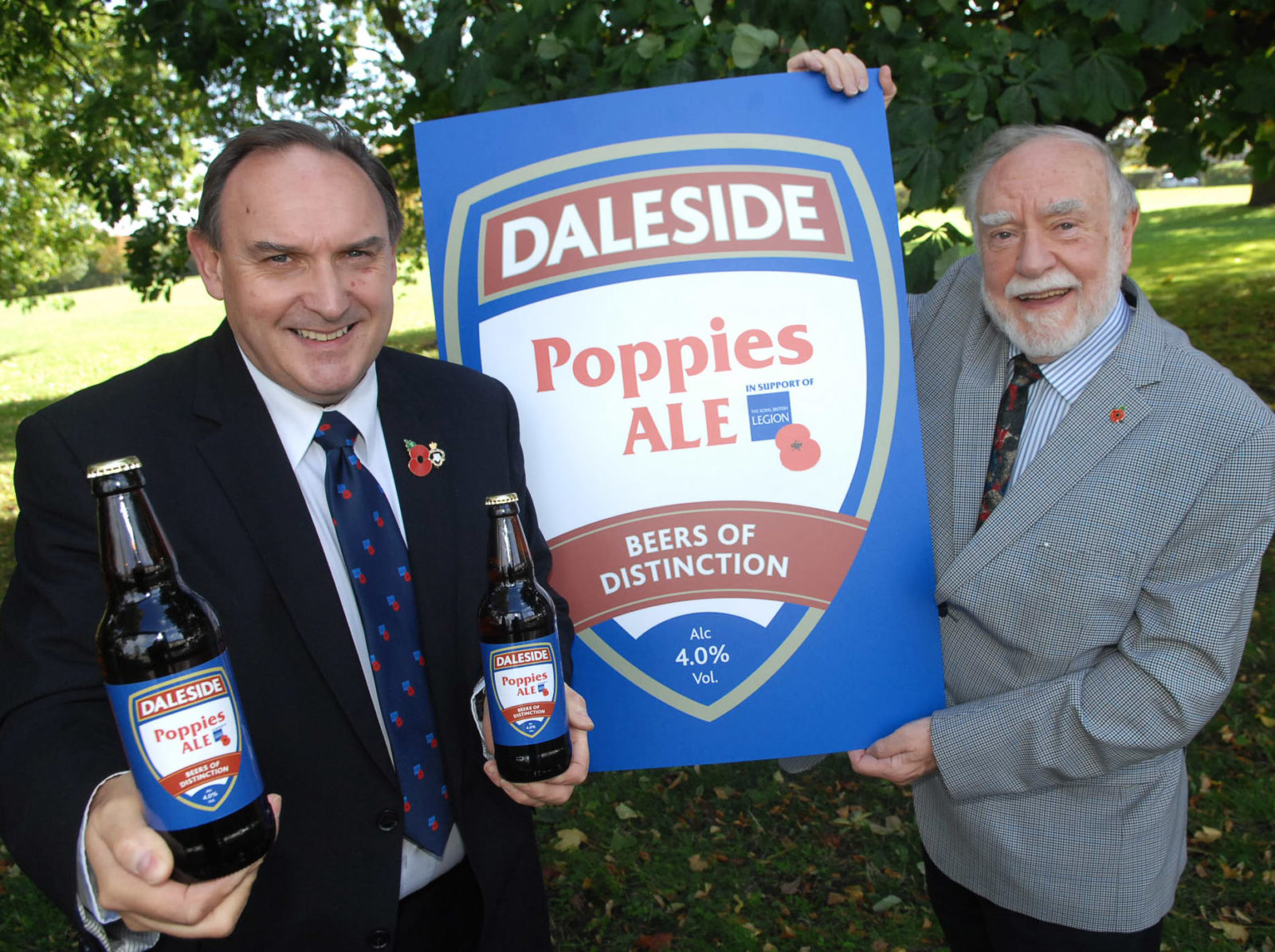 A Harrogate based brewery have created a special ale in support of the 2017 Poppy Appeal.

Daleside Brewery’s new Poppies Ale will be available throughout the North East and North Yorkshire in the lead up to Remembrance Sunday, with the Brewery making a contribution to the Poppy Appeal for each pint sold.

Eric Lucas, Managing Director of Daleside Brewery said: “We’re delighted to be able to support the Poppy Appeal again this year with our specially produced Ale, particularly during the centenary year of the Battle of the Passchendaele. Through the profits from the Poppies Ale, we will be doing our bit to support the valuable work of the Royal British Legion.

Paul Collingridge of the North and East Yorkshire Poppy Appeal said: “It’s fantastic to have the support of a local Brewer such as Daleside, as we know that their ales are in high demand throughout the Region and to have their Poppies Ale to help promote this year’s appeal is fantastic.  We hope that it proves to be a great success.”