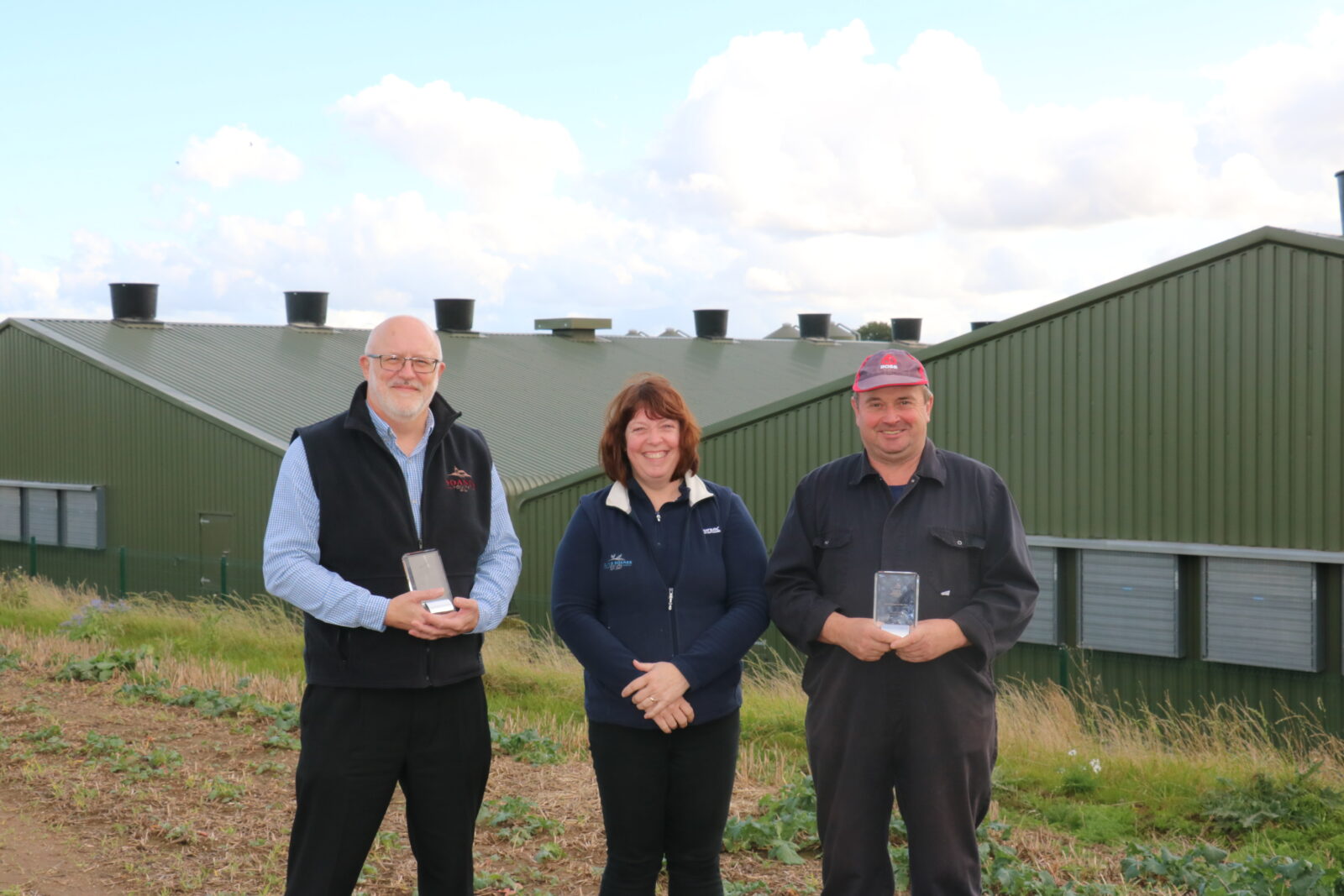 The team at an East Yorkshire poultry business are celebrating after winning two prestigious industry awards.

Soanes Poultry, based at Middleton on the Wolds, beat stiff competition to win Poultry Business of the Year whilst the manager of their sister company, Clive Soanes Broilers’ flagship farm, Graham Bell won the Unit Manager of the Year award at the National Egg and Poultry Awards last week.

Business leaders from all the major egg and poultry firms as well as representatives from industry bodies and egg and poultry producers met in London for the ceremony to celebrate the achievements from across the spectrum of the sector.

The event was hosted by cricketing broadcaster Jonathan Agnew and took place at the Hilton Bankside Hotel, where a total of 13 awards were handed out, covering all aspects of the industry from investment in poultry processing, through to innovation in extra nutritious eggs and excellence in veterinary services.

Family-owned Soanes Poultry have been rearing and preparing chicken in the region since 1947 and supply their award winning range to butchers and independent retailers throughout Yorkshire and to wholesalers nationwide.

Claire Wright, MD of Clive Soanes Broilers said: “We were thrilled to be shortlisted in these prestigious awards and are delighted with our success, especially given the calibre of our competitors. Congratulations to Graham and the factory team for their well-deserved awards,”