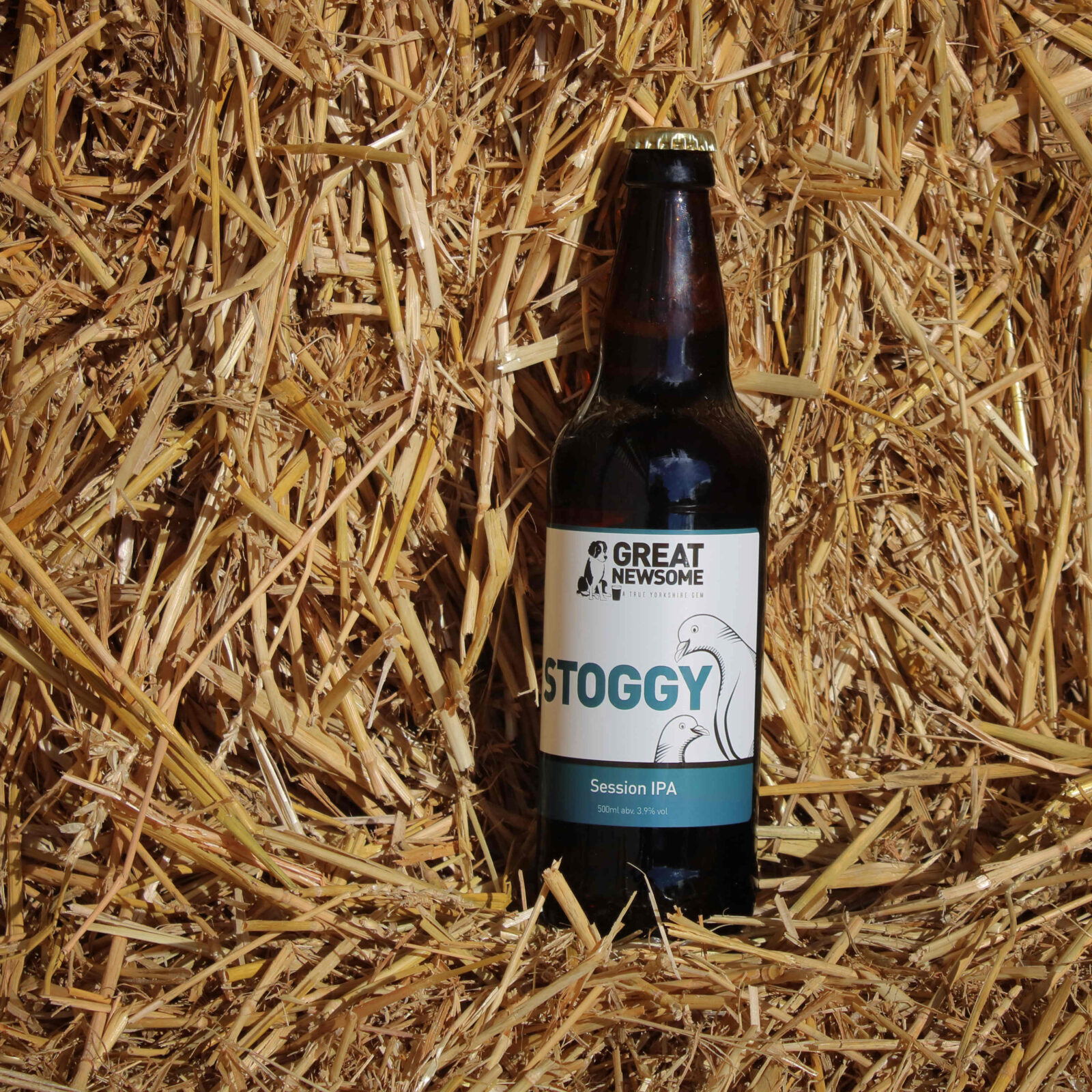 An East Yorkshire brewery have released a new beer, inspired by the local term for a farmland pest.

Great Newsome Brewery, based at South Frodingham have launched Stoggy, a new 3.9% IPA crafted beer by the award-winning team which features a lower ABV and fresh hop flavours inspired by great British IPAs.

Stoggy, more commonly known as the Wood Pigeon, may not be a familiar name to those outside of East Yorkshire, but has long been a persistent and adaptable foe with flocks of blue grey birds feasting on winter crops, and with the team based in the farmlands of Holderness, Great Newsome decided to adopt the bird’s old rural name for their latest bottle beer.

Director Matthew Hodgson said: “I’ve always been familiar with the word, Stoggy but didn’t realise that it was only used in this region.

“Getting inspiration from what we see around the brewery and on our farm really gives our beers character and a story of their own. A Stoggy is one of those birds that is immediately recognisable and although it is seen as a pest to many arable farmers, you have to take your hat off to how they have continued to flourish over the changing rural landscape.”

Run by the Hodgson family who founded the brewery in 2007 after nearly a century of farming in the area, Great Newsome farm has since diversified into other areas including glamping, with the launch of The Little Otchan Shepherd Hut and eco-logging with Holderness Logs, which saw them named as the Yorkshire Post’s Farm of the Year in 2019.

Celebrating their 15th birthday this year, the ongoing success of the brewery is a testament to the success of the business which for 2 years had to radically change its business model in the face of pub and bar closures during the pandemic.

Matthew continues: “The last 2 years have certainly been a roller coaster and so it’s fantastic to see people returning to their local pubs to enjoy a pint of great beer. Peoples buying habits have also changed though and we continue to see customers purchasing beer online through our website for home delivery far in excess of what we experienced prior to the pandemic.

“It is also a relief that in our 15th anniversary year we can once again hold events such as our annual on farm beer festival, Festivale, which we’re looking forward to running again this year in June.”

For more information and to buy online visit on www.greatnewsomebrewery.co.uk