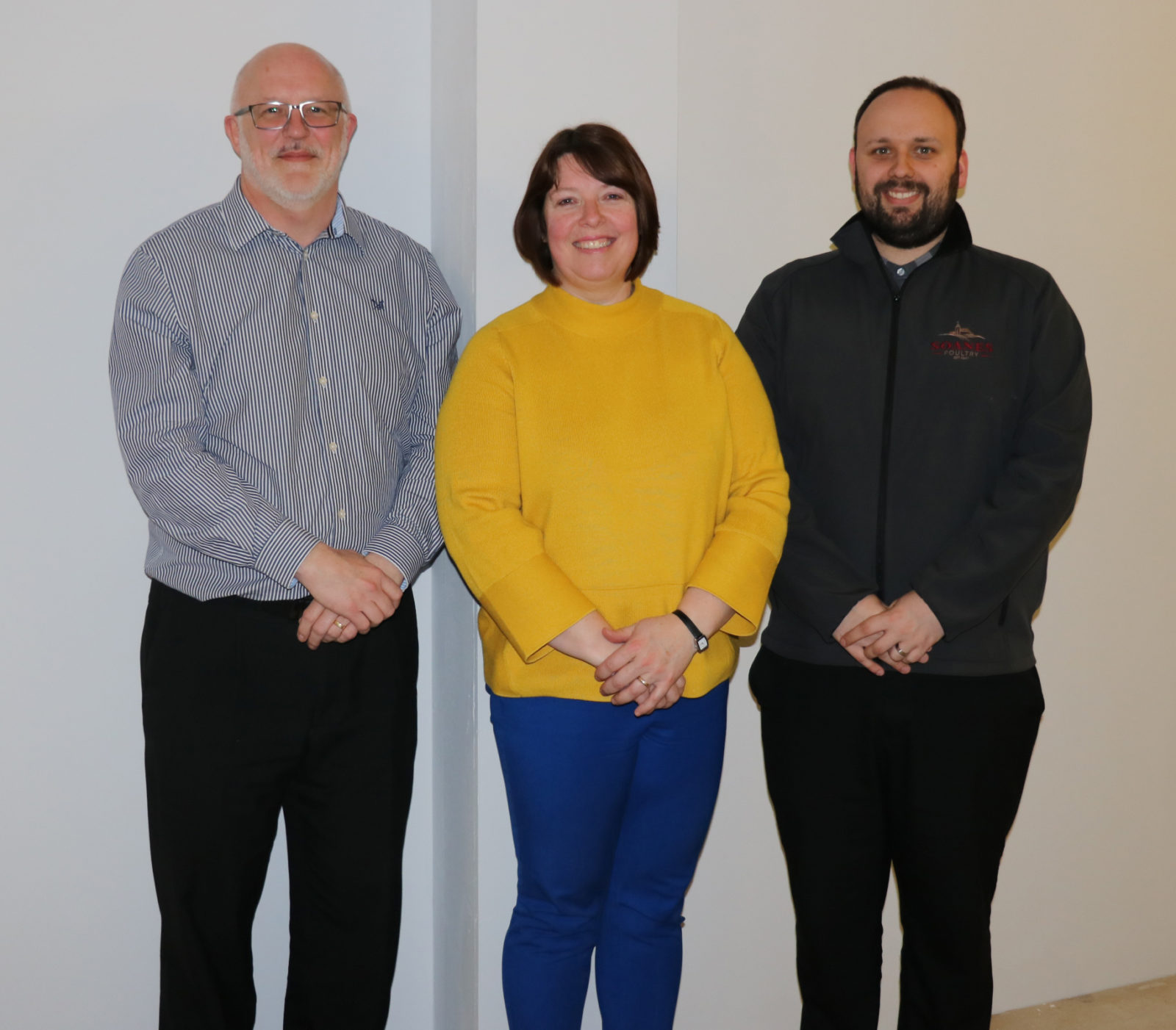 Middleton on the Wolds based family business, Soanes Poultry has restructured its board of directors to strengthen the alignment of business direction with the family values and to ensure succession planning and continuity.

Third generation family board member, Andrew Soanes is joined by wife, Sarah and son, John, who is currently completing his studies at Harper Adams Agricultural College and will return to the family farming business later in the year.

Soanes Poultry’s General Manager, Nigel Upson joins the board as Managing Director and Claire Wright is promoted from Financial Controller to Finance Director in the restructure.

Commenting on the changes, Andrew Soanes said: “Nigel has been successful in giving the business direction and a greater sense of purpose, positioning our local, rural business as a producer of great chicken with high ethical values in national markets.”

Of Mrs Wright’s promotion, Nigel Upson said: “Claire has been a breath of fresh air. Not only has she delivered sound accounting and financial controls, but she has shown a clear determination to drive change and deliver improvement across the business.”

Internally, former Sales Co-ordinator Ben Lee has been promoted to Head of Sales and Marketing and will lead the company’s new business development and marketing strategy.

“Ben is a highly valued member of the team who has made a fantastic contribution to our business over the last 11 years. His promotion is very well deserved and I look forward to seeing him lead the team to great success,” says Mr Upson.

Soanes Poultry is a family owned business that has been rearing and preparing chicken for over 70 years. It employs over 100 people and sells its chicken to butchers and independent retailers in Yorkshire and to wholesalers nationwide.