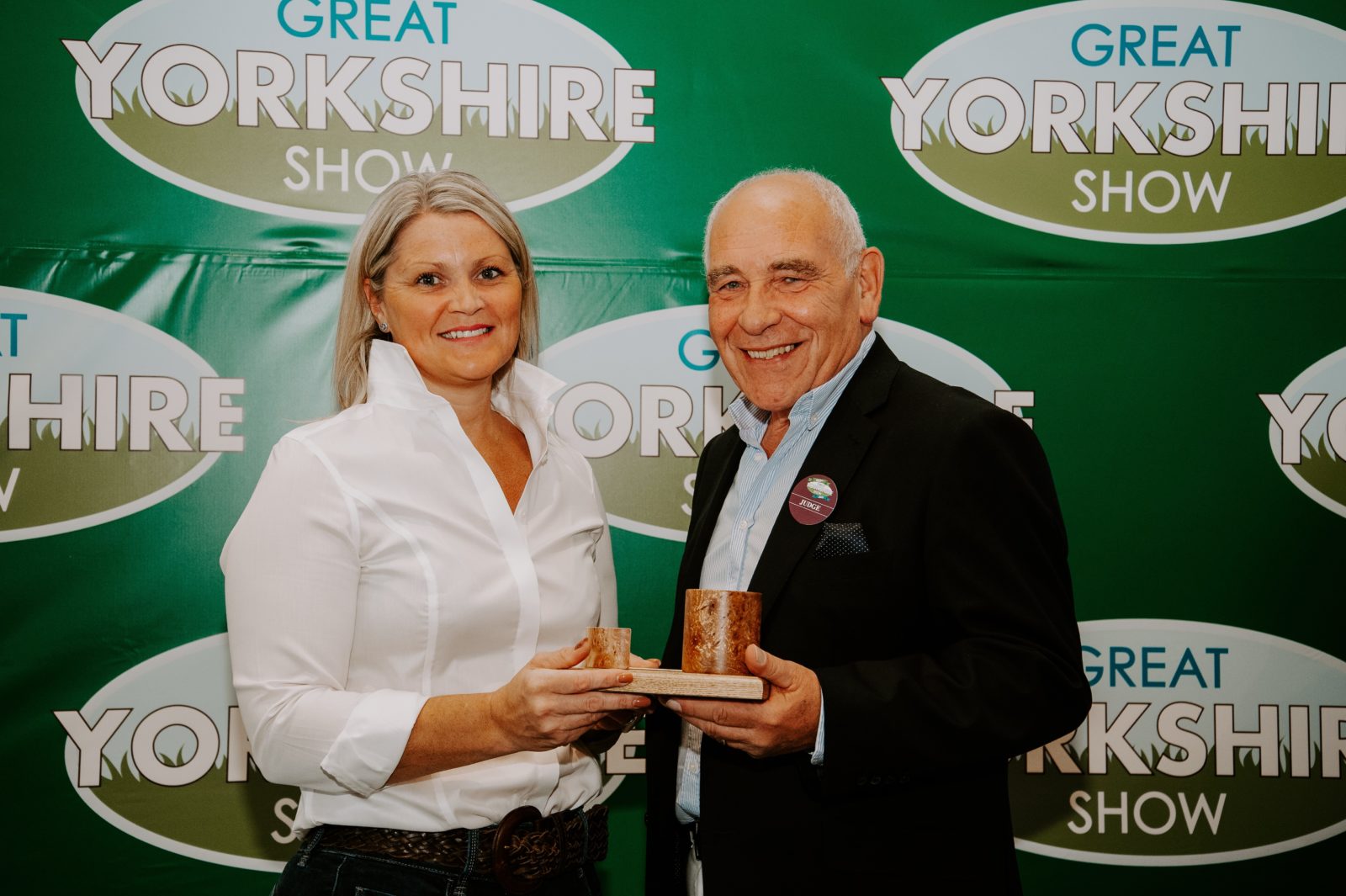 A cheese created by a North Yorkshire based family-run company has been named the best in England at the world’s largest cheese show.

The growing team rubbed shoulders with the great and the good of the dairy industry who descended on Dorford Park in Cheshire to take part in the annual celebration of the very best global cheesemakers and dairy producers which this year attracted more than 40,000 visitors.

Shepherds Purse cheeses were among a record 5,000 plus cheeses of every type entered from 26 different countries and judged at the event by some 300 experts.

This year’s 160th Great Yorkshire Show also proved a winning one with Shepherds Purse picking up the coveted Best Blue Cheese in Show for Mrs Bells Blue, which was also awarded Gold in the Blue Cheese (hard or soft category, excluding Stilton) and Silver in the Soft Blue class.

Other accolated at the Show included a Gold in the Soft Blue Cheese class for Blue Monday, which is made by Shepherds Purse for Blur star Alex James, a Silver for Yorkshire Blue and a Bronze for Mrs Bells Blue in the Made with 100% Ewes Milk class.    Katy’s White Lavender also too home a Bronze in the Cheese with added flavour line up.

­­Caroline Bell, Director at Shepherds Purse Cheeses said: “The team is absolutely delighted to win such prestigious prizes.  We are so proud to scoop so many awards which is a kitemark for the continued quality, innovation and consistency of our handcrafted cheeses made in Yorkshire.

“To win top accolades for both Yorkshire Blue on the world stage and Mrs Bells Blue on home territory is amazing.  We are delighted to fly the flag for English cheeses and indeed Yorkshire among some of the best, top class cheeses from around the world and our region.”