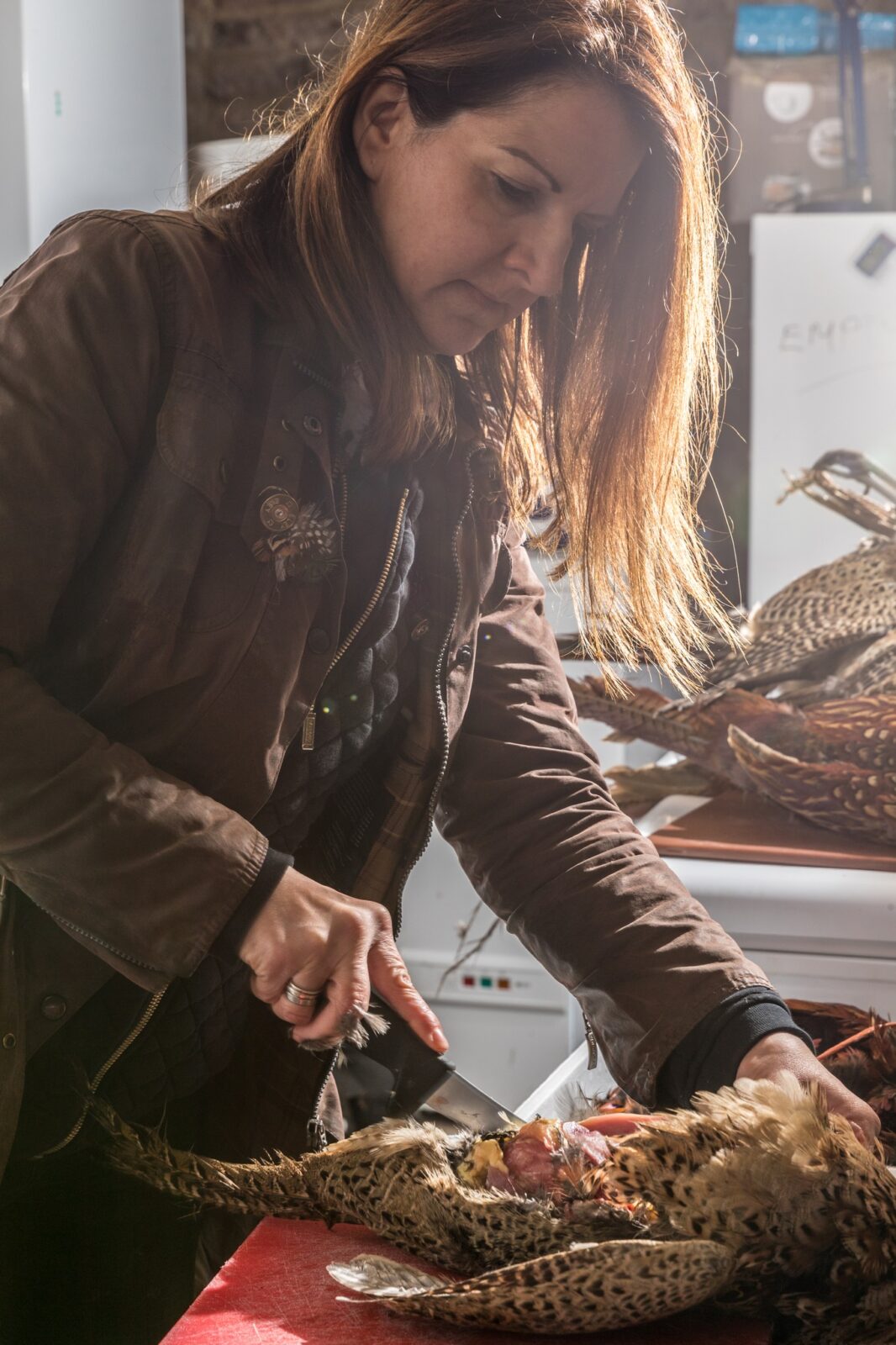 A Yorkshire company who create delicious dishes from local game meat have been honoured at a national awards ceremony in London.

Glorious Game based at Boroughbridge in North Yorkshire were awarded second place in the Best Added Value Product or Innovation category at the Eat Game Awards for their Yorkshire Fried Pheasant.

Sponsored by Beretta Gallery London, the category was one of eight at the prestigious awards, which marked the culmination of a national search to find businesses and individuals championing the use of wild game in Britain.

Founded by Sophie Bagley as a way to use up the surplus wild game meat on local estates during the shooting season, Glorious Game‘s range includes a number of ready meals, that can be cooked from frozen in either a microwave or oven, including Pheasant Satay Stew, Pheasant and Black Sheep Pie Cottage Pies and Lasagne as well as many others.

Sophie said: “As a one-man band with a day job it’s hugely flattering to be runner up at these national awards.

“Glorious Game’s raison d’etre is to help increase the appeal of this hugely underappreciated but delicious, lean and nutritious meat, which is so often over-looked or disliked for no good reason. I wholeheartedly believe that presenting it in a familiar way makes it more tempting for a wider audience, far beyond those who have grown up in the countryside.”

The awards, which are organised and run by the British Association for Shooting and Conservation (BASC), were founded in 2018 and aim to promote the nutritional, taste and sustainability benefits of British wild game.  The ceremony was hosted by rural TV presenter Adam Henson who announced the winners of the eight categories after the long judging process.

Sophie continues: “Everything Glorious Game does is 100% about the game.  Each and every dish is made from local game, predominantly, though not solely pheasant. Nothing is padded out with pork meaning the dishes are healthier than mainstream alternatives and are preserved by freezing, meaning no nasty additives or preservatives are required. Pheasant is lower in fat and cholesterol and higher in protein than chicken, which is many people’s default healthy option. Game is also highly sustainable, so eating it is both good for us and good for the environment – what’s not to like?!”

Since their inception, the Awards have grown year on year, and received over 11,000 entries this year from across the country with the shortlisted businesses and individuals in each category going forward to be judged.

Annette Woolcock, Eat Game Awards co-ordinator and BASC’s head of wild food said: “It’s important that the Eat Game Awards reward those who add value to their products as this is often the first way a consumer will try game meat.  This is one of our most popular categories so a huge congratulations must go to Glorious Game. Its Yorkshire Fried Pheasant is such a great product and was commended by judges for its taste and for its fully recyclable and compostable packaging.”

For more information about Glorious Game and to buy their range online visit www.gloriousgameltd.co.uk