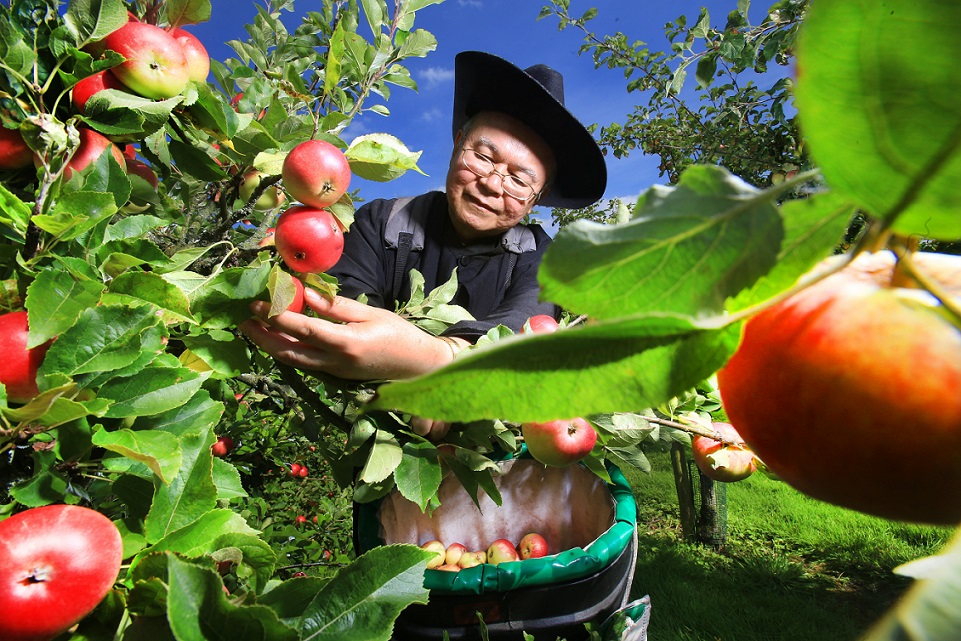 The annual apple harvest has begun in earnest at the iconic Ampleforth Abbey Orchard in North Yorkshire.

The Orchard, which is the largest commercial orchard in the North of England, is home to some 2,000 trees of over 40 varieties.  The apple harvest begins each year with the early ripening varieties Beauty of Bath and Discovery and continues on until the end of December with final Belle de Boskoop variety. 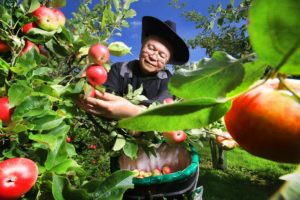 With all the apples still picked by hand across several months and so many different varieties grown at the Abbey, the period between August and December is a busy one for the Ampleforth team.

Set in one of the regions Areas of Outstanding Natural Beauty, it’s the UK’s largest and most forward-looking Benedictine community and once the apples have been safely harvested they are used to produce the multi award-winning Ampleforth Abbey Cider, Apple Liqueur and pressed Apple Juice which are pressed, fermented and bottled in the on-site Cider Mill, where the Abbey also started selling Ampleforth Abbey Beer from in 2012. Derived from a 17th century recipe in the Belgian Trappist style, the beer is now brewed in partnership with the local Little Valley Brewery.

Tim Saxby, Orchard Manager said; ‘We started picking on Monday and we have already pressed some of the apples for juice. We’ll be bottling this later the week, then the juice will be available for sale in the Abbey Shop.  You can’t get much fresher or more locally sourced and for us it’s a case of ‘food metres’ rather than food miles!’