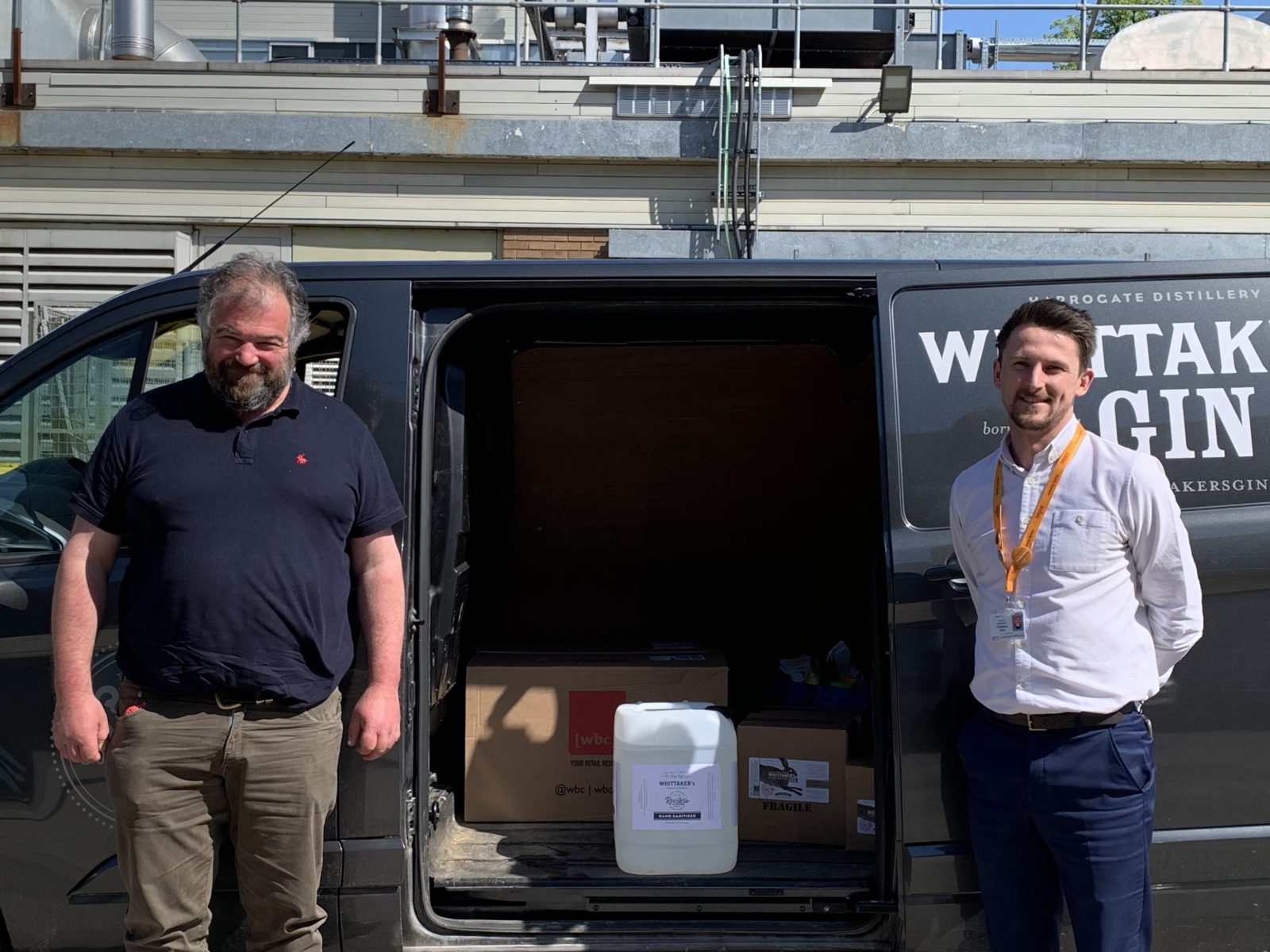 Two North Yorkshire drinks businesses have collaborated to supply the NHS with ethanol.

Toby Whittaker, owner of Whittaker’s Gin based near Harrogate approached Rooster’s Brewery to propose using beer, that would otherwise have become unsaleable due to the current lockdown of pubs and bars, to create the much-needed product which is used to sterilise vital medical equipment.

The brewery’s typical 4% strength beer makes an ideal distillation base material to create the ethanol and 1000 litres were delivered to the distillery at Dacre to begin the process.

The team at Whittaker’s were then able to distil the surplus beer into pure alcohol using their 21 plate distillation column and 40 litres of pure alcohol were produced which was then subsequently bottled and delivered directly to the intensive care unit at Bradford Hospital.

A family run business, Whittaker’s Gin produce a range of award-winning spirits from their farm in the heart of the Dales.  Having had their visitors centre closed over recent weeks due to the lockdown measures, the team were keen to find ways in which they could help.  Toby Whittaker said: “I was approached by consultant anaesthetist Michael McCooe from the intensive care unit at Bradford Royal Infirmary. He asked if we had any ethanol they could have for disinfecting their respiratory masks. That prompted me to ask Rooster’s Brewery if I could use any surplus beer they had to distil it in our distillery to help.”

Ian Fozard, Rooster’s Director said “When Toby approached us it became clear that it was an obvious way for us to help out – we have been sat on a large quantity of beer in casks that is rapidly going out of date and would otherwise have to be disposed of down the drain.”

Ian continues: “It’s gratifying that something that would have gone to waste has been turned into something so useful and is going to good use in the NHS during these difficult times.”

For more information and to buy their range online visit www.whittakersgin.com