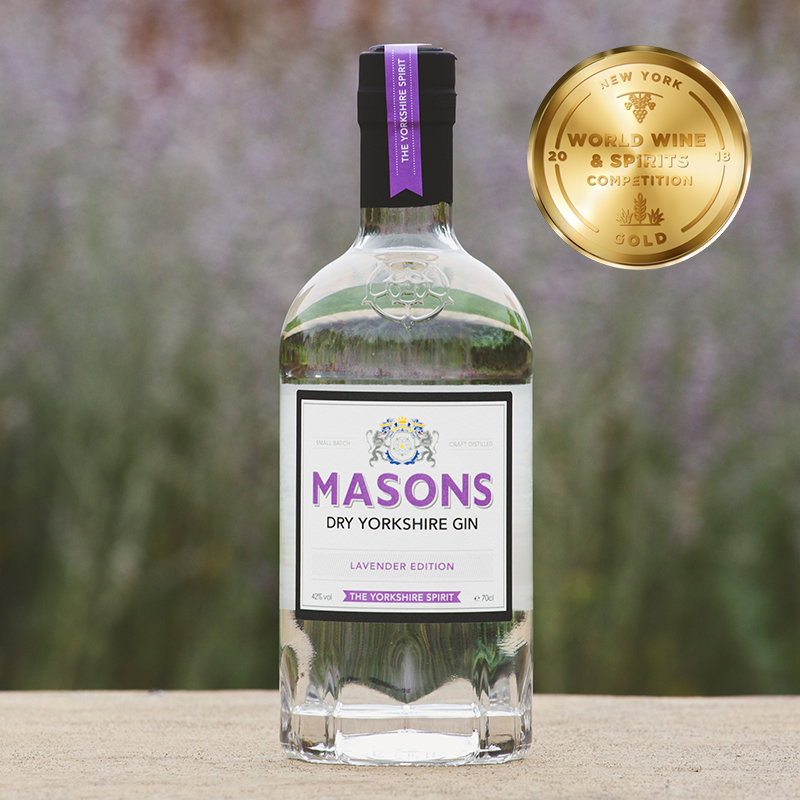 Bedale based Masons Yorkshire Gin are celebrating after scooping 7 international awards this month.

Masons much loved Lavender Edition won gold at both the CWSA and NYWSC awards, whilst their popular Peppered Pear also won gold at the CWSA.  Their Masons Original won Silver at both competitions and the Tea and Peppered Pear Editions both took home Bronze at the NYWSC.

Masons Lavender edition has been in the range since 2015 and whilst The Peppered Pear edition was introduced as a ‘Special Edition’ at the Harrogate Christmas Market in 2017 it has become a firm favourite with Masons fans and has now been installed as a core fixture for the range and is now available in 5cl, 20cl and 70cl! Both editions, which are incredibly unique in flavour are made with distinctive and locally sourced botanicals and ingredients.

Cathy Mason, Co-Founder of Masons Yorkshire Gin, commented: “Myself, Karl and the team work incredibly hard to ensure we continually produce the highest quality gin we possibly can, so we‘re really honoured with our recent global awards.”

Founded in 2013, Masons range of award-winning spirits are available across the UK in supermarkets such as Morrisons and Booths and high-end department stores such as Harvey Nichols. For a full list of stockists and to buy online visit masonsyorkshiregin.com