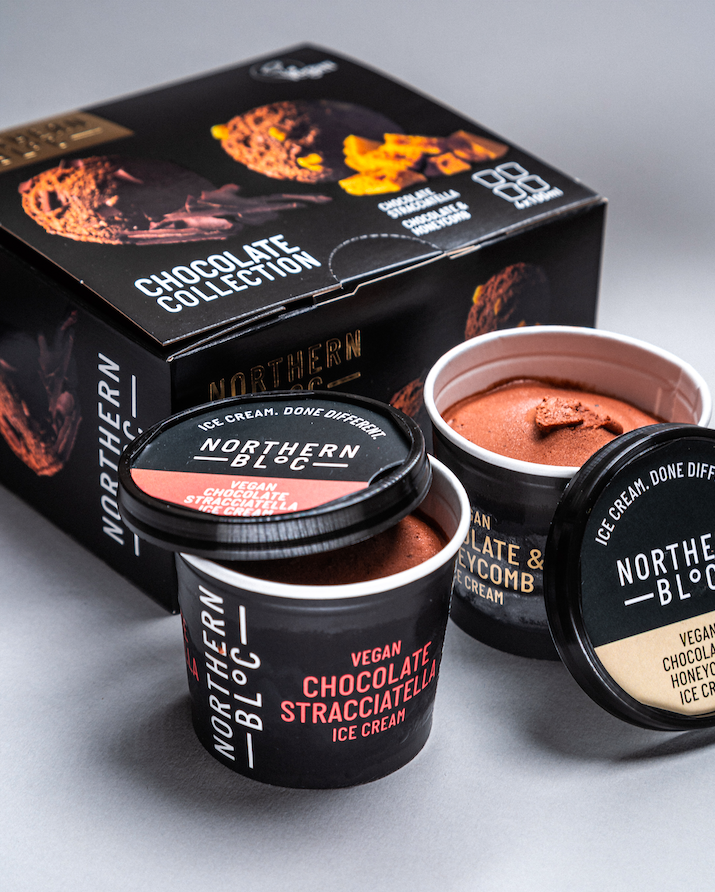 Known as the alchemists of the ice cream world for their diverse range of products, the Leeds based company’s new mini tubs, which are the first ones available in UK supermarkets will be on the shelves of Waitrose stores from the end of March.

The new listing comes at the start of a busy and successful year so far after the team were able to secure a seven figure sum from Mobeus Equity Partners to fulfil its ambitious expansion targets in the growing plant-based sector. Whilst the brand produces both vegan and dairy products, the funding is as a direct result of the ongoing success of their vegan range and the funding will go towards increasing production capacity, strengthening the team and focusing on brand experience across retail and out of home.

Originally founded by Dirk Mischendahl and Josh Lee in 2014 through a shared passion for food and sustainability, the team brought on board Manolo Imperatori, a fourth generation, world champion ice cream maker a year later to expand and develop the range.  Working as chef and chief creative Manolo now works from a purpose-built lab and develops Northern Bloc’s new flavours, techniques and experiences including the newest chocolate additions.

Dirk Mischendahl said: “Northern Bloc is proud to be at the forefront of bold, innovative, amazing tasting products.  Our aim is to continue to grow our business, building on our strong base in the retail market whilst maintaining our premium offering for the out of home sector.”

The team, whose range also includes dairy ice cream / gelato hybrid varieties and use high quality, responsibly sourced and natural ingredients, launched their first plant based products back in March 2018.  Originally featuring just 4 flavours, their continued popularity with customers around the country has meant that the range now includes some 15 vegan varieties with plans to develop and grow it further in the future.

Thankfully able to continue production throughout the spring and summer lockdown, Northern Bloc have also sought to support their stockists in other industries who were hit hard by the pandemic including theatres who had previously stocked their ice creams.  November 2020 saw the launch of a new vegan white chocolate ice cream, exclusively available at Waitrose which raised money for the struggling industry as part of the Theatre Support Fund​+ organisation to coincide with what should have been the launch of the pantomime season.