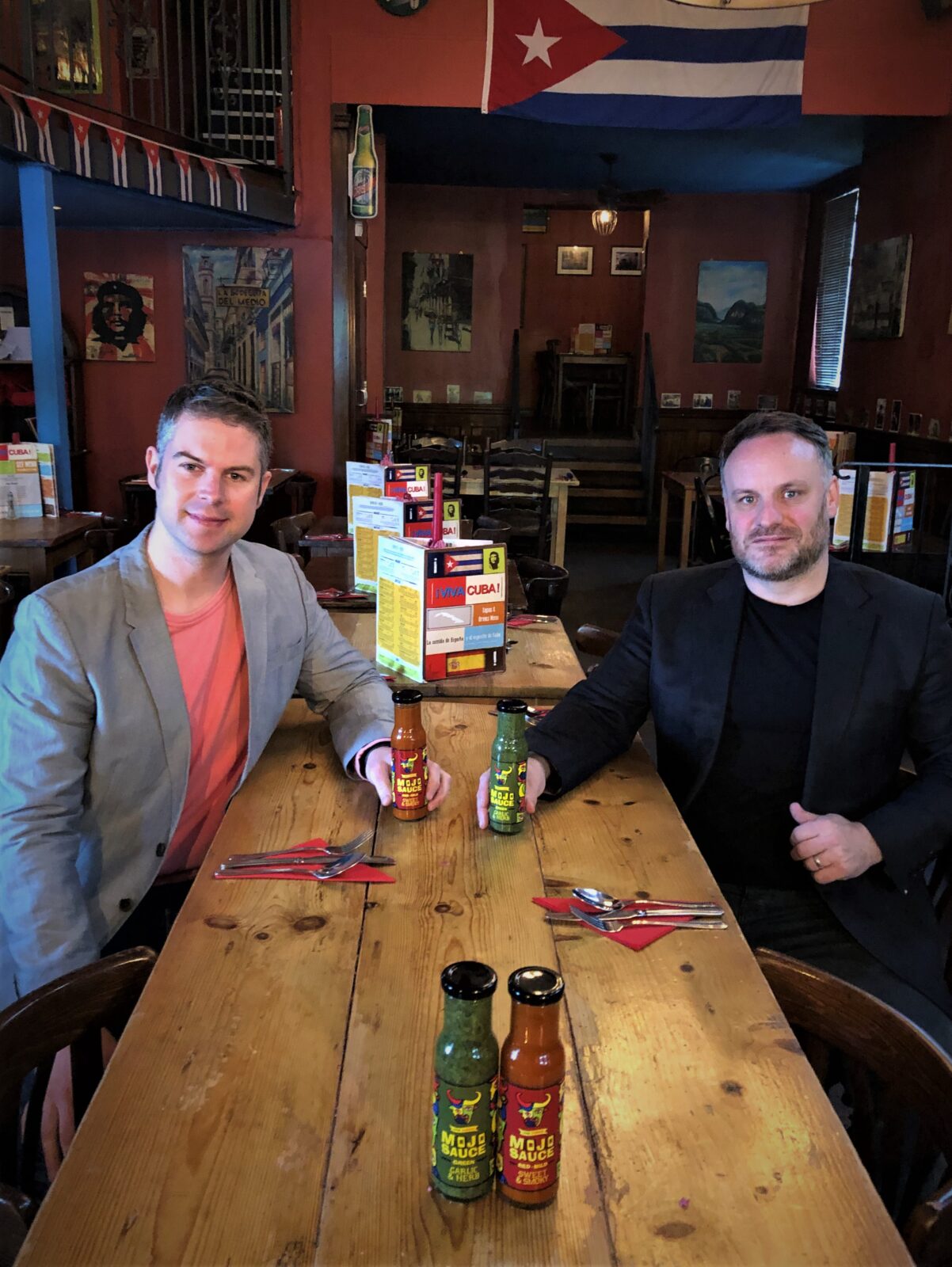 A Leeds based restaurant with a passion for Latin cuisine will have their own range of sauces stocked in Co-op supermarkets from next week.

Founded in 2001, Viva Cuba restaurant serves a Cuban tapas menu heavily influenced by Spanish and South American cuisines.  Around 10 years ago they introduced traditional Red and Green Mojo sauces to the menu which became an instant hit with customers and so the team began bottling and selling directly from the restaurant itself.

Director of Mojo Sauces James Homer said: “When we introduced the sauces to the restaurant the response from our customers was incredible.  As a result we decided to team up with Seasoners Fine Foods to develop and refine them specifically for the retail market and the results so far have been really positive.

“Mojo sauces are very popular in South America, North America, Western Europe and the Caribbean and what sets Mojo apart from other sauces is their versatility as they can be used as a dip, a pouring sauce and a marinade.”

Originating in the Canary Islands, mojo sauce comes in two main distinct varieties – Red Mojo (Mojo Rojo) and Green Mojo (Mojo Verde). The red mojo’s main ingredient is smoked paprika which gives it a delicious sweet and smoky flavour, making it ideal for pairing with meat, burgers, nachos and fries whilst the green is packed with garlic and fresh herbs and is delicious when added to soups, sandwiches or even mashed potato!

James continues: “Latin cuisine is in the middle of an incredible renaissance at the moment and the popularity of Spanish food and tapas in the UK is phenomenal. We saw a gap in the market as there are no Spanish sauces on sale in the UK so decided to take advantage of this opportunity and market our own.

“We’re really pleased to be working closely with the Co-op and stocking our range in their bigger regional stores.  We’re looking forward to getting customer feedback and hopefully expanding the range in the near future.  The two sauces provide incredibly versatile ‘bases’ from which to grow the range and our Mojo Mayo is ready and waiting to be launched along with various other products in the pipeline too.”

Already available to buy in Morrisons, both the Red and Green Mojo sauces will be stocked in 21 of the region’s larger Co-op supermarkets from March 22nd, including Leeds, Doncaster, York, Harrogate, Huddersfield, Sheffield, Bridlington and Whitby.