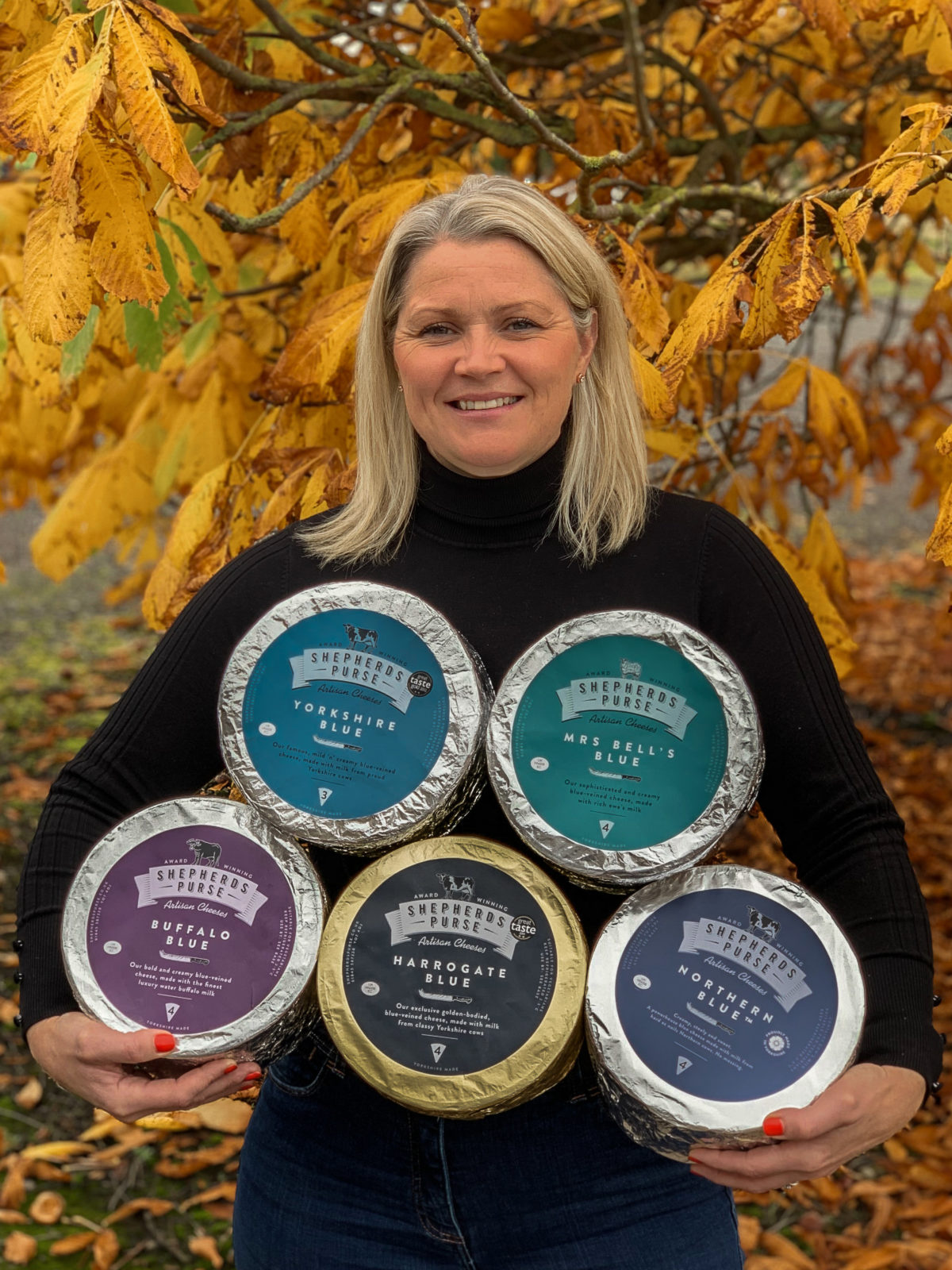 Thirsk based artisan cheese producer, Shepherds Purse Cheeses, are celebrating after scooping a record number of medals at this year’s World Cheese Awards.

The annual competition which this year was held in held in Bergamo, Italy, attracted nearly 4000 entries from producers across the globe and the family run business enjoyed a record-breaking year with each of their five blue cheeses picking up top awards.

A truly global event, the World Cheese Awards has been bringing together cheesemakers, retailers, buyers, consumers and food commentators for over three decades. Visiting Italy for the first time this year, the Awards welcomed some 260 cheese experts from across the world to judge the thousands or entries.

Shepherds Purse Director Caroline Bell said: “Every award we win is a reflection of our incredible team and the quality of the artisan cheeses we produce on the family farm.

“We’re so proud to have enjoyed another great year of awards, and the results at the World Cheese Awards have provided an exceptional finish to the 2019 season. To win three Golds and two Silver medals is a tribute to the consistent world-class quality of our handmade cheeses and the true passion that goes into each and every cheese that leaves the dairy.

“We congratulate all the medal winners and are delighted to fly the flag for English cheeses, and indeed Yorkshire cheeses, on the world stage.”

Shepherds Purse range of award-winning cheeses are available to buy online, in selected supermarkets and at independent retailers throughout the region and beyond.  For more information visit www.shepherdspurse.co.uk