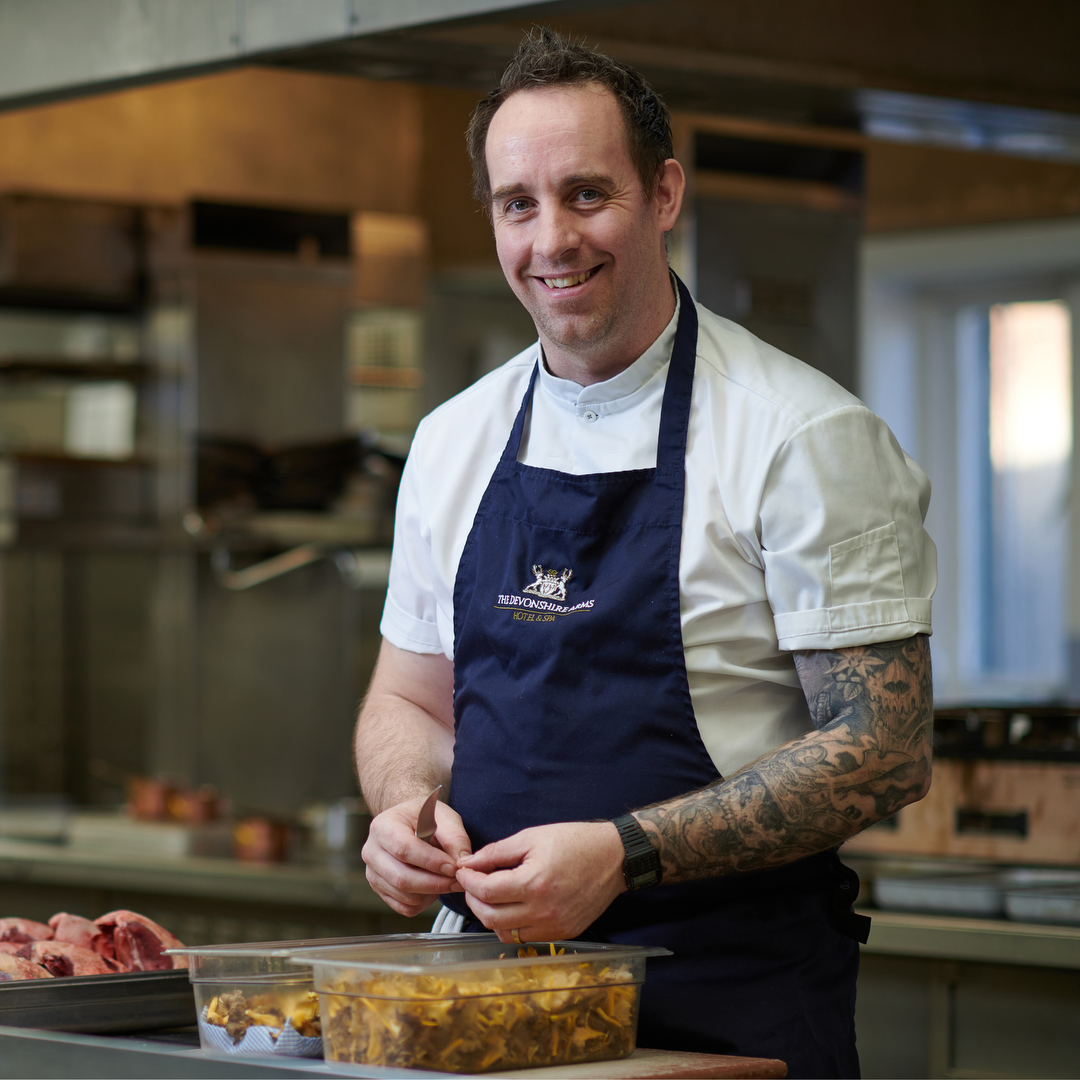 The Devonshire Hotels and Restaurants Group have announced the appointment of a has a new Head Chef at their Hotel and Spa at Bolton Abbey.

Appointed in September, Chris O’Callaghan will head up the Burlington Restaurant and The Brasserie, alongside their numerous pop-up ventures, such as this season’s Laurent-Perrier Champagne and Seafood Terrace.

Originally from Cheshire, Chris’s culinary skills were rooted in some of the South’s most prestigious restaurants, most notably Gravetye Manor, L’Ortolan and Paris House. Since his return North, Chris has enjoyed Head Chef roles at Linthwaite House Hotel, The Castle Dairy in Kendal and Goldsborough Hall which have nurtured his culinary prowess.

As well as his passion for top quality produce, Chris is an advocate for nurturing the Chef talent of tomorrow and enjoys giving time to youngsters who are also embarking upon a hospitality career, which will assist greatly with the new Hospitality Training Academy recently launched by The Group.

Chris said: “I’m overseeing the creation and delivery of menus across a varied collection of outlets and hope to grow a team that will develop with me over the coming years, working with our suppliers and kitchen gardener to improve the brigades’ understanding of the produce around us in Yorkshire.

James O’Donnell, Head of Operations, Yorkshire for Devonshire Hotels and Restaurants Group, added: “In offering Chris this key role, it’s a given that we selected an accomplished professional, capable of creating amazing plates of food and showcase our local ‘pantry’ as it were and we also sought an individual who will inspire, motivate and develop the teams to be the best that they can be. With the Academy now ongoing for new starters and other developments in the pipeline, this area of his talent will really shine.

“We are embarking upon a progressive period of development and Chris will play a pivotal role in this. We wish him every happiness and success in this next step of his career as a key player in the Devonshire Group family.”

For more information on the new appointment and to book a table online visit www.devonshirehotels.co.uk