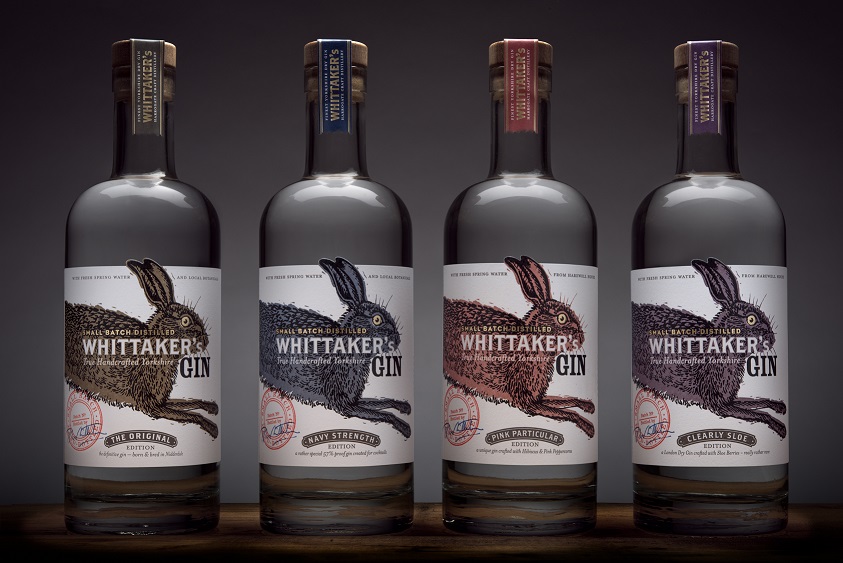 Whittaker’s Gin, run by husband and wife team Toby and Jane Whittaker will now be stocked across the region in Booths supermarkets as well as internationally, having received orders from Swiss based firm Globus who are known the ‘Harrods of Switzerland’ in their 12 department stores.

Started 2 years ago this month from their home in Dacre Banks near Pateley Bridge, Whittaker’s gin has gone from strength to strength having collected a raft of both national and international awards for their products.  The firm have also expanded their workforce and now employ 5 people including Distillery Manager Tom Stoddart and have plans to expand their range of products further over the coming year.

Toby Whittaker said: “Our official birthday was on 1st August which also happened to be my 50th birthday so these two orders from such prestigious stockists are a great way of marking the occasions and celebrating what we have achieved over the last 2 years. The support we’ve received since we started the business has been fantastic and without our customers love of Whittaker’s, none of this would have happened!”

“Our extended range, which we launched in November 2016 has taken off way beyond our expectations and we are hoping to announce the launch of 2 more products in the very near future.”

As well as continuing to supply retailers throughout the region and nationally, Whittaker’s Gin have also been invited to represent the region at the upcoming Gilbert and Sullivan Society festival as part of their 3 week event at the Royal Hall in Harrogate from 4th – 20th August, where they will be serving gin and tonics and their range of gins alongside other local artisan businesses from the region.

Whittaker’s gin is available throughout the country and online at www.whittakersgin.co.uk