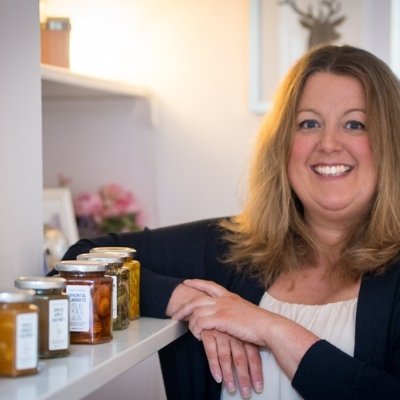 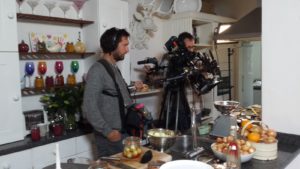 A York based artisan pickle producer is to be featured on James Martin’s Home Comforts at Christmas programme on Monday, showcasing her individual take on the festive season.

Sarah Puckett, owner of the award winning Pucketts Pickles, was invited to recreate a traditional Puckett family Christmas on the show after she was recommended by one of her products London stockist.

The BBC film crew followed Puckett as she foraged for sloes to make her Yorkshire Redcurrant and Sloe Port Chutney as well as creating stocks of Captain Puckett’s famous pickled onions, using her Carrot and Cardamom Chutney to glaze a Boxing Day ham and decorate her home with vegetable garlands. 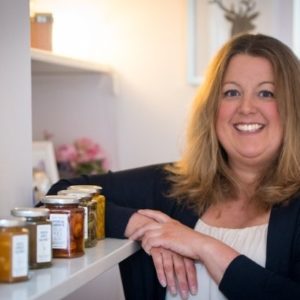 Heworth based Sarah, who hand makes her Yorkshire pickles and chutneys using seasonal produce in her kitchen, launched Puckett’s Pickles in 2013 and now stocks a range of farm shops, delis and cheesemongers throughout Yorkshire and beyond.

The Pucketts were a family of seafarers and Puckett’s Pickles is inspired by family recipes. My grandfathers would bring back exotic spices from their travels and my grandmothers would make them into the most amazing pickles and chutneys.

“As a child, I was encouraged by my Mother to think of the true meaning of Christmas and we always made personal gifts like pickles and chutneys to give to friends and relatives.”

“As a ship’s Captain, my Father was often away at Christmas, so we had an artificial tree to make the house festive for his return. My mother and I missed the scent of a real tree, so we used to decorate our home with garlands made using herbs, spices, vegetables and flowers.”

James Martin’s Home Comforts at Christmas with Puckett’s Pickles will be aired on BBC One at 15.40 on Monday 14th December.